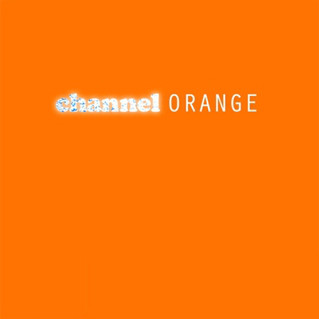 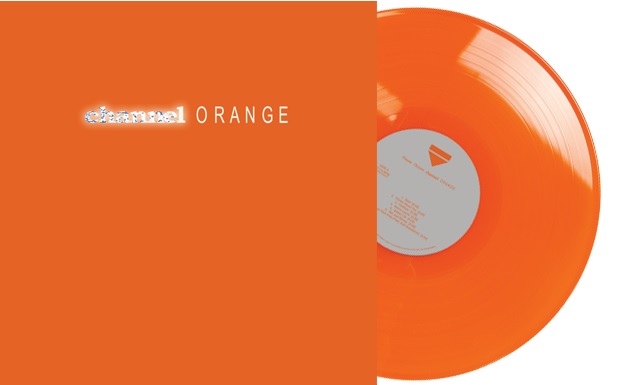 Def Jam's contracted edition of Frank Ocean's Nostalgia, Ultra never materialized. The label nonetheless released two of the mixtape's songs as singles. One of them, "Novacane," clashed with everything else on the radio, reached the Top 20 of Billboard's Hot R&B/Hip-Hop chart, and crossed into the Hot 100. The singer's presence spread with appearances on Goblin, 4, Watch the Throne, and The OF Tape, Vol. 2. He then completed this album with Malay, Om'Mas Keith, and Pharrell as his co-producers. Journalists present at June pre-release listening events speculated that some of the lyrics revealed Ocean's bisexuality. Ocean subsequently published a screen shot of a document, dated December 27, 2011, that included details of a crushing romantic relationship with a male. Ocean also revealed that he wrote for the sake of his sanity and credited his inner circle: "I'm sure these people kept me alive, kept me safe." One listen to Channel Orange makes it obvious that he is as free as an artist as he is as a man. The album doesn't have as many slyly powerful hooks as Nostalgia, Ultra, but Ocean's descriptive and subtle storytelling is taken to a higher level. He's up there with Bilal. As easy as it is to listen to Ocean's voice in long stretches -- he's casually expressive -- the number of deep ruminations over slow tempos requires some patience. Even the lone song that could be termed a banger is a ten-minute suite that takes 90 seconds to get on the floor; the song with the widest and most creative scope as well, "Pyramid" shifts from "my black Queen Cleopatra" and ancient Egypt (over swift synth funk) to "Your love ain't free no more" and a strip club (over booming, low-profile slickness). The lighter moments, such as the loose and bright "Sweet Life" and the relatively exuberant "Monks," both of which would be standouts on any N.E.R.D. album, offer more than bright coating, dealing in surrealism and sharp observations that are equally penetrating. On the other end, the most personal song is "Bad Religion," a phenomenal brokenhearted ballad consisting of organ, piano, strings, and handclaps: "This unrequited love/To me it's nothing but a one-man cult/And cyanide in my Styrofoam cup." Everything that falls between, counting the rumbling drug dependency tale "Crack Rock," the snapping/swooning "Pilot Jones," and the longing falsetto shuffle "Thinkin Bout You," is vivid and worthy of complete immersion.

Frank Ocean (born October 28, 1987) is an American singer/songwriter and member of the gleefully-hedonistic hip-hop collective OFWGKTA. He was born Christopher Edwin Cooksey (later legally changed to Breaux) in Long Beach, California, and moved to New Orleans with his family as a young child. He has helped pen tracks for Justin Bieber, John Legend, Brandy, and Beyoncé. In 2011, Ocean released his debut mixtape, Nostalgia, Ultra, for free via his Tumblr. After high school, Ocean enrolled in the University of New Orleans to study English. However, he had to suspend his studies due to Hurricane Katrina and its devastating effects that took place in the summer of 2005. His home and personal recording facility were destroyed, and after briefly studying at another college, he dropped out and moved to Los Angeles, California to pursue a music career. Ocean joined Los Angeles-based collective OFWGKTA, whose members he met through mutual friends, in 2009. At the end of 2009, he met Tricky Stewart, who helped Ocean sign a contract with Def Jam Recordings as an artist; however, he was initially unable to build a successful relationship with the company. In an April 2011 interview, Ocean intimated that his relationship with Def Jam had strengthened since the release of his mixtape. On April 28, 2011, Ocean was arrested on unspecified charges by the LAPD, and was released on the morning after on April 29, 2011. Ocean joined his OFWGKTA bandmates for the first time on tour from May 12 to May 19, 2011. On May 31, 2011, Def Jam released the single Novacane on iTunes soon followed by Swim Good Taken from his mixtape Nostalgia, ULTRA. Ocean's first "proper" album, Channel Orange was released on July 17, 2012. On April 23, 2015, he legally changed his name to "Frank Ocean" after attempting to do so a few times in the previous several years. In 2016, he released the visual album Endless alongside his second studio album Blonde, following several years of delays. "Blonde" debuted at number one in the United States and the United Kingdom. In 2017, Ocean released several singles, including "Chanel" and "Lens" through his Blonded Radio show, and made several appearances on other songs by artists like Calvin Harris, A$AP Mob, and Tyler, the Creator. The next year, he released his cover of "Moon River", a popular 1960s song from the film "Breakfast at Tiffany's". At the end of 2019, he released two more singles: "DHL" and "In My Room". At the beginning of April 2020, "Dear April" and "Cayendo" were released, the latter's title translating to "Falling" in English. Read more on Last.fm. User-contributed text is available under the Creative Commons By-SA License; additional terms may apply.