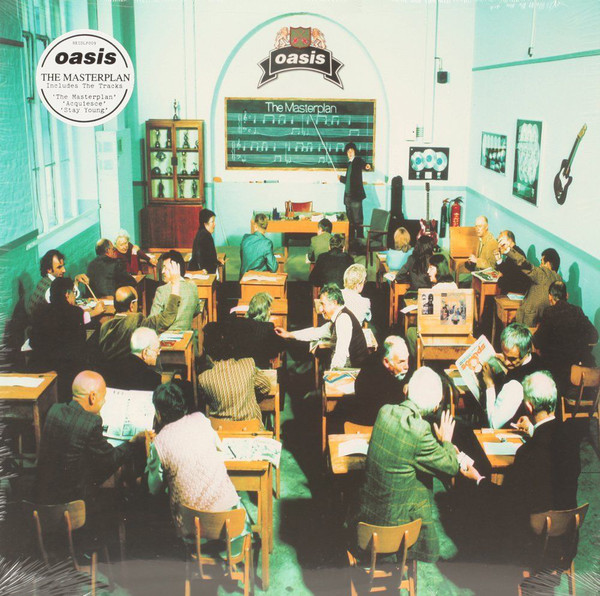 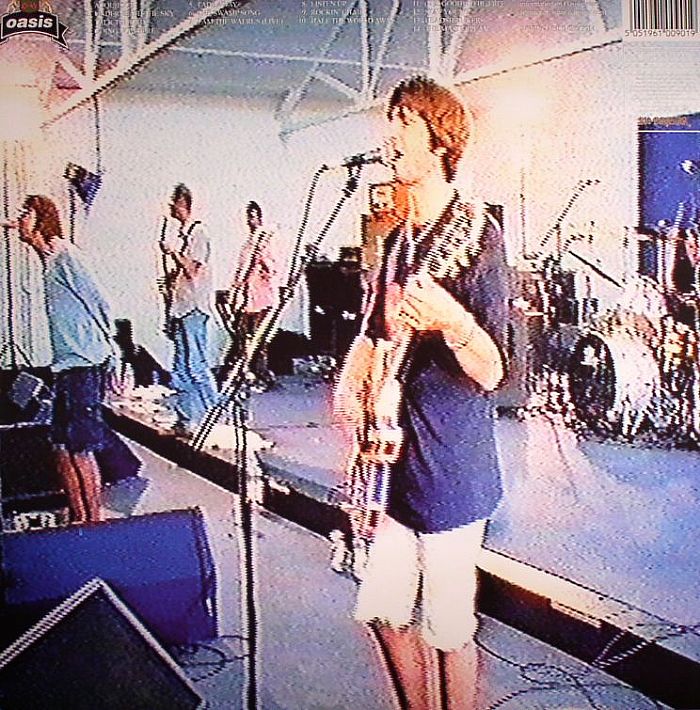 - NEW RELEASE
Sorry, this item is currently unavailable.
ARTIST:
Oasis
TITLE:
The Masterplan
LABEL:
Big Brother
CATNO:
RKIDLP009X
STYLE:
Rock / Rock / Indie Rock /
FORMAT:
Vinyl record
DESCRIPTION:
Rock Compilation LP - For American audiences, the phenomenal worldwide success of Oasis was a little puzzling. That's because they only had part of the picture -- unless they were hardcore fans, they didn't hear nearly three albums of material released on B-sides and non-LP singles. Critics and fans alike claimed that the best of these B-sides were as strong as the best moments on the albums, and they were right. None of the albums had a song that rocked as hard as "Fade Away" (cleverly built on a stolen melody from Wham!'s "Freedom"), "Headshrinker," or "Acquiesce." There was nothing as charming as the lite psychedelic pastiche "Underneath the Sky" or the Bacharach tribute "Going Nowhere"; there was nothing as affecting as Noel Gallagher's acoustic plea "Talk Tonight" or the minor-key, McCartney-esque "Rockin' Chair," nothing as epic as "The Masterplan." Most bands wouldn't throw songs of this caliber away on B-sides, but Noel Gallagher followed the example of his heroes the Jam and the Smiths, who released singles where the B-sides rivaled the A-sides. This meant many American fans missed these songs, so to remedy this situation,

Oasis released the B-sides compilation The Masterplan. Oasis unfortunately chose to opt for a single disc of highlights instead of a complete double-disc set, which means a wealth of great songs -- "Take Me Away," "Whatever," "D'Yer Wanna Be a Spaceman?," "Round Are Way," "It's Better People," "Step Out," a raging cover of "Cum on Feel the Noize" -- are missing. But The Masterplan winds up quite enjoyable anyway. Apart from the sludgy instrumental "The Swamp Song," there isn't a weak track here, and the brilliant moments are essential not only for Oasis fans, but any casual follower of Britpop or post-grunge rock & roll.

Oasis was an English rock band that formed in Manchester in 1991. Originally known as The Rain, the group was formed by Liam Gallagher (vocals and tambourine), Paul Arthurs (guitar), Paul McGuigan (bass guitar) and Tony McCarroll (drums, percussion), who were soon joined by Liam's older brother Noel Gallagher (lead guitar and vocals). The band signed to independent record label Creation Records and released their record-setting debut album Definitely Maybe in 1994, including hits like Live Forever and Supersonic. The following year, the band recorded the critically acclaimed (What's the Story) Morning Glory? with their new drummer Alan White that led to international success propelled by singles Wonderwall, Don't Look Back in Anger and Champagne Supernova. In 1997, Oasis released third album and became the fastest-selling album in UK chart history, aside Michael Jackson's Bad. McGuigan and Arthurs left the band as they went on to record and release Standing on the Shoulder of Giants and were replaced by Gem Archer and Andy Bell who joined the group for the recording of Heathen Chemistry. In August 2009, Noel Gallagher announced his departure from the band. Liam Gallagher initially stated that Oasis were "done", but later in February 2010 announced that the remaining members of the band would continue to record music, and did not rule out the possibility of retaining the Oasis name. However, Liam and other former members of the band are instead continuing under the name Beady Eye and Noel has formed Noel Gallagher's High Flying Birds. Read more on Last.fm. User-contributed text is available under the Creative Commons By-SA License; additional terms may apply.
FREE SHIPPING ON ORDERS OVER £100 TO UK MAINLAND ONLY
See exclusions
View Cart