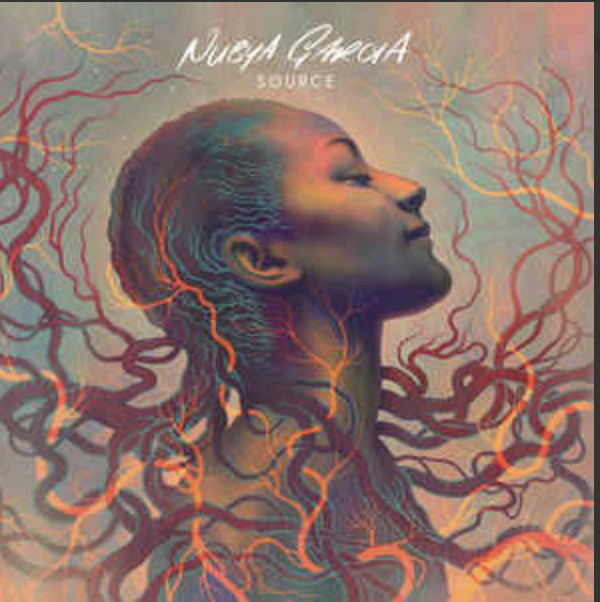 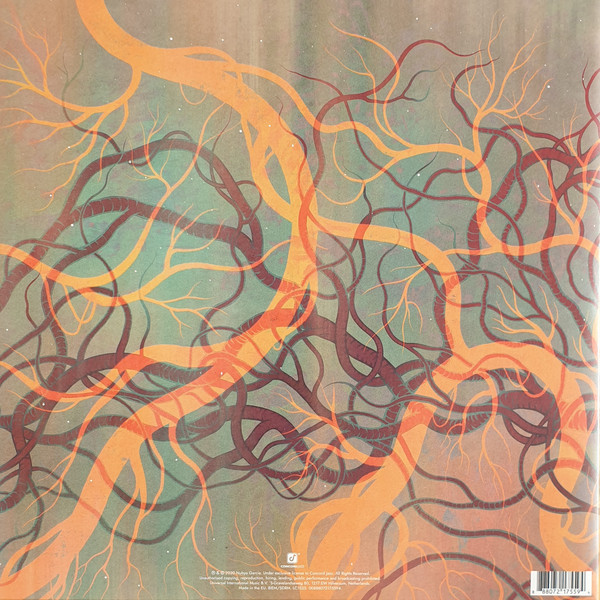 The album follows her 2018 self-released EP, "When We Are", the title track of which was described as “effervescent” by The New York Times and named one of NPR’s Best Songs of 2018. Her debut EP, "Nubya’s 5ive", released in 2017, was hailed as “exceptional” by The Vinyl Factory and sold out on vinyl within 24 hours. In 2018, Garcia also featured on five of the nine tracks on "We Out Here", the Brownswood compilation project celebrating London’s young and exciting jazz scene.

A collection of sonic mantras to live by, SOURCE is a deeply personal offering in which Garcia maps cartographies around the coordinate points of her identity, her family histories, grief, afro-diasporic connections and collectivism. SOURCE is fundamentally about getting grounded within yourself, so that you can be present with others. It's about a realization of personal and collective power: the evolution of the saxophonist’s values as she re-connects with herself, her roots and her community. Garcia digs deep to present an album with a global outlook: from London to Bogota, Caura to Georgetown, it's a record drawing inspiration from the many places Garcia calls home.

PLAY
CUE
MP3
a1
Pace
a2
The Message Continues
b
Source
c1
Together Is A Beautiful Place To Be
c2
Stand With Each Other
c3
Inner Game
d1
La Cumbia Me Está Llamando
d2
Before Us: In Demerara & Caura
d3
Boundless Beings

Nubya Nyasha Garcia (born 1991) is a British jazz musician, saxophonist, composer and bandleader. Garcia was born in 1991 in Camden Town, London to a Guyanese mother, a former civil servant, and a British Trinidadian filmmaker father, the youngest of four siblings. Her uncle is John R. Rickford, who is the J. E. Wallace Sterling Professor of Linguistics and the Humanities at Stanford University. Garcia followed her three older siblings to the local Saturday music center at the age of 5, where she first learned the violin and later played the viola in the London Schools Symphony Orchestra (LSSO). Garcia has said her home life with her stepdad, a brass player with a vast collection of instruments, and her mother a keen collector of all genres of music from reggae and Latin to classical and soul, coupled with the music activities at school, Camden School for Girls, meant she was saturated with music of all genres. Garcia began learning the saxophone at the age of 10, with Vicky Wright. She became a member of the Camden Jazz Band, directed by jazz pianist Nikki Yeoh, before joining the junior jazz program at the Royal Academy of Music. She also attended the workshops of Tomorrow's Warriors under the direction of Gary Crosby. While still in High School, she received a scholarship for a five-week summer program at the Berklee College of Music in Boston. During her Gap Year she studied with former Jazz Messengers member, Jean Toussaint. In 2016 she graduated with Honours from the Trinity Laban Conservatoire of Music and Dance, in Jazz Performance. In 2017, Garcia released her debut EP Nubya's 5ive via the label Jazz re:freshed. That year, her band was an opening act at Gilles Peterson's Worldwide Festival in Sète; the following year she played at the NYC Winter Jazz Festival and the Jazzfest Berlin. In her 2018 EP When We Are, Garcia explored how electronics can be used in a live jazz environment; the EP was created as a result of the Steve Reid Innovation Award. She is also a member of the Nérija, a collective, and the band Maisha led by drummer Jake Long. In addition, she is a collaborator on albums by Makaya McCraven, Theon Cross, Moses Boyd, and Sons of Kemet to Shabaka Hutchings; contributions from her can be found on five tracks of Brownswoods We Out Here, a sampler album from the modern London jazz scene. Garcia tours internationally, in Europe, India, Australia, and North America. She regularly performs at festivals in the UK including Love Supreme Jazz Festival. She has headlined sell-out shows at Ronnie Scott's Jazz Club London. Garcia also has a burgeoning reputation as a DJ, with a monthly radio residency on NTS Radio since November 2017. Garcia was supposed to perform at the Glastonbury Festival, but the festival had to be cancelled due to the increasing concerns over the 2019–20 coronavirus pandemic. Read more on Last.fm. User-contributed text is available under the Creative Commons By-SA License; additional terms may apply.
FREE SHIPPING ON ORDERS OVER £100 TO UK MAINLAND ONLY
See exclusions
View Cart