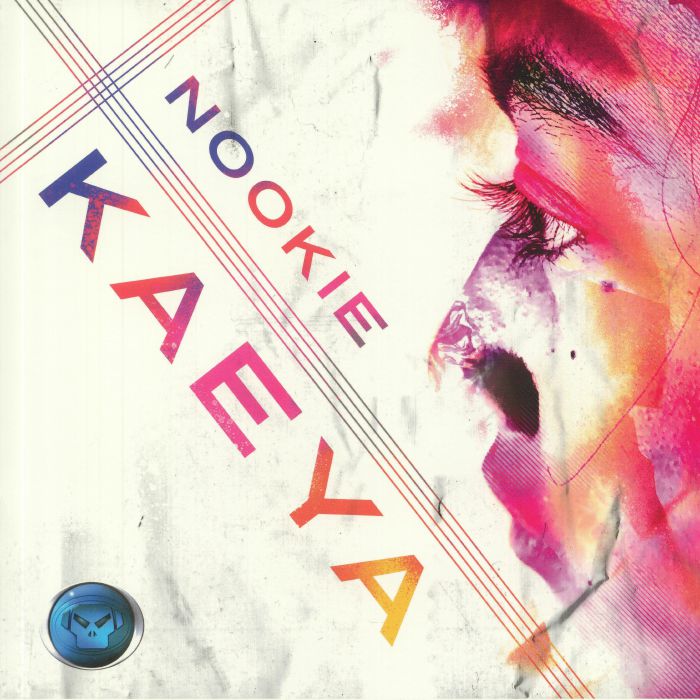 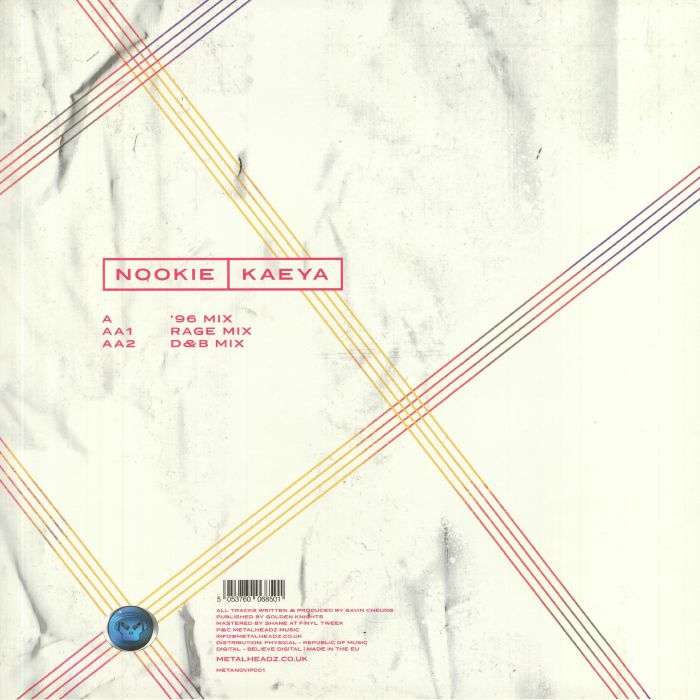 - NEW RELEASE
Sorry, this item is currently unavailable.
ARTIST:
Nookie
TITLE:
Kaeya
LABEL:
Metalheadz
CATNO:
METAN0VIP1
STYLE:
Drum n Bass / Jungle /
FORMAT:
Vinyl record
DESCRIPTION:
Vocal Hooked Jungle / Drm N Bass - A defining member of the hardcore techno scene in the early nineties and stretching his influence across a range of sub genres, from jungle to house music, there's not one section of the cultural shifts since then which Nookie hasn't seeped his influence into. Whether it's been pivotal moments on imprints such as Labello Blanco, Reinforced, Moving Shadow or Good Looking, he's proven the span of his creativity with every track he's released across a plethora of labels. This continues with a brand-new single on Metalheadz, extending across an array of styles and a natural progression from his acclaimed remix of Goldie's 'Inner City Life'.

The Rage mix of 'Kaeya' has already received support from radio icon Pete Tong as his 'Essential New Tune' which sets the standard for this release. With deep, heavy sub bass and pounding kick drums skipping underneath the track, softened slightly by its vocals this is a formidable record which speaks of the current climate and proof that club-orientated tracks are still having a seismic effect on listeners. The D&B mix flips the tempo, dipping between each note sequence with a lulling sense of security, meanwhile closing the single is its '96 rework, standing out through its rolling breaks and reminiscent feel.

They each pull together a seminal standalone offering from Nookie, and one which will reidentify fans with his commitment to musical exploration as well as the impression he's had throughout his three decades worth of history, now proudly displayed under the Metalheadz banner. And this is just the start.

There are several artists using this name: 1) A jungle/drum & bass producer Gavin Cheung who has released and remixed music for numerous labels such as Moving Shadow, Reinforced and Good Looking Records. Creating music since 90's. 2) A Russian Rock band formed 2008 in St. Petersburg that can be found: http://www.myspace.com/nookieonline 3) Also a Brasilian band from Santa Maria, Rio Grande do Sul. Nookie is composed by Henrique (guitar, vocals), Fábio Corrêa (bass), Deco Marques (drums) and Dj Orzabal (pick-ups). Their first album just came out, by Orbeat Music Records. Now they turn back to independent cenary, and recording their new CD. The band is a mix of Grunge and New Metal, something like Nirvana, Linkin Park, Pearl Jam, Silverchair, Bush, Korn, etc. They're new, but already a big hit in Brasil. 4) The Vocalist for the Alternative Rock Band The Slot also spelled as Слот that formed 2002 in Moscow, Russia Read more on Last.fm. User-contributed text is available under the Creative Commons By-SA License; additional terms may apply.
FREE SHIPPING ON ORDERS OVER £100 TO UK MAINLAND ONLY
See exclusions
View Cart