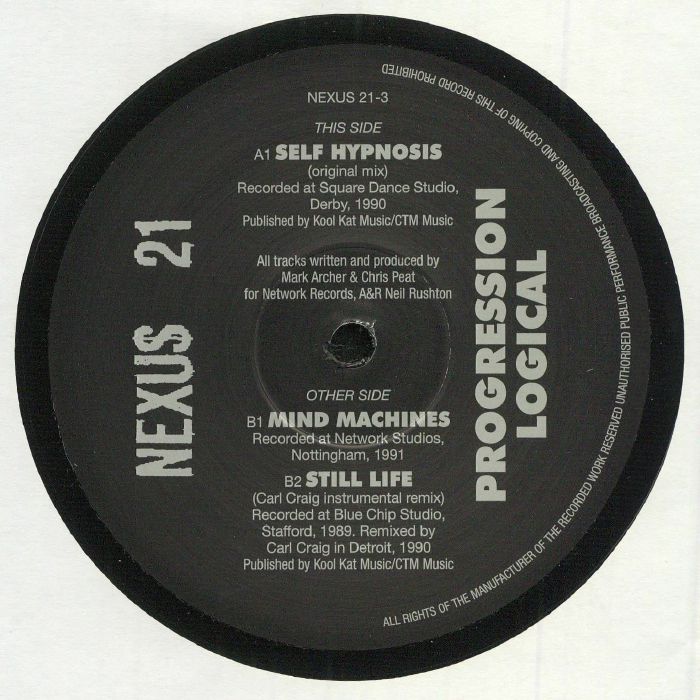 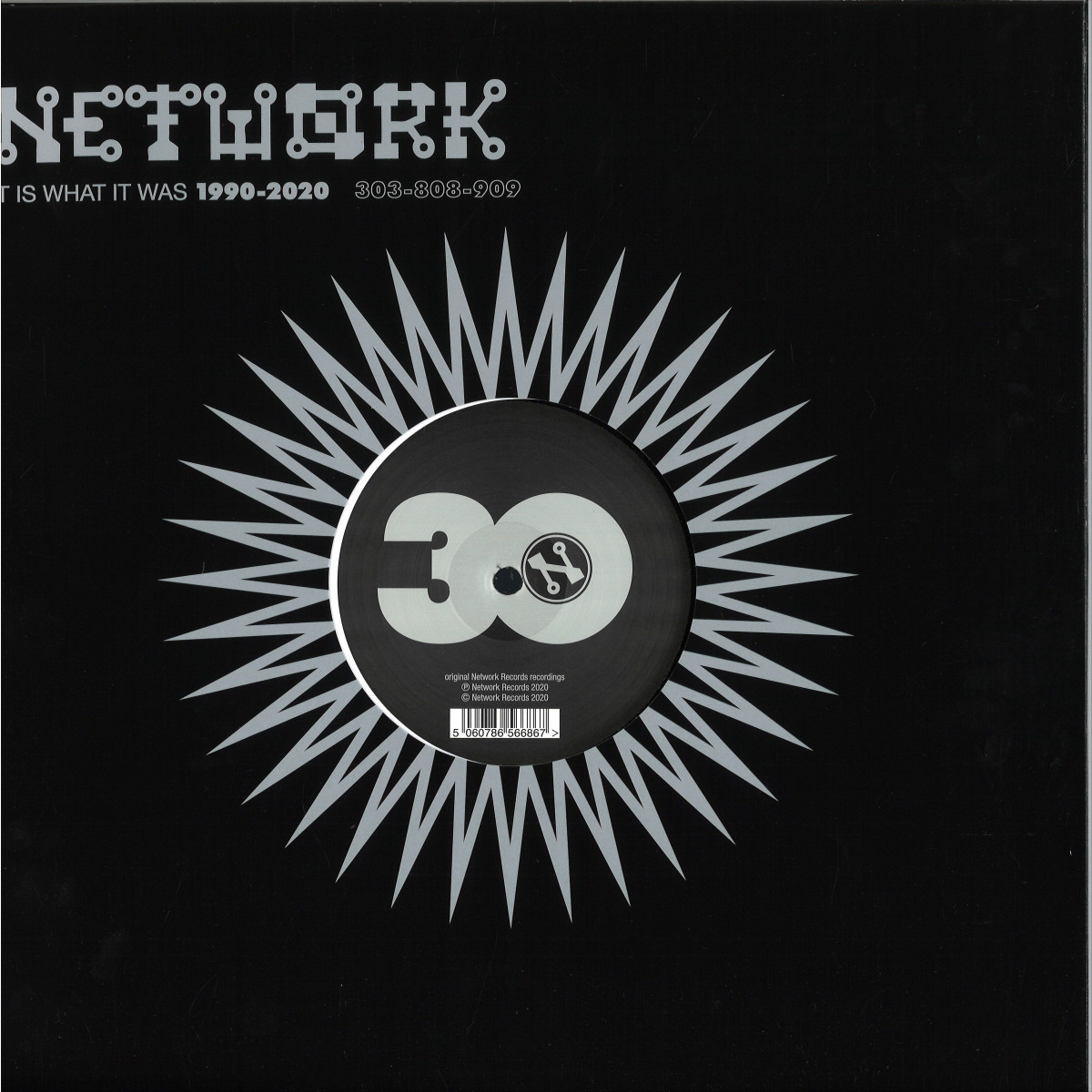 This is the first time the much loved original mix of “Self Hypnosis“ (that track with the ice cream vans sound)has been released on a commercial 12”. Up till now it could only be found on a sampler 12” for one of Network’s iconic bio-rhythm albums, and on that LP Itself, with a remix being done for a subsequent 12”.

That original still sounds amazing. The 1990 recording was made at Derby’s much lauded Square Dance Studio,

Next year saw a move to nearby Nottingham and Network (nothing to do with the label) Studio where “Mind Machines” was conceived. This is its’ debut on any format ever!

Listening to something so epic now, that decision not to issue it at the time seems bizarre,but as Mark recalls: “The mad thing is it’s just a live mix because we wanted to listen to something in the car. We never finished it. That was live with us muting things, and and me changing patterns on the drum machines and turning the sounds up and down. There are so many small mistakes in it, but it adds to the character of the tune.”

A later “proper” mix was never done as Nexus 21 turned into Altern 8 and life got ravey.

The third track is well and truly an historic piece of Techno history - Carl Craig’s first ever remix no less.

Nexus 21’s “Still Life” was conceived as a homage to Inner City’s “Big Fun” and “Good Life”. Upon signing to Network, the label thought a deconstruction by Inner City’s Kevin Saunderson would complete the circle. A kind of Stafford does Detroit and Detroit does Stafford back with 808 and 909 knobs on odyssey.

A bleep techno classic from '91 for all the proper heads out there. Nexus 21 was comprised of legends Mark Archer & Mark Peat aka Altern8, and they had several releases under the project name between 1989 - 1997 - mainly on Birimingham's Network Records. Detroit's influence was abundant on the EP, from the deeply emotive hi-tech soul of 'Self Hypnosis' and 'Mind Machines', and of course The Motor City legend himself Carl Craig appearing for an absolutely incredible rework of 'Still Life' on the flip. This one captures the true zeitgeist of early techno, complete Kevin Saunderson style chord stabs to boot - a must have!

Mark Archer and Chris Peat from Stafford, England, had already worked together on various releases on the Blue Chip label when they finally teamed up as a duo and formed Nexus 21 in 1989. Also recording as C&M Connection in the same year with only one 12” release on the Blue Chip label, "Another Night", and two further tracks on Network, 'Biorhythms' and 'Flutes'. The first Nexus 21 release was "(Still) Life Keeps Moving", a vocal techno tune today regarded as an early classic. They followed this up with their outstanding sole LP "The Rhythm Of Life", which was strongly influenced by Detroit techno, but also included acid house, electro and breakbeats elements. After the release of the album, Blue Chip folded, and Nexus 21 found a new home in the just founded Network Records. Meanwhile, R&S snapped up "Logical Progression" and "Techno City" from The Rhythm Of Life and released them on 12”. KMS released a set of Detroit remixes of "(Still) Life Keeps Moving" by Carl Craig / Mark Kinchen / Kevin Saunderson. The first Archer / Peat releases for Network were licensed versions of Another Night and the Detroit remixes. Then the pair tried out yet another alter ego and released the "Overload EP" as Altern 8. They came back to being Nexus 21 for the deep techno of "Self Hypnosis", their contribution to the Bio Rhythm compilation. A remix of Self Hypnosis then appeared on the "Progressive Logic EP", alongside "Together" (from Bio Rhythm 2) and two tunes from The Rhythm Of Life, one remixed. A second Nexus 21 album was ready in late 1991, but due to sample clearance problems, the LP never materialized. A small edition of white labels of "I Know We Can Make It"/"Sychologic PSP" was released, which showcased a bigger hardcore influence. After the success of "The Vertigo EP" and "Activ-8", credited to Altern 8, Mark Archer and Chris Peat concentrated on that project. They still used the Nexus 21 name for occasional remixes. Read more on Last.fm. User-contributed text is available under the Creative Commons By-SA License; additional terms may apply.
FREE SHIPPING ON ORDERS OVER £100 TO UK MAINLAND ONLY
See exclusions
View Cart