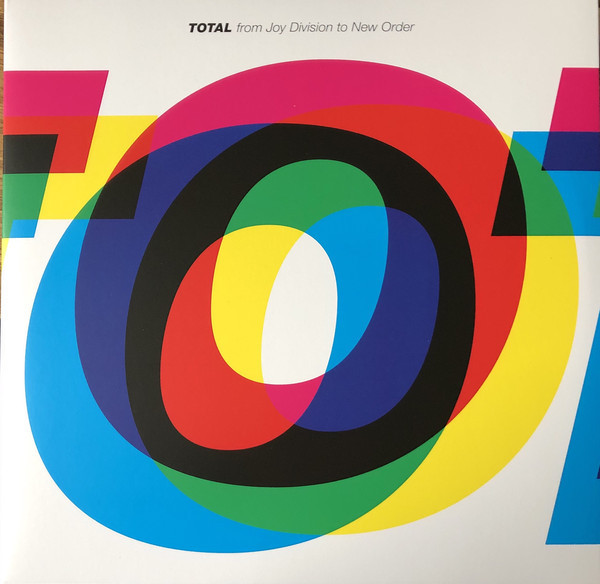 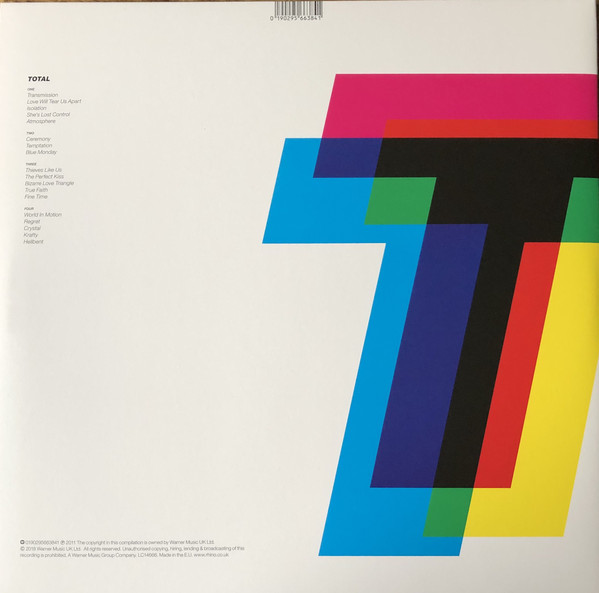 - NEW RELEASE
Sorry, this item is currently unavailable.
ARTIST:
New Order / Joy Division
TITLE:
Total From Joy Division To New Order
LABEL:
Warners
CATNO:
0190295663841
STYLE:
Synth / Indie Rock / Dance-pop /
FORMAT:
Vinyl record
DESCRIPTION:
2x12" BEst Of Compilation IN Gatefold Sleeve - Despite an incredibly short recording career Joy Division remarkably have stood the test of time in terms of influential British bands. Their dark, brooding sound has inspired more artists than could be listed and their continued adoration today is testament to the forward thinking yet inward projected music and lyricism of a young band on the brink of success yet unsure of how to deal with it. With the sad passing of Ian Curtis, from the ashes rose New Order; the same core band but with a new fresh approach to their chosen career path. Loud, colourful and full of life.

‘Total’ is a chronological look at the two bands most important tracks, covering Joy Division staples such as 'Love Will Tear Us Apart', and the resonating 'Atmosphere'. New Order bring to the table 'Blue Monday', 'Bizarre Love Triangle' and 'True Faith'. Also included is a brand new never released New Order track ‘Hellbent’.

New Order is a new wave/synthpop band which formed in 1980 in Salford, England, United Kingdom by the three remaining members of Joy Division. The band's classic lineup consists of Bernard Sumner (vocals, guitar, keyboards), Peter Hook (bass, electronic percussion), Gillian Gilbert (keyboards, guitar) and Stephen Morris (drums, keyboards). The group effectively disbanded in 1993 but reformed in 1998. Gilbert left in 2001 to look after her and Morris' children and was replaced by guitarist/keyboardist Phil Cunningham. Hook left acrimoniously in 2007 and declared the band to be defunct. Initially, Sumner, Cunningham and Morris denied the band had split up, but in 2009, following the release of the trio's Bad Lieutenant album, they admitted that that they could not continue on without Hook and officially disbanded. However, the band reformed in 2011 for a pair of charity dates without Hook, with Gilbert returning to the fold and Tom Chapman replacing Hook on bass. Pioneers of dance music in the 1980s and one of the first bands to effectively and popularly synthesize keyboard- and guitar-based music, New Order's members hailed from Salford and Macclesfield, England out of the ashes of Joy Division, are noted as being one of the first bands to bridge the gap between Post-Punk and Dancefloor. They were Factory Records' highest selling artist. They also funded Factory's famous Manchester club, The Haçienda. The band partnered with Quincy Jones's American label Qwest, recorded with legendary hip-hop producer Arthur Baker (on 1983's single "Confusion" and 1984's "Thieves Like Us"), and they embraced Ibizan club culture on the album, Technique. The band was formed in 1980 by the three surviving members, Bernard Sumner, Peter Hook and Stephen Morris of Joy Division after the lead singer Ian Curtis committed suicide. Morris' girlfriend (and later wife) Gillian Gilbert joined in October 1980 on keyboards and occasional guitar shortly after contributing guitar to the second release of New Order's first single "Ceremony". Their early music followed in the same vein as Joy Division, most notably on debut album Movement. This is mostly seen now as a 'transitional' album where the new 4-piece band was trying to find a new identity. They continued to develop their music and their identity with tracks such as "Procession" and "Temptation" until 1983 when, under the influence of early electro funk and Italo-Disco tracks (most notably Klein & MBO's Dirty Talk), they released "Blue Monday", arguably their most famous song and the biggest-selling 12" single of all time. This came in such a detailed Peter Saville-designed sleeve (replicating a floppy disc) that it is claimed by some that the band's record company, Factory, lost money on every copy sold. The release of "Blue Monday" coincided with the album Power, Corruption & Lies which further developed their dance/rock crossover. Other albums followed in 1985 (Low-Life), 1986 (Brotherhood) and 1989 (Technique, influenced heavily by Ibiza's acid house scene). In 1990 the band scored their sole number 1 hit with a song written by Keith Allen and performed with the England football team, "World in Motion", the official England World Cup song. One more album, Republic followed in May 1993, which was released by London Records after the collapse of Factory in November 1992. The band effectively split in 1993 to pursue solo projects, but returned with a triumphant gig at the Reading Festival in 1998. After the recording of 2001's Get Ready album Gillian Gilbert left the band amicably for family reasons - her and Stephen's daughter Grace had been diagnosed with Transverse myelitis and she came to the decision that it would be easier for the band to replace her than her husband. They have since gone on to produce one more album with the help of Phil Cunningham of Marion when they released their last album, Waiting For The Sirens' Call. Hook left acrimoniously in 2007 and according to him, the band has effectively broken up. However, Sumner, Cunningham and Morris repeatedly denied that the band was over, and that if Hook no longer wanted to be in the band, that was his choice. Hook has since threatened to take legal action if they attempt to continue as New Order. In 2009, Sumner, Morris and Cunningham announced that they did not plan on continuing on as New Order without Hook. However, in September 2011 it was announced that they will reform as New Order for two concerts in October (Brussels and Paris), without Hook but with Gillian Gilbert. Hook's replacement is Tom Chapman, who is also in Bad Lieutenant with Sumner, Morris and Cunningham. The charity gigs in Brussels and Paris were very successful and New Order decided to go on tour in 2012. They played various concerts all over the world and also some big festivals in the summer. Discography (studio albums): Movement (1981) Power, Corruption & Lies (1983) Low-Life (1985) Brotherhood (1986) Technique (1989) Republic (1993) Get Ready (2001) Waiting for the Sirens' Call (2005) Lost Sirens (2013) Music Complete (2015) Collaborations and other projects: Shortly after the split, Sumner and Cunningham formed Bad Lieutenant. The band's debut album Never Cry Another Tear, released in 2009, features Morris on drums on several tracks, although he is not an official member of the band and has committed to continue musical projects with Gillian Gilbert. The band's various solo projects understandably seemed to contain elements of the New Order 'sound', and gave some clues as to each member's contribution to the band. Bernard Sumner worked with Johnny Marr (formerly of The Smiths) and Neil Tennant (of The Pet Shop Boys) in the 'supergroup', Electronic. Peter Hook formed the bands Revenge and, later, Monaco. These projects gained some commercial success. Stephen Morris and Gillian Gilbert recorded two albums of songs as The Other Two, and also did scoring work for film and television. Each of New Order's four original members have, at various times, acted as producers and/or guest musicians under the moniker of Be Music for a myriad of Factory labelmates and other artists, including: Section 25, A Certain Ratio, Happy Mondays, Paul Haig, The Stockholm Monsters, The Stone Roses, and Stanton Miranda. Read more on Last.fm. User-contributed text is available under the Creative Commons By-SA License; additional terms may apply.