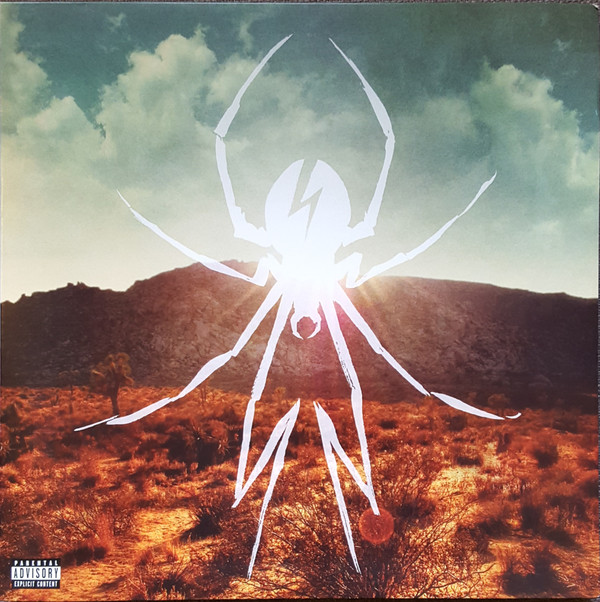 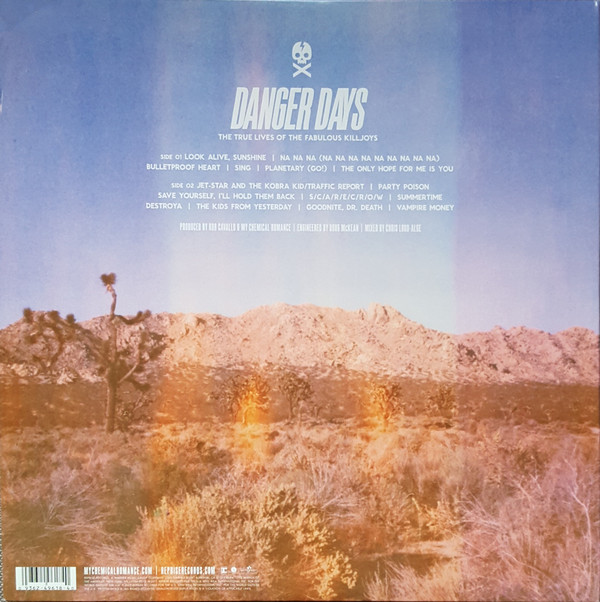 MY CHEMICAL ROMANCE - DANGER DAYS: THE TRUE LIVES OF THE FABULOUS KILLJOYS

My Chemical Romance is an American rock band from New Jersey, United States formed in 2001. The band consists of lead vocalist Gerard Way, guitarists Ray Toro, Frank Iero and bassist Mikey Way. Shortly after forming, the band signed to Eyeball Records and released their debut album I Brought You My Bullets, You Brought Me Your Love in 2002. They signed with Reprise Records the next year and released their major label debut Three Cheers for Sweet Revenge in 2004; the album was a commercial success, and was awarded platinum status a little over a year later. The band eclipsed their previous success with their 2006 concept album, The Black Parade, which gained generally favorable reviews among music critics. Their fourth studio album, Danger Days: The True Lives of the Fabulous Killjoys, was released on November 22, 2010, to positive reviews. The band's final release was a series of singles, released over the course of five months, collected on the compilation Conventional Weapons. The band announced its break-up on March 22, 2013, one month after the final release in the Conventional Weapons series. On March 25, 2014, the band released May Death Never Stop You: The Greatest Hits (2001–2013), a greatest hits album containing material spanning their entire career, as well as some previously unreleased material. On Halloween of 2019, the band announced a comeback show in Los Angeles, California, and fans speculated that there was more to it than just a show. On November 5, 3 more shows were confirmed in Australia, New Zealand and Japan. On January 29, 2020, eighteen additional dates were announced in North America. Read more on Last.fm. User-contributed text is available under the Creative Commons By-SA License; additional terms may apply.
FREE SHIPPING ON ORDERS OVER £100 TO UK MAINLAND ONLY
See exclusions
View Cart