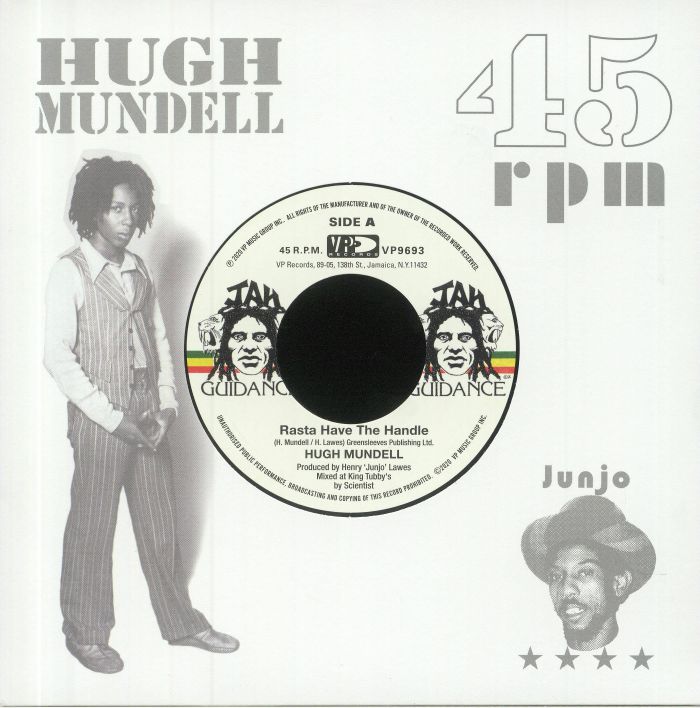 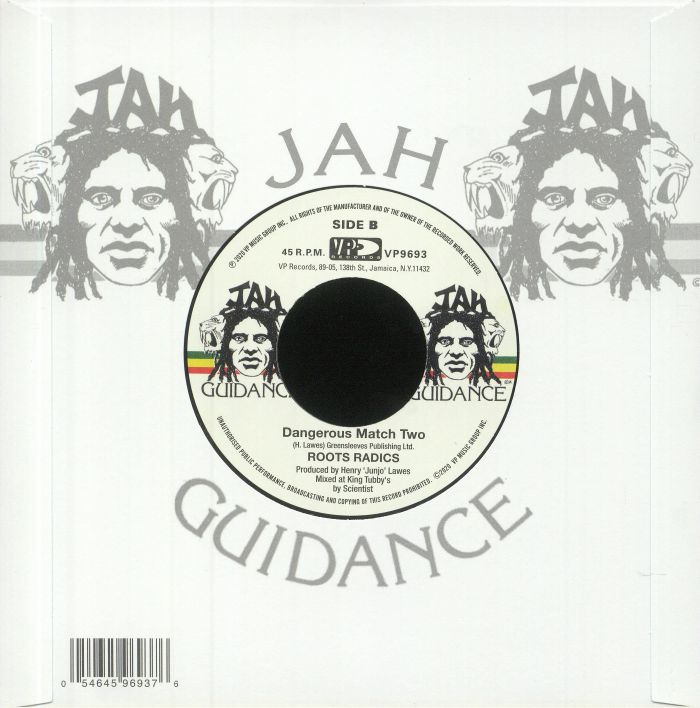 MUNDELL, HUGH - RASTA HAVE THE HANDLE

- NEW RELEASE
Sorry, this item is currently unavailable.
ARTIST:
Mundell, Hugh
TITLE:
Rasta Have The Handle
LABEL:
VP Records
CATNO:
0054645969376
STYLE:
Reggae /
FORMAT:
Vinyl record
DESCRIPTION:
REggae Classic ON Ltd 7" Re-issue - Hugh Mundell with the Roots Radics is a fine combination. Here, a reissue of one of the legendary duo's best moments takes you straight to a heady dub sound from 1982 on this crucial 7". It features an authorised version backed by a World Cup winning Scientist dub and all produced by Henry 'Junjo' Lawes, and recorded at the iconic Channel One. The slow motion dub is plump and earthy, with little guitar riffs and lead harmonica doing their thing up top. Perfection.

With the tragic murder of Hugh Mundell, who was shot and killed while sitting in a car with Junior Reid, reggae lost one of its most promising young performers. Mundell's 1978 debut album, Africa Must Be Free By 1983, produced by Augustus Pablo, in Jamaica remains a classic roots reggae recording. Mundell's singing style and soothing voice will lull you into tranquility if you let it. Mundell, the son of a prominent Jamaican lawyer, was still a teenager when he teamed with influential producer Joe Gibbs to record a still-unreleased single, "'Where Is Natty Dread." His first break came when he was hired as a DJ for Augustus Pablo's Rockers sound system. His debut single, "Africa Must Be Free by 1983", produced by Augustus Pablo, was released in early 1978. Mundell also recorded several 12" singles as Jah Levi. Mundell continued recording with Pablo. The albums Time & Place and Blackman's Foundation followed shortly after, and then a few tracks for Prince Jammy were gathered together along with some of Lacksley Castell's, put on an album and called Jah Fire. Beginning in 1979, Mundell took over the production of his own recordings. He released his Mundell album on Greensleeves in 1982. He also produced the debut album, Speak the Truth, by "Little" Junior Reid, on Pablo's label, Rockers. In 1983 he became involved in an argument and was shot in the neck. Shortly afterwards, his posthumous album Arise was released. A dub version of Africa Must Be Free By 1983 was released in 1989 and then packaged with the original by Greensleeves and RAS, and then Makasound packaged Time & Place and Blackman's Foundation together and released it as The Blessed Youth in 2003. Read more on Last.fm. User-contributed text is available under the Creative Commons By-SA License; additional terms may apply.
FREE SHIPPING ON ORDERS OVER £100 TO UK MAINLAND ONLY
See exclusions
View Cart