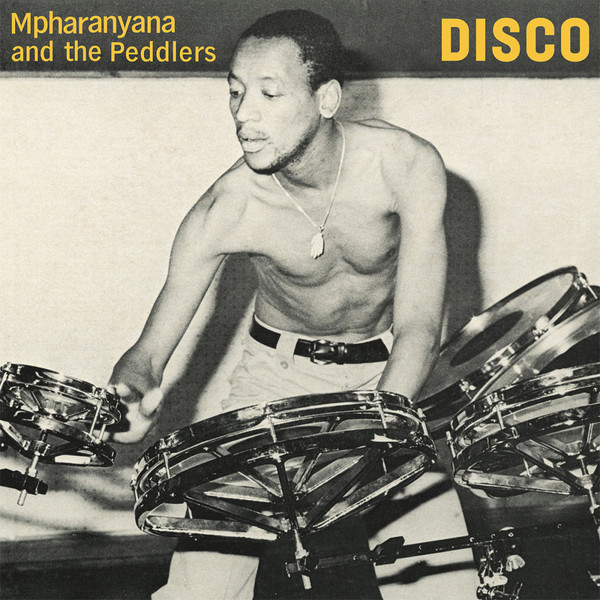 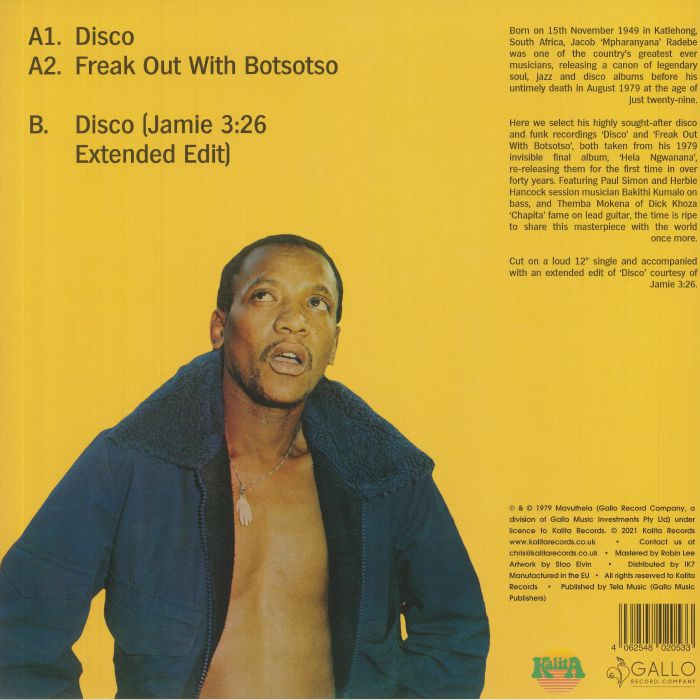 MPHARANYANA AND THE PEDDLERS - DISCO`

Born on 15th November 1949 in Kattlehong, South Africa, Jacob ‘Mpharanyana’ Radebe was one of South Africa’s greatest ever musicians, releasing a canon of legendary soul, jazz and disco albums before his untimely death in August 1979 at the age of just twenty-nine.

Here, Kalita select his highly sought-after disco and funk recordings ‘Disco’ and ‘Freak Out With Botsotso’, both selected from his 1979 invisible final album, ‘Hela Ngwanana’, re-releasing them for the first time in forty years. Including Paul Simon and Herbie Hancock session musician Bakithi Kumalo on bass and Themba Mokena of Dick Khoza ‘Chapita’ fame on lead guitar, the recordings feature some of the country’s top contemporary musicians joining forces to glorious effect.

With the original album currently fetching eye-watering prices on the rare occasion that they turn up for sale, the time is now ripe to share this masterpiece with the world once more.

Cut on a loud 12” single and accompanied by an extended edit of ‘Disco’ courtesy of Jamie 3:26, this truly is another no-brainer from the Kalita camp.

A-grade diggers Kalita have a few top class releases on their hands this month and this is one of them: a first ever official vinyl reissue of Mpharanyana & The Peddler tunes 'Disco' and 'Freak Out With Botsotso.' This is worldly South African disco and funk from 1979 that comes with a super remix from Rotterdam-based DJ, producer and funk specialist Jamie 3:26. is version of 'Disco' is primed for modern dance floor with murky drums and the big vocal chants sure to get huge reactions. Meanwhile, opener 'Disco' keeps it deep and tropical with tumbling drums and a powerful bass riff, then 'Freak Out' ups the ante with more clipped disco funk.

PLAY
CUE
MP3
a1
Disco
a2
Freak Out With Botsotso
b1
Disco (Jamie 3:26 Extended Edit)
FREE SHIPPING ON ORDERS OVER £100 TO UK MAINLAND ONLY
See exclusions
View Cart