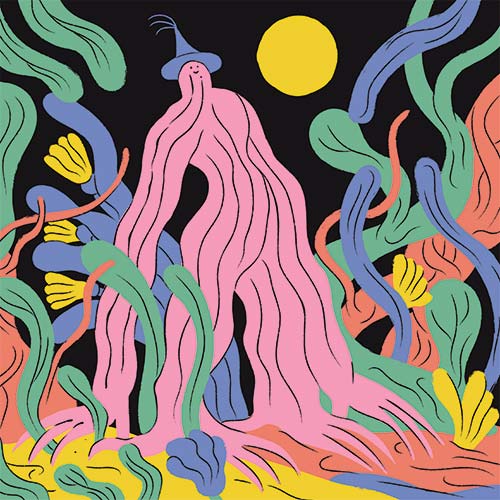 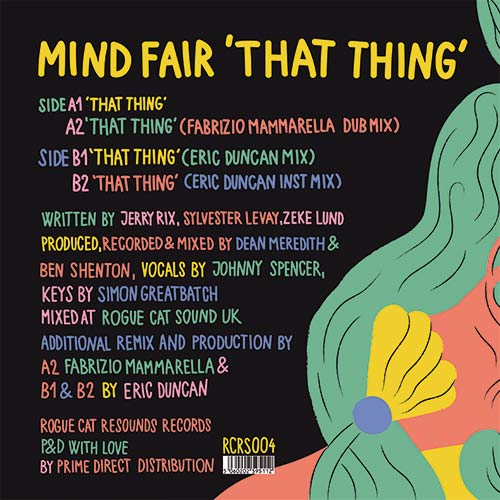 - NEW RELEASE
Sorry, this item is currently unavailable.
ARTIST:
Mind Fair
TITLE:
That Thing
LABEL:
Rogue Cat
CATNO:
RCRS004
STYLE:
Slo Mo / Balearic / Nu-Disco /
FORMAT:
Vinyl record
DESCRIPTION:
Vocal Slo Mo / Nu Disco with Eric Duncan & Fabrizio Mammarella on the remix- Next up from Mind Fair is a crafty cover of cosmic classic, That Thing, by That Thing. Originally released as a currently scarce 12 on AVI in 1977, That Thing was a one-off synth-pop project produced by Dutch musician Geertjan Lacunes – who worried the outer limits of various European hit-parades during the ‘70s and ‘80s under the alias Jerry Rix. German label Jupiter picked up the quirky curio and repressed it as 7 for wider distribution, no doubt envisioning that they’d licensed a novelty monster the scale of Chicory Tip’s Son Of My Father - which alas was not the case.

The track was however a firm favourite of pioneering Italian DJ, Daniele Baldelli, since its wonky bass riff can be heard spinning in and out of a multitude of his legendary mixtapes - where it`s twisted, almost inverted, by the maestro’s use of EQ.

In comparison, Eric Duncan’s re-imagining, initially comes across as kinda muted, but that’s just to catch you off guard. While pitched down, and the drums for sure more sedate, it’s definitely the trippier of the two revisions - with all sorts of strangeness throwing abstract shapes deep in its detail. That 303 now sounding severely stoned.

It’s like that cat at the afters, the one who commandeers the drinks table in the kitchen and then bends any and every unsuspecting ear - spontaneously connecting the disparate dots in the universe, seemingly without stopping to draw breath - while endlessly shaking folks’ cocktails. The kind of nut that everyone knows, but can never work out how they make it home.

Tongue-in-cheek weirdness worthy of Eric’s Rub N Tug partner, Thomas Bullock, and his mate, DJ Harvey, too slow to disco, too high to stop dancing, it’s quality psyche gear for the experienced, discerning, dimensional traveler. There’s a dub for those that can’t quite handle the vocal (lightweights!).