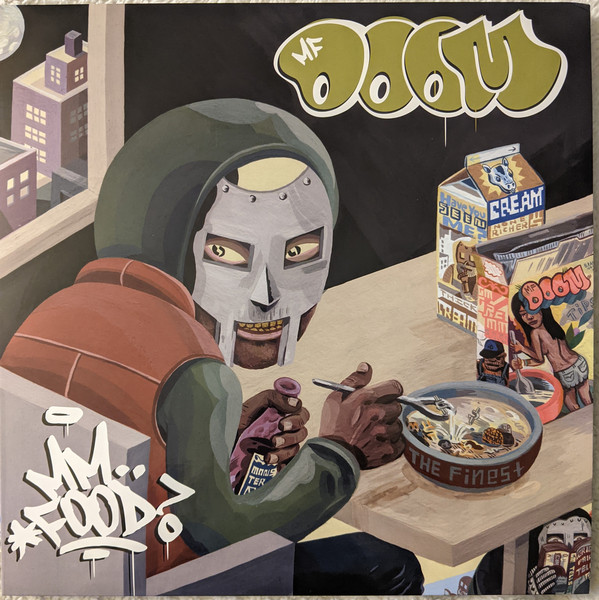 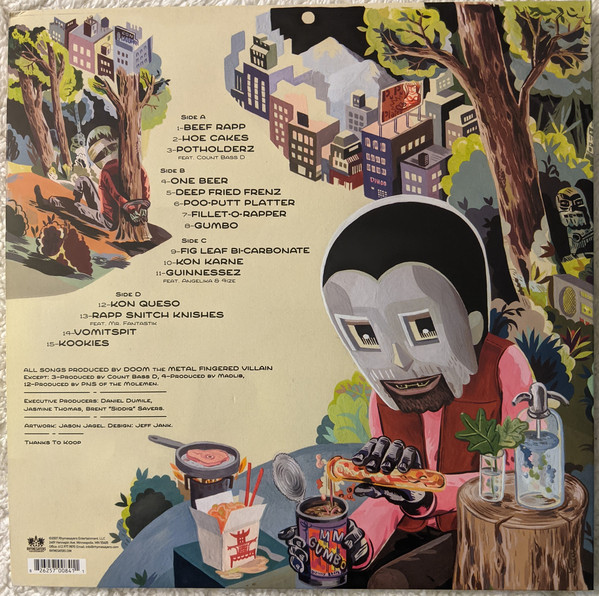 In 1998 Zev Love X of the seminal rap group KMD re-emerged as a masked super villain known as MF DOOM. The following Year he release the ground breaking independent classic Operation: Doomsday. Doom only added to the mystery by creating multiple aliases (King Geedorah, Viktor Vaughn, etc.) and taking a no holds barred approach to his musical career. With collaborative side projects with Madlib (Madvillain) and most recently DANGERDOOM with Danger Mouse, MM..FOOD marks the super villain's long awaited follow up to Operation: Doomsday.

Daniel Dumile (13 July 1971 – 31 October 2020) was a British-American rapper, songwriter, and record producer. He performed and released music under a variety of stage names, most notably MF DOOM, which Dumile preferred to be stylized in all caps. Dumile debuted during hip-hop's golden age of the late 1980s and became a major figure in underground hip-hop of the early 21st century. Born in London, Dumile moved with his family to Long Island, New York at a young age. He began his musical career in 1988 as a member of the East Coast hip hop trio KMD, at which time he performed under the name Zev Love X. KMD disbanded in 1993 following the death of Dumile's brother, DJ Subroc. After taking a hiatus from the music scene, Dumile reemerged in 1998, when he began performing at open mic events while wearing a mask. He adopted the MF DOOM persona and rarely made unmasked public appearances from that time onward. His metal mask resembles that of Marvel Comics super-villain Doctor Doom, who is depicted rapping on the cover of his 1999 debut solo album Operation: Doomsday. In the early 2000s, Dumile also released solo albums under the pseudonyms King Geedorah and Viktor Vaughn. MF DOOM appeared in several collaborative projects such as [artis]Madvillain (with Madlib), Danger Doom (with Danger Mouse), Doomstarks (with Ghostface Killah), JJ Doom (with Jneiro Jarel), NehruvianDoom (with Bishop Nehru), and Czarface Meets Metal Face (with Czarface). Dumile was born on 9 January 1971 in London, England, the son of a Trinidadian mother and a Zimbabwean father. His family moved to Long Island, New York, when he was a child; Dumile remained a British citizen. Dumile grew up in Freeport, New York, and first started DJ'ing during the summer after third grade. Dumile had lived in London since 2009. Dumile was a follower of the Nuwaubian Nation. On December 31, 2020 it was announced on Dumile's Instagram and Facebook by his wife Jasmine, that the rapper had passed away on October 31 of that year at the age of 49. Read more on Last.fm. User-contributed text is available under the Creative Commons By-SA License; additional terms may apply.
FREE SHIPPING ON ORDERS OVER £100 TO UK MAINLAND ONLY
See exclusions
View Cart