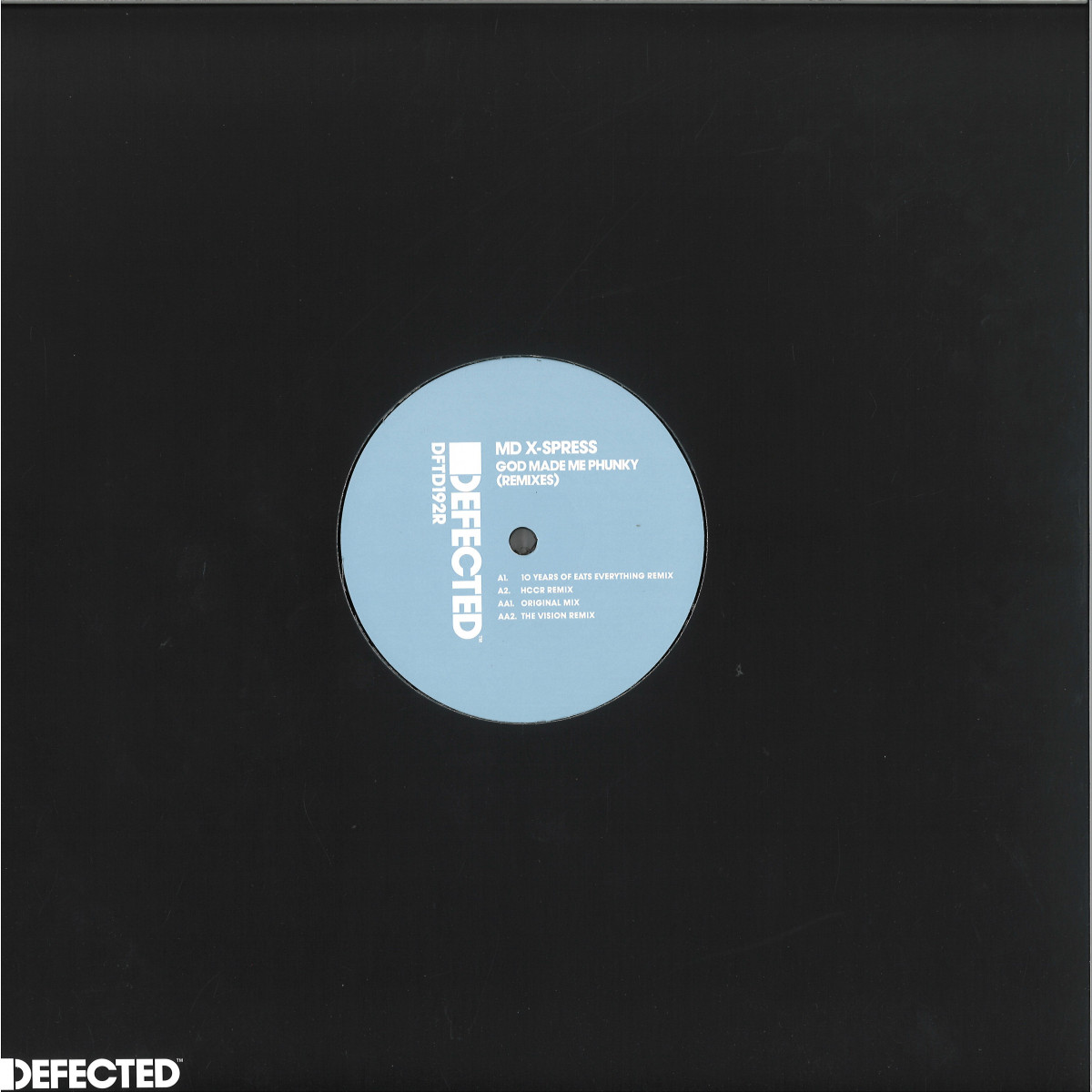 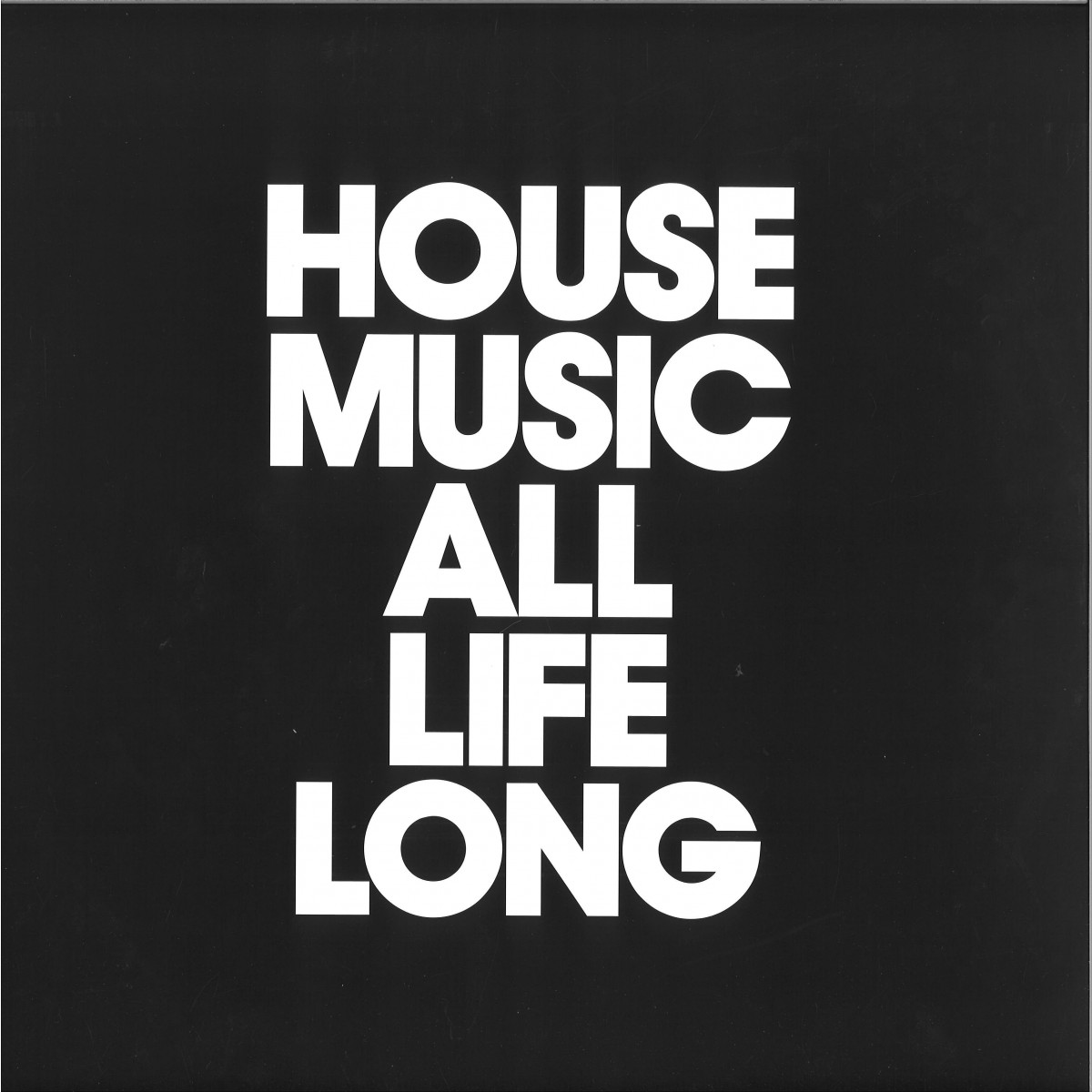 - NEW RELEASE
Sorry, this item is currently unavailable.
ARTIST:
MD X-Spress
TITLE:
God Made Me Phunky (Remixes)
LABEL:
Defected
CATNO:
DFTD192R
STYLE:
House / Deep House /
FORMAT:
Vinyl record
DESCRIPTION:
Classic House Remixed - Chicago legend Mike Dunn has been behind a number of house’s best loved underground anthems, but as he donned his MD X-Spress alias to speak the lyrics, “God made me funky, and I’m glad he blessed me that way…” he never could have anticipated the reaction the track would still get on dancefloors nearly three decades later. With the layering of garage beats, an addictive bassline and Mike’s distinctive Windy City spoken word vocal, Mike had produced something that was a little bit special. Now Defected release a new remix package for 2021, featuring remixes from Eats Everything, Harry Romero and The Vision, as well as the original, for a new generation of house heads to discover.

There is more than one artist with this name: 1. The solo career of Jenn Champion from the United States. Jenn played in Seattle's Carissa's Wierd. 2. A pop trio from Korea. Group S 3. A Visual Rock act formed in 1998. 4. A Polish experimental black metal band. 5. S is a Canadian music producer and alternative hip-hop S (Canada). 6. Industrial project from the mid 90's. 1) The solo career of Jenn Champion; co-leader of Seattle's sorely missed Carissa's Wierd. On her second full-length record, Puking and Crying, Champion together with Josh Wackerly and Creighton Barrett, collect dark and hauntingly intimate songs, surely classified as organic even with the strange electronics, drum loops, blips and clicks involved. Puking and Crying has an up-close feel to it, a direct look into the songwriter. 2) S (Group S) is also a Korean trio with members Kang Ta, Lee Ji Hoon and Shin Hye Sung (of Shinhwa). S stands for "Supreme". They released their debut album, Fr.in.Cl, in September 2003 and in 2005 they participated with the new song 숨 (Breath) on the soundtrack for the Korean movie April Snow. 3) Ｓ is a Visual Rock band that formed in 1998 by O-Zekki (later on changed to Zekki-) on bass and Yuna and Itsuki (whose name used to be Luka) on guitar. All three were ex. R'via and left the aforementioned group to create their own basic visual group "with plenty of makeup and bondage wear." The three met Reina (dr) at college and, through a mutual friend, met Miyamichi (vo). With his arrival, the first lineup of S was now set. 4) Polish jazz/rock/black metal performed on bass, clarinet, drums and vocals. 5) Canadian music producer and alternative hip-hop artist living in Southern Ontario, Canada. Born Steven Simpson in Nova Scotia, Canada. A long time producer, engineer, multi - instrumentalist and songwriter, S Recorded and released "Got a Love Woman" himself. The Never to Forever EP was released by Late Night Sound in November 2008. 6) Obscure industrial project from the 90's. Appeared on at least one compilation tape in 1997. Read more on Last.fm. User-contributed text is available under the Creative Commons By-SA License; additional terms may apply.
FREE SHIPPING ON ORDERS OVER £100 TO UK MAINLAND ONLY
See exclusions
View Cart