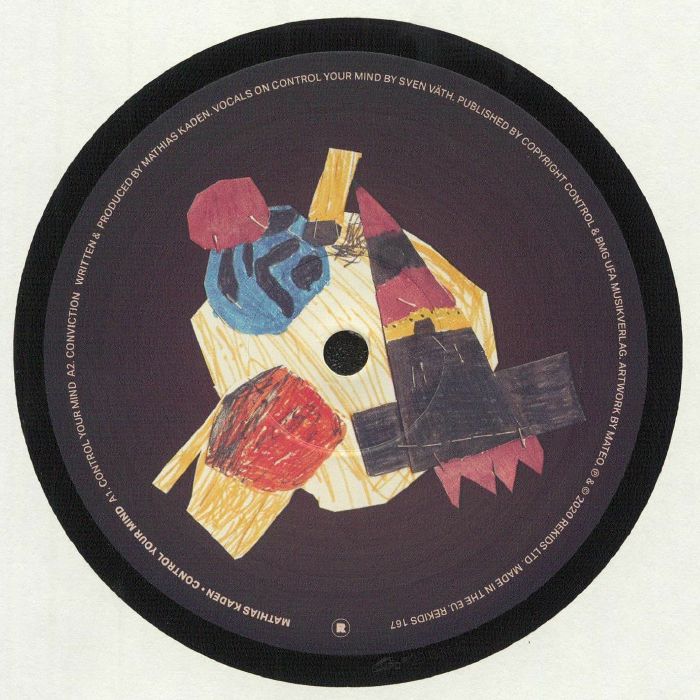 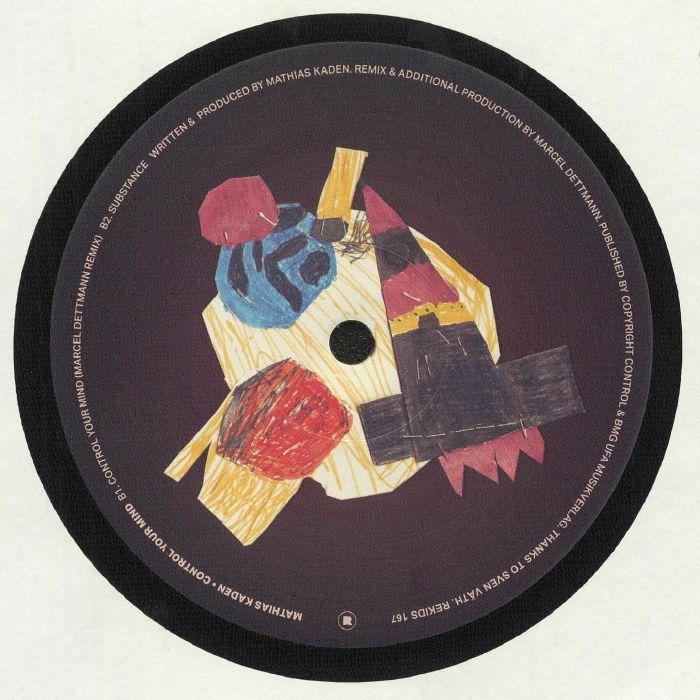 Previously appearing on Rekids in 2019 with his ‘Liberate Drums’ EP, Mathias Kaden makes his second appearance on Radio Slave aka Matt Edwards’ label with four original tracks of razor-sharp material, as well as a remix from Berghain resident Dettmann.

On the flip, Berghain resident Marcel Dettmann turns up the heat with his remix of ‘Control Your Mind’. Filtering the vocals, the MDR and BAD MANNERS boss also delivers a resonant bassline that works in tandem with knocking percussion, as creeping pads morph and evolve over the duration of the track, creating a trippy and propulsive banger.

Classic dub techno aesthetics are front and centre in ‘Substance’, a track destined for the golden hours between late at night and early in the morning, while finishing the package in fine style.

Mathias Kaden is a real stalwart of the European techno sound who has seemingly been around forever. The exact same things could be said of the Rekids label run by Radio Salve, who snap him up here for a very handy EP that comes with a remix from the mighty Marcel Dettmann. It is sleek and lithe styles that define the futuristic techno of opener 'Control Your Mind', while in the hands of the Berghain main man it is transform into something more tense and spacious, with electro bass and broken beats powering it along. Elsewhere 'Conviction' is a big, buoyant cut with turbo charged stabs and 'Substance' goes deeper.

Mathias Kaden is for 11 years and counting a first-rate ‘turn-tablist’ in the recordrotation disciplines. For both training- and competitive exercises he utilizes the basics: 2 turntables, a mixer and painstakingly selected vinyl. With such equipment he nightly compels both listeners and casual spectators alike into a sportive revelry on the dance floor. The device is thus: along the ranks of abandoned spaces on the periphery... patrons shift to the crux where the sounds radiate from Kadens chamber, compelled to engage in physically strenuous activity. Therein the master of ceremonies’ form is altered to that of an engaging style behind the masses. Out of the boxes a resounding conglomerate of House & Techno pours forth, without the ‘pop’ imitation and duplication, but instead reflecting the movements that challenged mankind. Whether he’s the opening act, headliner or shutting the place down, a flair for the crowd and thorough grasp of the scene is always there. With fresh sources and influences minus the uniformity, he exhibits the following range of elements and sound-structures: minimal, funky, freaky, dashing, fiddly, marching, hopping, slamming, dub, straight-forward and around the corner...Along with his prince-o-pal Marek Hemmann under the mark Trainerduo Hemmann & Kaden, a lot of 12" releases in total are in the offing. The latest, as with the other 2 releases, will be thrown to the dance-happy multitudes. Occupying the ‘next’ spot on the Muna/Bad Klosterlausnitz bench is his own event-promotion outfit Freshblood, predominately from the above-named locale alive with vibrant talent. Additionally he is one of the many responsible for the technical direction for Kassablanca Jena, where he also performs as a DJ and organizer. Alas listeners and dancers, allow me to take leave and let the sound of this young man splash onto your eardrums. Take it from the German proverb: ‘To write about music is to dance about architecture!’. Read more on Last.fm. User-contributed text is available under the Creative Commons By-SA License; additional terms may apply.
FREE SHIPPING ON ORDERS OVER £100 TO UK MAINLAND ONLY
See exclusions
View Cart