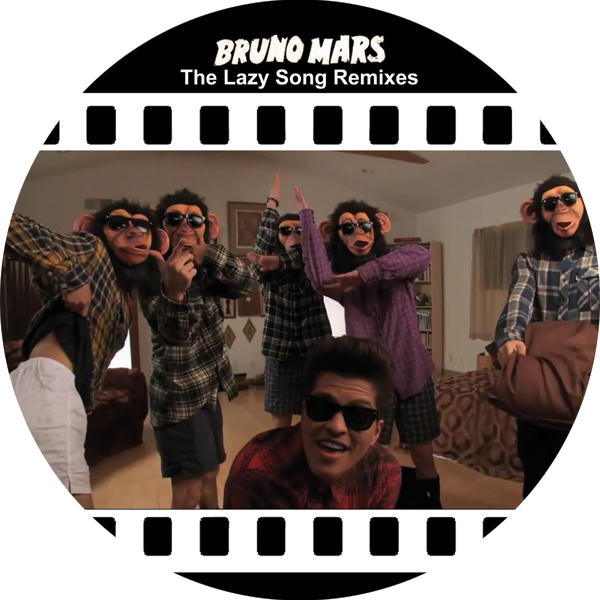 Peter Gene Hernandez (born October 8, 1985 in Waikiki, Hawaii), better known by his stage name Bruno Mars, is a Filipino-Puerto Rican American singer-songwriter, producer and musician signed to Atlantic Records. He has released three studio albums: Doo-Wops & Hooligans (2010, #3 USA), Unorthodox Jukebox (2012, #1 USA), and 24K Magic (2016, #2 USA). As of 2018, Mars has ten top 10 hits in the USA (and five more as a featured artist), including seven #1 singles combined : "Just the Way You Are", "Grenade", "Locked Out of Heaven", "When I Was Your Man", "That's What I Like", "Uptown Funk" by Mark Ronson and "Nothin' On You" by B.o.B. Mars has won 11 Grammy Awards in his career. He also co-wrote the international hits Right Round by Flo Rida and Wavin' Flag by K'naan. After the success of the songs he featured on, Mars released his debut EP, It’s Better If You Don’t Understand, in May 2010. He then released his debut album, Doo-Wops & Hooligans, on October 5th, 2010 which features special guest appearances from B.o.B, Cee-Lo Green, and Damian Marley. The lead single, Just the Way You Are, was released on July 19, 2010. The second single off the album, Grenade, was released on September 2010 as a promotional single but was eventually shifted to official second single. The It Will Rain Songfacts reports that in 2011 he recorded "It Will Rain," the lead single from the soundtrack to the movie The Twilight Saga: Breaking Dawn – Part 1. It was released exclusively on iTunes September 27, 2011. Bruno Mars was born and raised in the Waikiki neighborhood of Honolulu, Hawaii by parents Pete and Bernadette "Bernie" Hernandez, of Puerto Rican and Filipino descent. Hernandez was one of six children and came from a musical family giving him a diverse mix of reggae, rock, hip hop, and R&B. From a young age, he was impersonating and performing songs by artists such as Michael Jackson, Elvis Presley, The Isley Brothers, and The Temptations. In 1990, Hernandez was featured in MidWeek as "Little Elvis", going on to have a cameo in Honeymoon in Vegas in 1992. "I watch the best. I'm a big fan of Elvis. I'm a big fan of 1950s Elvis when he would go on stage and scare people because he was a force and girls would go nuts! You can say the same thing for Prince or The Police. It's just guys who know that people are here to see a show, so I watch those guys and I love studying them because I'm a fan," he stated. In 2010 he said, "Growing up in Hawaii made me the man I am. I used to do a lot of shows in Hawaii with my father's band. Everybody in my family sings, everyone plays instruments. My uncle's an incredible guitar player, my dad's an incredible percussionist, my brother's a great drummer, he actually plays in our band. I've just been surrounded by it." He attended President Theodore Roosevelt High School, graduating in 2003 at the age of seventeen, and shortly after moved to Los Angeles, California to pursue a musical career. Before becoming a successful solo artist, Hernandez was an acknowledged music producer, writing songs for Alexandra Burke, Travie McCoy, Adam Levine, Brandy, and Sean Kingston, as well as Flo Rida's international hit "Right Round". He also co-wrote the Sugababes' hit song "Get Sexy" and provided backing vocals on their album Sweet 7. His first musical appearance as a singer was in Far East Movement's second studio album Animal, featured on the track "3D". He reached prominence as a solo artist after being featured on and co-writing B.o.B's "Nothin' on You" and Travie McCoy's "Billionaire"; both songs peaked within the top ten of many charts worldwide. He said of them, "I think those songs weren't meant to be full-sung songs. If I'd sung all of "Nothin' on You", it might've sounded like some '90s R&B." Following this success, Mars released his debut extended play (EP), titled It's Better If You Don't Understand, on May 11, 2010. The EP peaked at the ninety-ninth position on the Billboard 200 and produced one single: "The Other Side", featuring rappers Cee Lo Green and B.o.B. He performed a medley of "Nothin' on You" and "Airplanes" with B.o.B and Hayley Williams at the 2010 MTV Video Music Awards on September 12, 2010. He opened for Maroon 5 on the fall leg of the Hands All Over Tour which began on October 6, 2010. Mars also co-headlined with Travie McCoy on a European tour that started on October 18, 2010. On September 19, 2010, Mars was arrested in Las Vegas for possession of cocaine. He claims "he has never used drugs before" and his decision was "foolish". Read more on Last.fm. User-contributed text is available under the Creative Commons By-SA License; additional terms may apply.
FREE SHIPPING ON ORDERS OVER £100 TO UK MAINLAND ONLY
See exclusions
View Cart