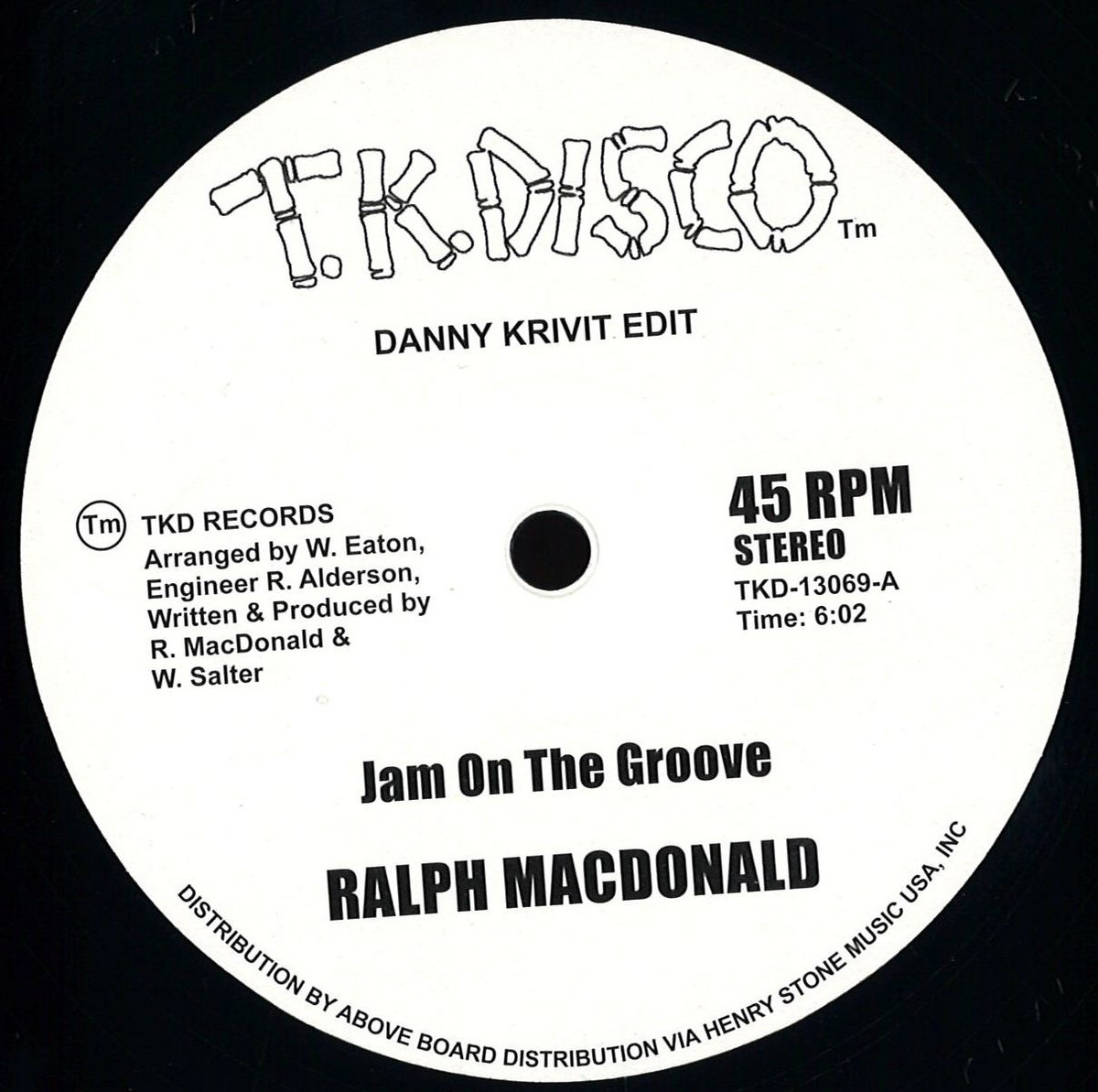 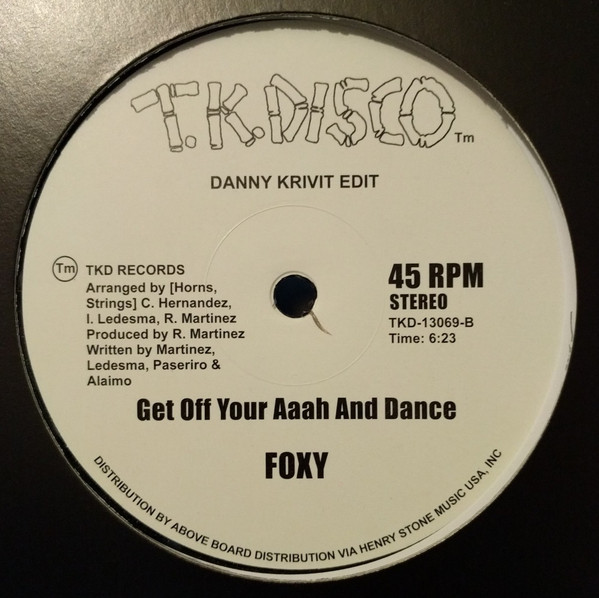 - NEW RELEASE
Sorry, this item is currently unavailable.
ARTIST:
MacDonald, Ralph / . Foxy
TITLE:
Jam On The Groove (Danny Krivit Edit) / Get Off Your Aaah And Dance (Danny Krivit Edit)
LABEL:
TK Disco
CATNO:
TKD13069
STYLE:
Deep House / Jazzy House /
FORMAT:
Vinyl record
DESCRIPTION:
Danny Krivit Serves Up " Jazzy Deep House Cuts - NYC Disco legend Danny Krivit returns to the editing block on behalf of seminal Miami Disco powerhouse TK Disco. With 45 years in the DJ game under his belt and having played endless gigs all over the world during that time it's safe to say Mr.K knows exactly what he's doing when it comes to the re-edit thing! With unprecedented access to TK's vaults Danny has been turning in some stellar reworkings as of late and the cuts included on this latest instalment keep the quality sky high!

On the A-side Mr.K kicks off with a heavyweight edit of a stone cold b-boy / club classic! The legendary, late Ralph McDonald's (RIP) 'Jam on the groove' has long been a staple source of nourishment for hungry samplers and it's stripped back, calypso influenced percussion breakdowns have found themselves being cut up by numerous DJ's at clubs and block parties since it's original release in 1976. Here, Mr.K brings that killer breakdown right up front, rearranging the track in a way that gives us all the meat! This is a truly pared back edit, those with keen ears will recognise a wealth of samples that have been jacked from mr McDonald's drum-kit. This is one cut you can either hustle to or head-spin to! Hot, hot, hot....

The B-side see's Miami's FOXY and their 'Get off your aaah & dance' get the Mr.K editing block treatment. Kicking off with some tight drums with a heavy Latin influence this cut rolls along so smooth, giving way to a super funky pairing of guitars and flutes. FOXY are another group whose catalogue has been plundered by sample savvy producers over the years. This particular track is Disco heaven, beautifully produced and arranged, it flows along and will certainly cause some dance-floor tremors! A track for dancers, 100%, gracefully tweaked by Mr.K in just the right way! Essential business! File under - *Grown-up Disco Of course, Danny Krivit's edits are always done in the proper manner, from the point of view of someone who has lived, breathed and played this music for the best part of 50 years. 100% legit re-edits, from Danny's personal collection, remastered and released in conjunction with Henry Stone Music / TK Disco - Miami FL.