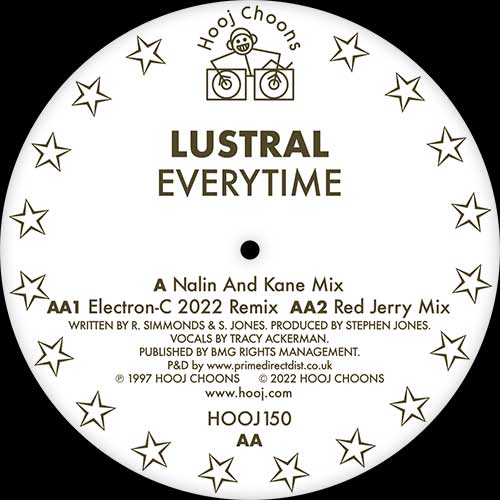 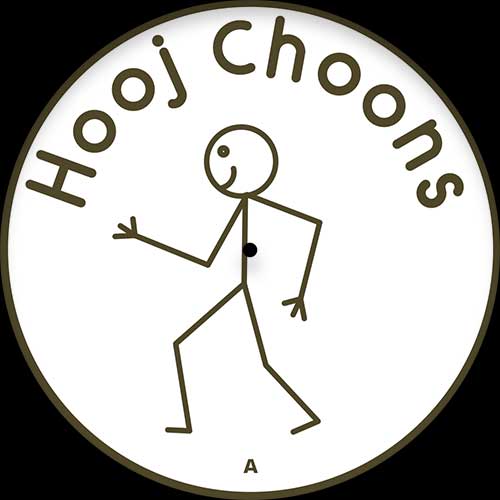 Celebrating the 25th anniversary of the 1997 trance / breaks classic ‘Everytime’ with a reissue including the massive Nalin & Kane / Red Jerry mixes alongside a newly commissioned D&B mix from Electron C.

Dialling it back to ’97, Lustral - a project from UK based duo Ricky Simmonds and Steve Jones, who also were responsible for other acts such as The Space Brothers, Chakra, Essence, Force Majeure, Ascension and many others, unleashed a future anthem ‘Everytime’. An ethereal breaks/house gem, the original version has euphoria written all over it, not least for those beautiful vocals from singer / songwriter Tracy Lee Ackerman. During the years the track got remixed a number of times, by people such as Nalin & Kane, Way Out West, Timo Maas, Red Jerry, Mike Koglin amongst others.

On this reissue you’re served the classic, unforgettable remixes from Nalin & Kane and Red Jerry alongside an incredible new drum and bass rework from Electron C.

Ricky Simmonds and Stephen Jones form the backbone of Lustral. Together, they have also been the driving force behind major acts such as Chakra, The Space Brothers, Oxygen, The Realm, Kaleidoscope, Force Majeure and Ascension (they also had two releases under the moniker Essence). Over the last decade they have released over 50 singles with independent and major labels including Manifesto, Virgin, Zomba, Perfecto, MCA, Ministry Of Sound, 3Beat Breaks, Hooj Choons, East West, Platipus, Ultra, Media, Sony, AM:PM, Cheeky, ZTT, Captivating Sounds, Additive, Xtravaganza, Boss and Warner Brothers. They have had 13 top 40 hits in the UK, and their songs have featured on compilations that have sold in excess of 14 million units worldwide. Aside from their recording work, Lustral has been actively involved in various other projects that include remixes, collaborations, film and television work. They have written music for the television series 'The Sopranos', plus tracks for films including 'Manumission - The Movie' and the John Travolta film - 'Swordfish'. Ricky and Steve are also playing a major role in the digital revolution for dance music. They founded the download store Audiojelly.com, which sold mp3s from over 1000 dance labels across the globe, until its closure in 2014. Collaborating with Aidan Love, Andrea Britton and Tracey Ackerman - they have come up with what they regard as the 'most exciting music they have written to date'. Their debut Lustral album - 'Deepest Darkest Secrets' is due for a 2007 release featuring the singles 'Solace' and 'Broken'. The 12 track set will surprise keen followers of Lustral with its eclectic, song-driven beauty - which also includes their timeless classic 'Everytime'. Read more on Last.fm. User-contributed text is available under the Creative Commons By-SA License; additional terms may apply.
FREE SHIPPING ON ORDERS OVER £100 TO UK MAINLAND ONLY
See exclusions
View Cart