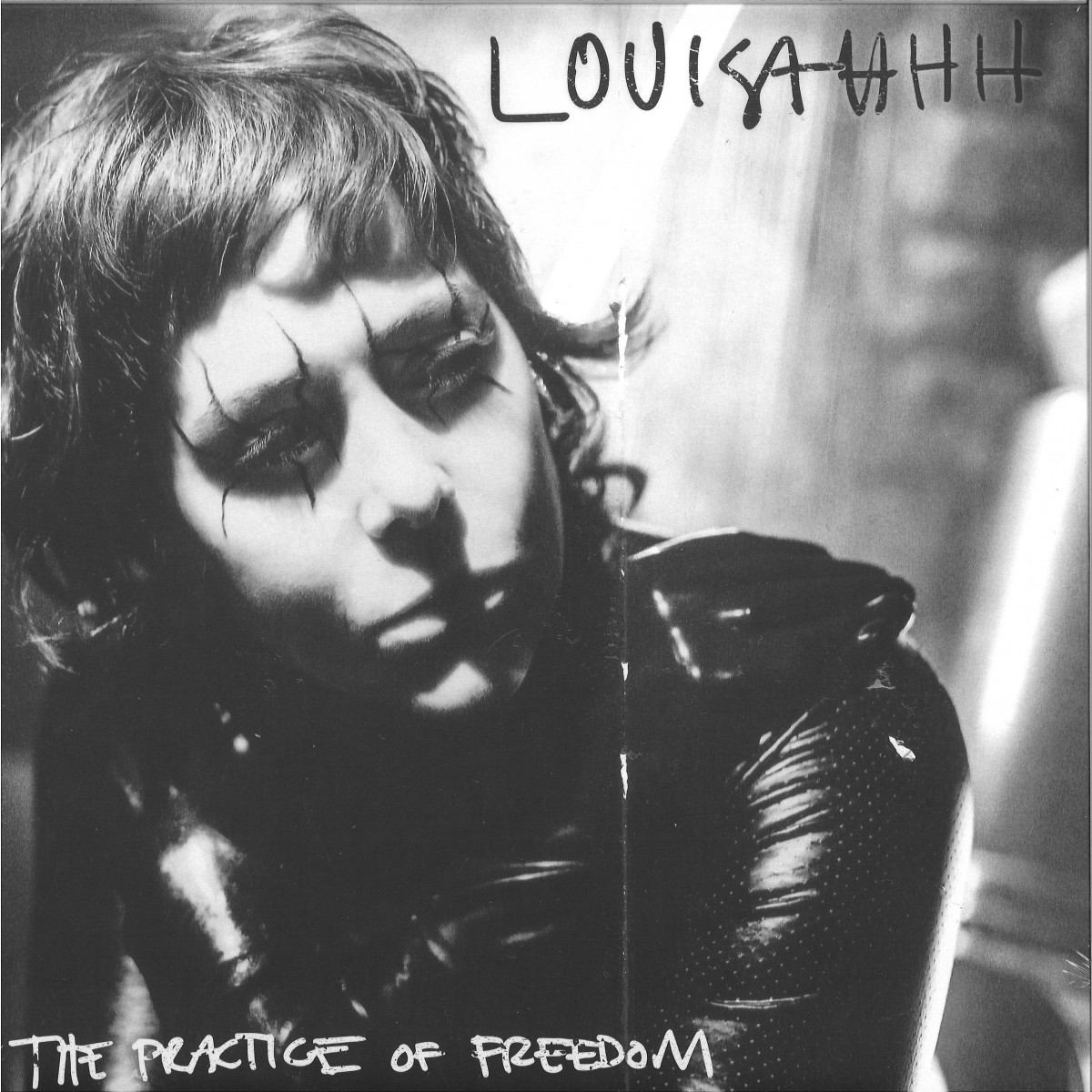 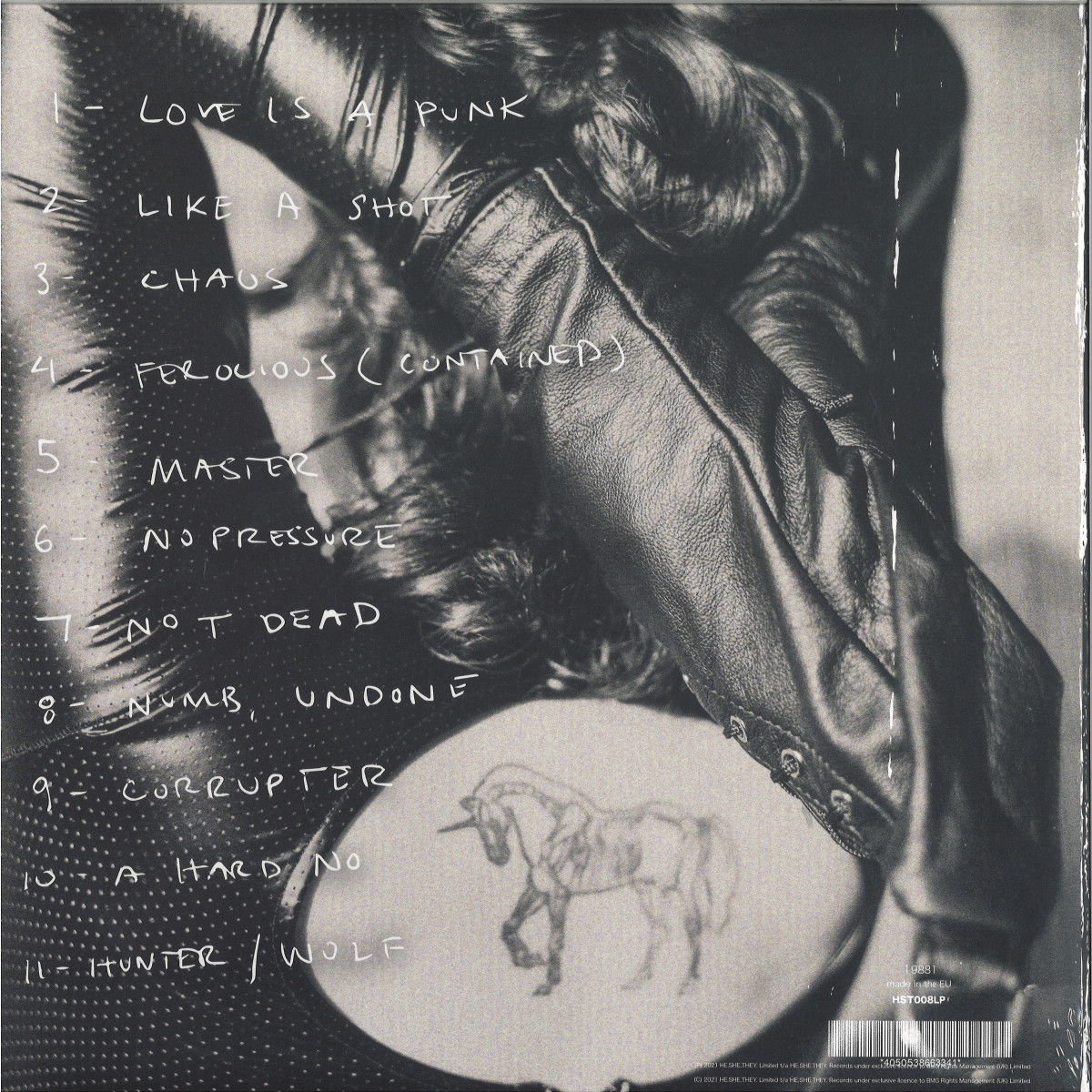 “Punk’s new heroine” Louisahhh presents The Practice of Freedom, her debut album born from experiences of loss and love, told through a journey of brutally beautiful electronics, electro and techno colliding with industrial, rock and alternative sounds. Set for release on March 12th, it captures the identity of Louisahhh exquisitely, and is a record of our times, covering themes ranging from eroticism and empowerment to addiction and apocalypse, whilst finding a perfect home on the polysexual polymath label HE.SHE.THEY.

“I find typically that music is a premonition, that I think it’s about something when it’s being made and it winds up being a prayer galvanizing me”. New York born, Paris based Louisahhh describes her creative process channelling her outlook based on DIY punk ethics, inclusivity and spirituality. Set upon a path of recovery from addiction at a young age, she has transformed her life challenges into art that celebrates her rebirth and forges struggles into assets. Embracing the diverse nature of the underground, she is an active feminist and champions female and LGBTQIA+ talent in the industry. Heading up the RAAR label alongside close friend Maëlstrom, she has hammered out a reputation for bold, raw anti-establishment music.

Building on their growing release schedule, HE.SHE.THEY. founders Steven Braines and Sophia Kearney were delighted to have the Practice of Freedom as the inaugural album release, “if there was ever an album that epitomised why we started the label it’s surely this; a raw, intelligent, soul bearing and genre defying debut that never dilutes or shies away from its vision and purpose. In other words, true artistry”.

The Practice of Freedom heralds the evolution of Louisahhh as she delivers her most exposing work yet, with the album's conception coming from an exploration of the unorthodox archetype 'feminist submissive', based on the mantra “sin is not being true to yourself”. The album produced by American musician, music video director and photographer Vice Cooler sees ideas and lyrics by Louisahhh re-contextualised into revolutionary experimental sounds, formed through their shared love of American alternative rock.

Lead single Love is a Punk opens the album with Louisahhh’s powerful vocal delivery that demands attention alongside marching drums and tells a story of the disruptive, ferocious nature of love. The sound of helicopter blades combines with crunchy electro distortions on the feminist anthem Like a Shot, simmering and bubbling with dynamic energy. A swarm of bees opens Chaos, before moving into a heavy, chugging rock piece that sees influences of Nine Inch Nails and Judith Butler come to the fore.

The pace lowers on Not Dead; murky, cold chords repeat over words of god and death to create an eerie, cinematic atmosphere. Louisahhh tells how a close bereavement shaped the album “the grieving process was new and profound, through this crack in my heart a new capacity for love was able to pour in, unexpectedly.” Unrelenting with barking dogs, gun-fire, industrial machines and demonic screams Numb, Undone is one of the hardest tracks on offer and is an all-out dystopian anthem with an accompanying video due for release in February. Corruptor carries a galvanising force where the club and punk again meet head-on with massive rave synths twisting and

PLAY
CUE
MP3
a1
love is a punk
a2
like a shot
a3
Chaus
b1
ferovious ( contained)
b2
Master
b3
no pressure
c1
not dead
c2
numb , undone
d1
corrupter
d2
a hard no
d3
hunter / wolf
FREE SHIPPING ON ORDERS OVER £100 TO UK MAINLAND ONLY
See exclusions
View Cart