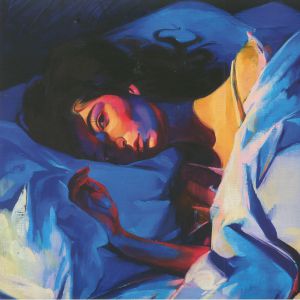 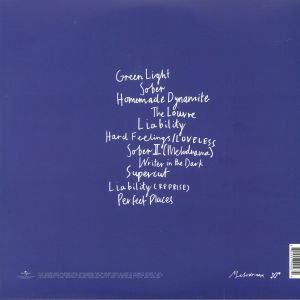 - NEW RELEASE
Sorry, this item is currently unavailable.
ARTIST:
Lorde
TITLE:
Melodrama
LABEL:
Universal
CATNO:
5754710
STYLE:
Pop/Chart /
FORMAT:
Vinyl record
DESCRIPTION:
Growing up in public has been a rite of passage for pop stars since at least Frank Sinatra but, as with any classic storyline, what matters is the execution. Lorde, the preternaturally talented New Zealand singer/songwriter who became an international sensation at the age of 17, knows how to execute not only songwriting and public narrative but also a melding of the two. Melodrama, arriving nearly four long years after her 2013 debut, picks up the thread left hanging on Pure Heroine, presenting Lorde as a young woman, not a sullen teenager. Tonally and thematically, it's a considerable shift from Pure Heroine, and Melodrama feels different musically too, thanks in part to Lorde's decision to collaborate with Jack Antonoff, the leader of Fun. and Bleachers who has been nearly omnipresent in 2010s pop/rock. Antonoff's steely signatures -- a reliance on retro synths, a sheen so glassy it glares -- are all over the place on Melodrama but Lorde is unquestionably the auteur of the album, not just because the songs tease at autobiography but because of how it builds upon Pure Heroine. Lorde retains her bookish brooding, but Melodrama isn't monochromatic. "Green Light" opens the proceedings with a genuine sense of exuberance and it's an emotion she returns to often, sometimes reveling in its joy, sometimes adding an undercurrent of melancholy. Sadness bubbles to the surface on occasion, as it does on the stark "Liability," and so does Lorde's penchant for blunt literalism -- "Writer in the Dark," where our narrator sings "bet you rue the day you kissed a writer in the dark," thereby suggesting all of her songs are some kind of autobiography -- but these traits don't occupy the heart of the album. Instead, Lorde is embracing all the possibilities the world has to offer but then retreating to the confines of home, so she can process everything she's experienced. This balance between discovery and reflection gives Melodrama a tension, but the addition of genuine, giddy pleasure -- evident on the neon pulse of "Homemade Dynamite" and "Supercut" -- isn't merely a progression for Lorde, it's what gives the album multiple dimensions.

Ella Marija Lani Yelich-O'Connor (born November 7, 1996 in Auckland, New Zealand) known professionally as Lorde, is a Grammy Award-winning New Zealand singer-songwriter. Taking inspiration from aristocracy for her stage name, she is known for employing unconventional musical styles and introspective songwriting. Lorde's music is primarily electropop and contains elements of subgenres such as dream pop and indie-electro. She released her first EP, The Love Club EP, in March 2013, and her first single, Royals, in June 2013. Her debut album, Pure Heroine, was released on September 27, 2013, and was followed by Melodrama in 2017. She chose her stage name due to her fascination with "royals and aristocracy". Lorde was born in Auckland, New Zealand. Her father, an Irish-New Zealander, is a civil engineer, and her mother, Sonja Yelich, a Croatian-New Zealander, is a prize-winning poet. She was raised in Devonport, a suburb of Auckland. At the age of 12, she was spotted by A&R scout Scott Maclachlan when he saw her singing in a video of a talent show at her school, Belmont Intermediate. Later, when Yelich-O'Connor was 13, Maclachlan signed her to Universal Music and, at the age of 14, she began working with their songwriters in 2012. Officially released digitally in March 2013 and on CD in May 2013, The Love Club EP features five songs, including the number one hit "Royals". On May 27 2013, "Royals" was covered on national television on the New Zealand version of The X Factor by all-girl group Gap 5, mentored by Melanie Blatt of the All Saints. "Royals" debuted as a single at number 1 on the New Zealand Top 40 on 15 March 2013 and remained in the top position for three weeks. In the U.S. it peaked at number 1 on the Hot 100 and number 1 on both the Alternative charts (making Lorde the first female artist since Tracy Bonham to reach the top) and number 1 on the Rock charts, making her the first female artist to top the charts as a lead singer. On 8 May 2013, The Love Club EP debuted in the number 2 position on the album chart. In August 2013, Lorde became the first woman to top the Billboard Alternative Songs chart in the United States since Tracy Bonham in 1996. Following the release of "Royals" in the United States in June 2013, 85,000 copies were sold during a single week in July. In a subsequent interview, Lorde stated, "I had a sneaking suspicion that it might do all right". In November 2013, her song "Everybody Wants to Rule the World" was included on the soundtrack of the movie "The Hunger Games: Catching Fire" along with tracks from Coldplay, Sia, The Weeknd, Christina Aguilera, Of Monsters and Men, and Imagine Dragons among others. The single "Tennis Court" was released in New Zealand on 8 June 2013. The "Tennis Court EP" was released digitally in the UK on 7 June (due to the timezone difference) and physically on 22 June. It was played during the BBC Sport coverage of the 2013 Wimbledon Championships – Women's Singles final. On 14 June 2013, "Tennis Court" debuted at number 1 on the New Zealand Top 40 singles chart. In the same week, she also became the first New Zealand artist to simultaneously have four songs in the top 20 tracks of the New Zealand Top 40. Previously, Titanium held this record with three songs. 2014 - Major Awards continue Lorde's success continued in 2014, picking up major awards at: - the 56th Grammy Awards - "Song of The Year" for "Royals" and also "Best Pop Vocal Performance" (Los Angeles, January 2014). - the BRIT Awards - International Female Solo Artist (London, February 2014). - the inaugural iHeartRadio Awards - Best New Artist (Los Angeles, May 2014). Read more on Last.fm. User-contributed text is available under the Creative Commons By-SA License; additional terms may apply.
FREE SHIPPING ON ORDERS OVER £100 TO UK MAINLAND ONLY
See exclusions
View Cart