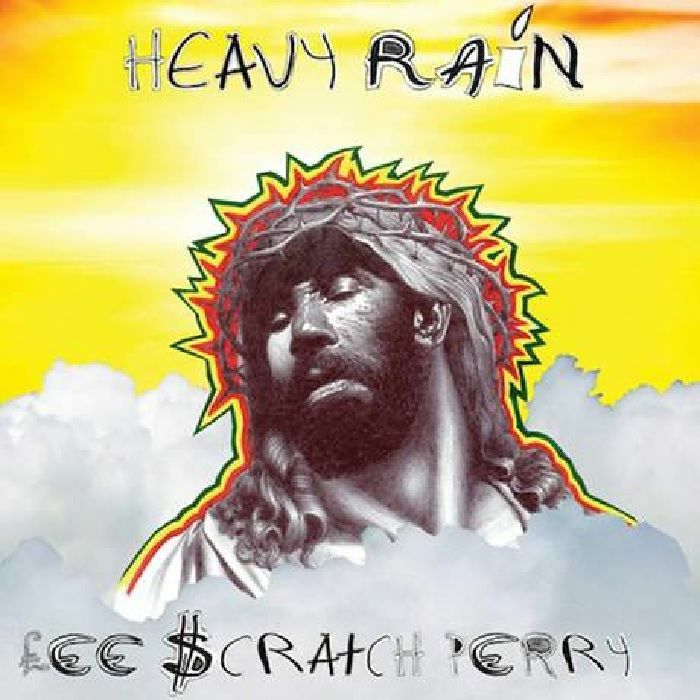 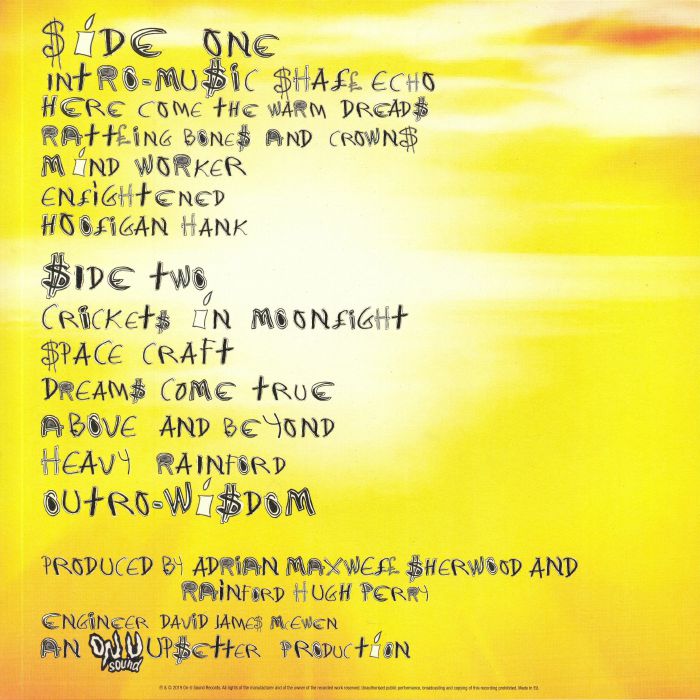 As well as highlighting the deft musicianship of the original backing band on the Rainford sessions (which include core On-U luminaries from Creation Rebel, Tackhead and Dub Syndicate) these re-works also invite some further players into the cosmic mix. Brian Eno makes an unexpected right channel entry into “Here Come The Warm Dreads”, a heavily processed sound system overhaul of Rainford highlight “Makumba Rock”, cheekily re-titled as a nod to Eno’s own debut solo album. This completes a circle started in 1981 with African Head Charge’s My Life In A Hole In The Ground similarly referencing the contemporary collaboration between Eno and David Byrne, and their “vision of a psychedelic Africa”.

Elsewhere, legendary trombonist Vin Gordon (one of the hornsmen on Bob Marley & The Wailers Exodus amongst many other classic sides) lends his distinctively woozy blowing to tracks such as “Rattling Bones And Crowns” (a late night flipside to “Kill Them Dreams Money Worshippers”) and “Crickets In Moonlight” (“Cricket In The Moon” refracted through some beautifully louche late summer heat haze lens). On the closest the album has to a title track, “Heavy Rainford” strips back the narrative from “Autobiography Of The Upsetter” to ride the rhythm with all sorts of mixing desk tricks, anchored by the killer “I Am The Upsetter” hook from LSK.

It’s important to note that it’s not all Rainford re-works though: “Dreams Come True” and “Above And Beyond” are Scratch and Sherwood originals, heard here for the first time and equally strong material for this purple patch in the career of an unstoppable Jamaican maverick and true musical pioneer.

With a discography of over 50 albums, Lee "Scratch" Perry (born Rainford Hugh Perry, on March 20, 1936, in Kendal, Jamaica) is a reggae and dub artist, who has been highly influential in the development and acceptance of reggae and dub music in Jamaica and overseas. He is amongst some of the first producers to create the sound we now know as 'dub'. He employs numerous pseudonyms, such as Pipecock Jaxxon and The Upsetter. His musical career began in the 1950's, continuing through the 50's and 60's with him forming his own record label 'Upsetter' in 1968, and his studio band 'The Upsetters'. In 1973 he built his own studio in his back garden called 'The Black Ark' where he continued to produce music and artists, such as Bob Marley and Max Romeo, using only very minimalistic equipment and his sheer genius. Having his own recording studio enabled him to produce his best work, but it was not to last. The Ark burned down in the early 80's, which Lee Perry stakes claim to. In the late 80's he met Mad Professor, Neil Fraser with whom he began to produce collaborations, and his career was re-kindled. He continues to produce and create even at the age of 73 Read more on Last.fm. User-contributed text is available under the Creative Commons By-SA License; additional terms may apply.
FREE SHIPPING ON ORDERS OVER £100 TO UK MAINLAND ONLY
See exclusions
View Cart