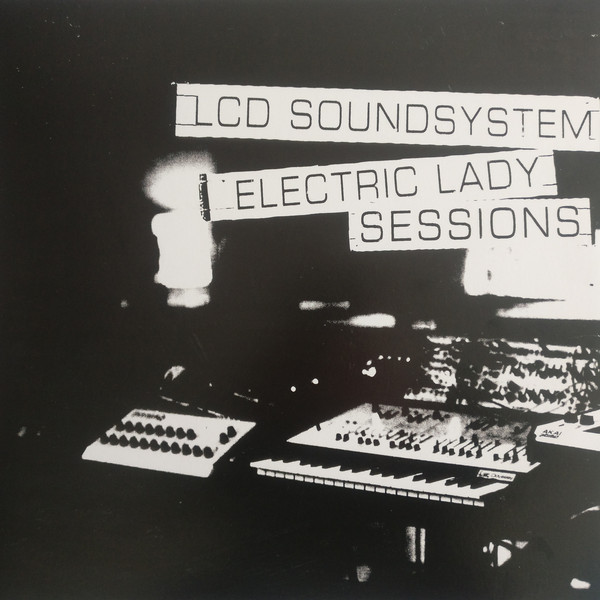 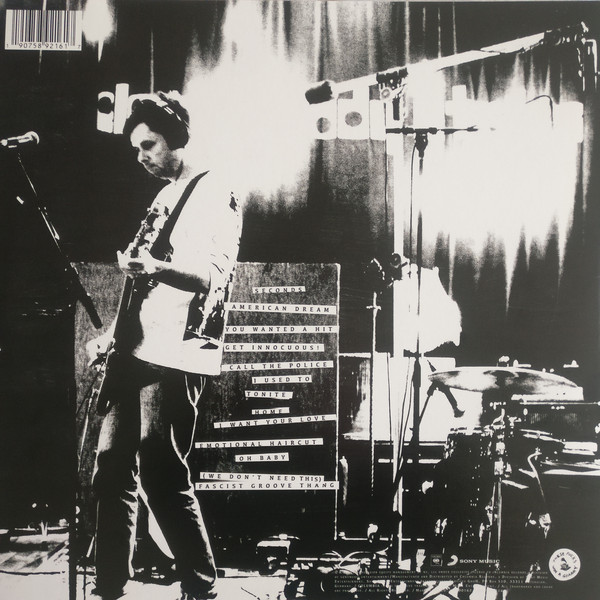 PLAY
CUE
MP3
a1
Seconds
a2
American Dream
a3
You Wanted A Hit
b1
Get Innocuous!
b2
Call The Police
b3
I Used To
c1
Tonite
c2
Home
c3
I Want Your Love
d1
Emotional Haircut
d2
Oh Baby
d3
(We Don't Need This) Fascist Groove Thang

LCD Soundsystem is the musical project of producer James Murphy, co-founder of dance-punk label DFA Records. Formed in 2001 in New York City, New York, United States, the music of LCD Soundsystem can also be described as a mix of alternative dance and post punk, along with elements of disco and other styles. During the band's final years, Murphy was accompanied by Al Doyle (guitar, percussion -- also of Hot Chip), Tyler Pope (!!! / Out Hud) (bass), Nancy Whang (keyboards) and Pat Mahoney (drums). Members that played live with Murphy under the LCD Soundsystem name before this time include Phil Mossman (guitar, percussion) and Phil Skarich (bass). LCD Soundsystem gained attention with its first single, "Losing My Edge". The song, which sounds like the boastings of a music geek put to an electronic beat, received acclaim in 2002. Murphy released a double album simply titled LCD Soundsystem in February of 2005 to critical acclaim. The first disk of the album contains new music and the second contains re-releases of songs previously released as singles. The opening track "Daft Punk Is Playing At My House" entered the UK Top 40 in March 2005. On December 8, 2005 the group received nominations for two Grammys in the Electronica category for their self-titled album and in the Dance category for "Daft Punk Is Playing At My House". This album was also chosen as one of Amazon.com's Top 100 Editor's Picks of 2005. In March 2007, the band released their second album entitled Sound Of Silver. The album has spawned four singles including "North American Scum", "All My Friends", "Someone Great" and "Time To Get Away". Sound Of Silver saw a move towards a more traditional song writing approach whilst still maintaining the production values of their eponymous debut effort. This has resulted in the album appearing in numerous critic's end of year lists and another Grammy nomination for best electronic/dance album of 2007. On November 18, 2008 Al Doyle seemed to suggest in an interview with 6 Music that the band would soon be discontinued. However, the following day both Doyle and James Murphy quashed this rumor, with Murphy indicating a new LCD Soundsystem album was on the way. Murphy began recording in the summer of 2009 in Los Angeles. Possible song titles mentioned at that time included "Why Do You Hate Music?" and "Love in LA." For the 2009 Record Store Day the band released a cover of Suicide member Alan Vega's song "Bye Bye Bayou". On February 23, 2010, the official LCD Soundsystem website announced that the album had been completed. The first single was set to be "Drunk Girls" and on March 25, a stream of the song was put on music site One Thirty BPM. The title of the album and the cover were revealed on the DFA site on March 30. The album, titled This Is Happening, was released in the UK on May 17, 2010 and in the US on May 18, 2010. Prior to the release Murphy promised that it will be "definitely better than the other two." Murphy also stated that it was likely to be the last LCD Soundsystem album. On February 5th, 2011, Murphy announced the band's breakup, citing an interest in pursuing other projects as a record producer. The same day, the band's final performance was announced -- their biggest headlining show ever at New York's Madison Square Garden on April 2nd of 2011. In the show's controversial onsale, the arena sold out in seconds due to scalpers allegedly buying tickets in mass amounts, and denying the opportunity for most fans to buy tickets. After public outrage, the band announced four more shows at New York's Terminal 5, to take place the week before the final show at MSG. On January 5th, 2016, James announced the band's reunion, a new album to be released 2016, and a tour, "not just playing coachella. we’re playing all over". Official site: http://lcdsoundsystem.com Read more on Last.fm. User-contributed text is available under the Creative Commons By-SA License; additional terms may apply.
FREE SHIPPING ON ORDERS OVER £100 TO UK MAINLAND ONLY
See exclusions
View Cart