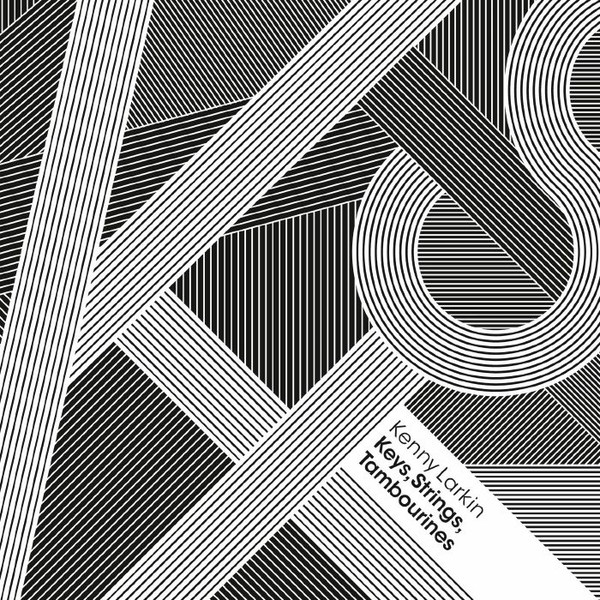 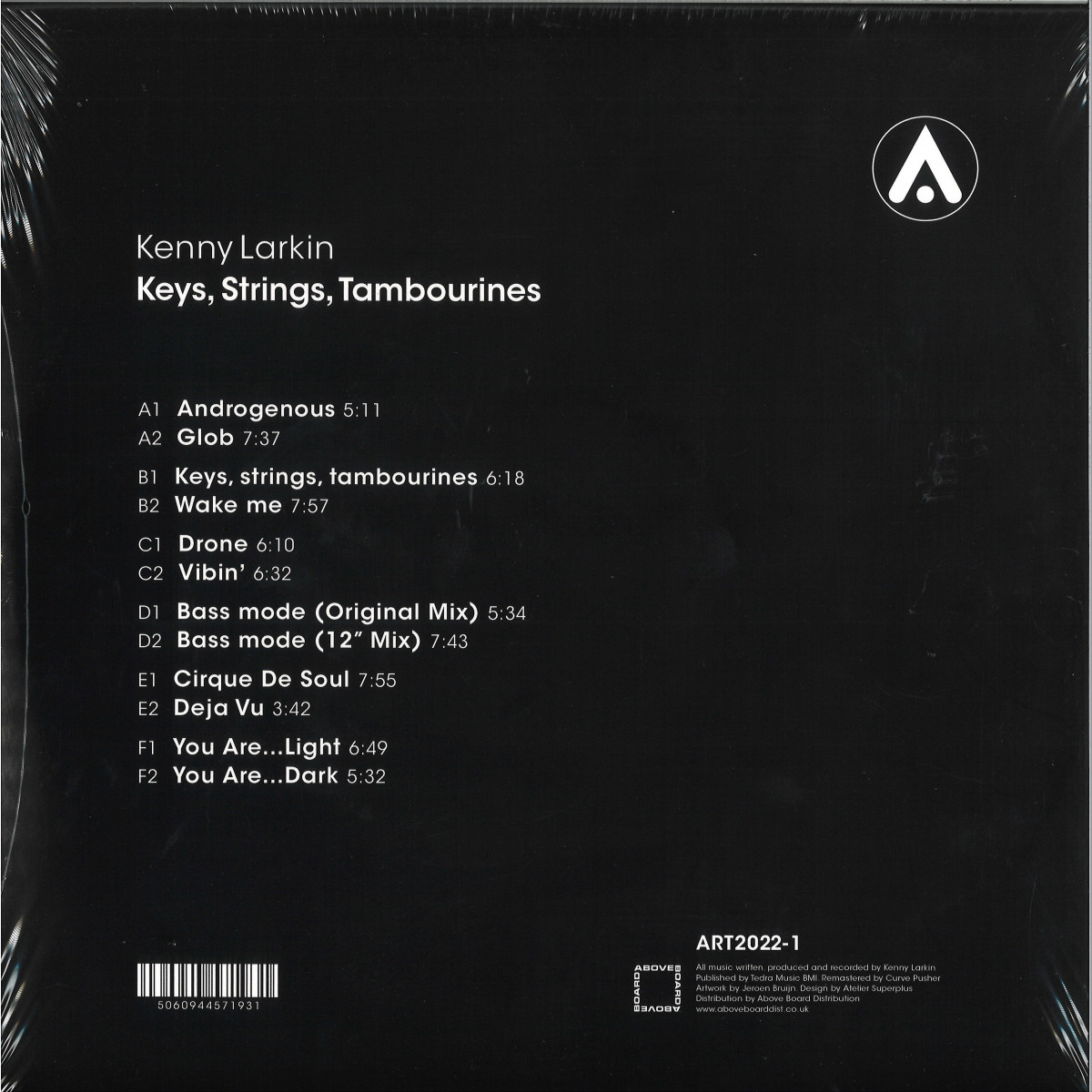 Quietly influencing producers and DJs since its release, it points to where techno can go and what it can be and is a truly and criminally overlooked modern Detroit techno classic. This is an essential purchase for all electronic machine-funk aficionados worldwide. This special expanded edition boasts a slightly reshuffled track order and some additional cuts that were only available on singles at the time, now giving the world 3 solid slabs of futurist techno sonics for the believers! Essential music from the motor city.

'Keys, Strings, Tambourines' has been legitimately reissued for 2022 on Kenny’s own Art Of Dance imprint. Remastered from DAT tapes and original sources by Curve Pusher. Artwork redesigned by Atelier Superplus.

Kenny Larkin hasn't released a huge number of LPs under his own name, but each one has counted when he has. In 2008, Keys, Strings, Tambourines landed on Planet E and reminded the world this Detroit techno hero was still brimming with inspiration. Like the best of his peers, Larkin has a distinctive touch which sets him apart, and it manifests in relentlessly funky, gloriously melodic machine soul throughout this flawless long player. From the lilting, jazzy splendour of 'Glob' to the epic 'You Are...', this is techno as a higher form of expression. This new edition of the album comes on Larkin's own Art Of Dance label, and spreads across three discs with alternative mixes which throw a different light on one of his career high points.

Profile: With the deluge of techno artists from all over the world making headlines, it's easy (although very wrong) to forget that techno was created in Detroit, Michigan by African-American visionaries like Kevin Saunderson, Juan Atkins and Derrick May. From there Kenny Larkin began his music career in 1990 after serving two years in the U.S. Air Force, where he was repairing computers. Hanging out at local Detroit clubs like The Music Institute and The Shelter, he soon hooked up with Richie Hawtin and John Acquaviva records under a variety of monikers, including Dark Comedy, Pod and Yennek. His first full-length album Azimuth, released in 1994, established Kenny as one of the major forces in contemporary dance music. 1995's follow-up, Metaphor, once again proved convincingly that, unlike anybody else, Larkin kicks up some real soul. All in all, Metaphor is a high class Detroit package marked by variety and rhythmic enchantment; it's melodic, emotive and, like so much great U.S. techno, almost jazz-like in places. "This is electronic soul music, full of human feeling and warmth." At times very minimal and ambient, other times well informed by house, Kenny's warm dance beats hit in just the right places at just the right time. "A lot of styles of music come out in my moods: jazz, house, techno... it depends on how I'm feeling" -- Ken, January 1996 Read more on Last.fm. User-contributed text is available under the Creative Commons By-SA License; additional terms may apply.
FREE SHIPPING ON ORDERS OVER £100 TO UK MAINLAND ONLY
See exclusions
View Cart