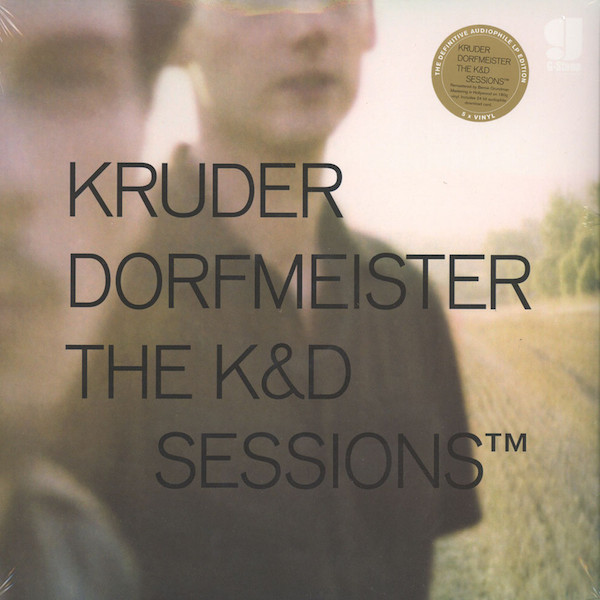 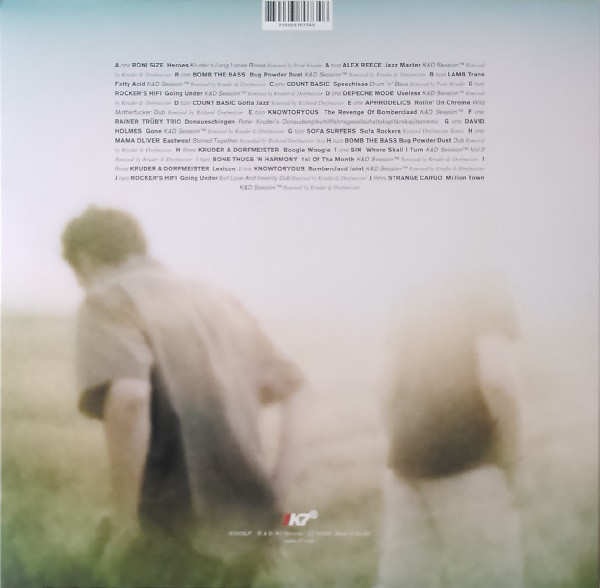 Originally released on Studio !K7 Records in 1998, Peter Kruder and Richard Dorfmeister's groundbreaking release, 'The K&D Sessions' reset the bar for what could be achieved in a compilation. Across an array of original tracks, dubs and infamous 'K&D Session' remixes, the DJ and producer duo took the listener on a smoke-filled blunted journey that flowed flawlessly.
Often compared to DJ Shadow's 'Endtroducing' for it's similarly deft craft of rhythm and quoted by Allmusic as "the most blissfully blunted music the world has ever heard", the album has sold over 1,000,000 copies to date and was included in Spin's 'Top 20 albums of 1999'.

While Kruder & Dorfmeister remained unwilling to release a "proper" album even several years after their breakout, The K&D Sessions is proof positive they're still doing what they do best -- making the most blissfully blunted music the world has ever heard. The two-disc set is first and foremost a K&D mix album, to add to the two they'd already released. It's also a remix collection, though; each of the 21 tracks are reworkings (by Kruder, Dorfmeister, or both) for artists including Roni Size, Lamb, David Holmes, Bomb the Bass, Depeche Mode, Bone Thugs-N-Harmony, Sofa Surfers, and Count Basic.

As could be expected, The K&D Sessions is earthy, downtempo and acid-based, even moreso than previous mix albums by the pair. The pinging vocal samples that echo through the duo's remix of "Bug Powder Dust" by Bomb the Bass prove amply that Kruder & Dorfmeister have a better handle on 21st-century dub techniques than any other producers out there, and the impossibly deep beats on almost every track simply couldn't have been recorded by any other act. Yes, it's a bit of a shame that the pair still hadn't released an album of own-productions, but with (re)mix albums this stunning and accomplished, Kruder & Dorfmeister hardly needed one to gain respect.

Peter Kruder, one half of the austrian duo Kruder & Dorfmeister, most known for their downtempo-dub remixes of pop, hip-hop, and drum and bass songs Read more on Last.fm. User-contributed text is available under the Creative Commons By-SA License; additional terms may apply.
FREE SHIPPING ON ORDERS OVER £100 TO UK MAINLAND ONLY
See exclusions
View Cart