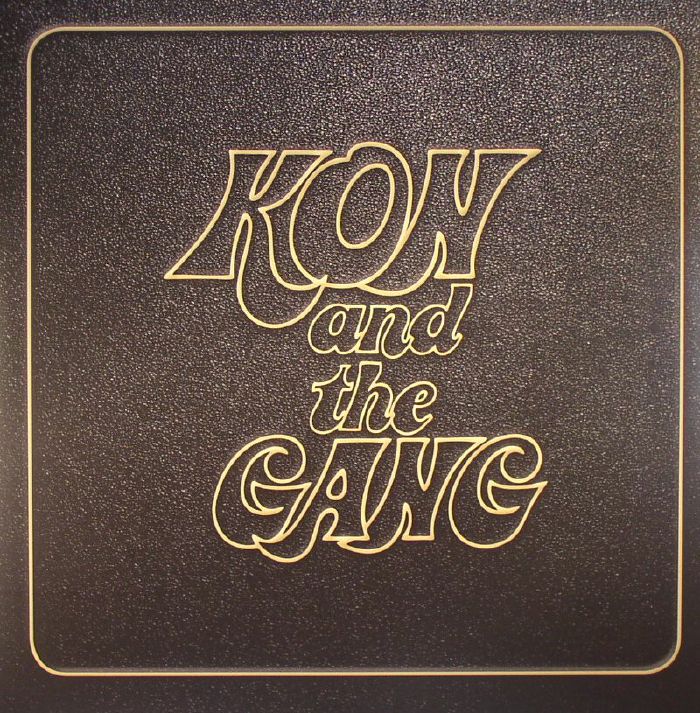 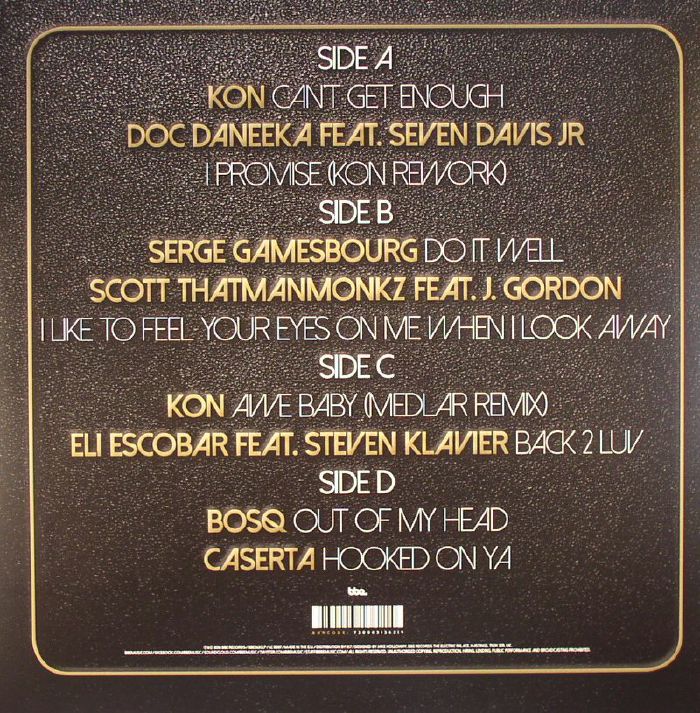 KON - KON AND THE GANG

Vinyl obsessive, renowned DJ and leading light of the global edit scene, Kon knows a thing or twoabout good music. His latest project, Kon & The Gang, introduces a selection of tracks, remixes and edits that the Boston native has lent his golden touch to over the years. Featuring artists à la mode Truccy (Compost's Rainer Trüby & Corrado Bucci), Eli Escobar, Seven Davis Jr, Medlar and Thatmanmonkz, the album gives newcomers to the scene a fantastic taste of the DIY disco / throwback house revival which is currently taking the underground by storm. A mixture of effortlessly cool, slow slung disco & boogie and deftly edited dancefloor gems, 'Kon & The Gang' is sure to delight fans of soulful music old and new.

PLAY
CUE
MP3
a1
Kon -Can't Get Enough
a2
Doc Daneeka Feat. Seven Davis Jr - I Promise (Kon Rework)
b1
Serge Gamesbourg - Do It Well
b2
Scott Thatmanmonkz Feat. J. Gordon - I Like To Feel Your Eyes On Me When I Look Away
c1
Kon - Awe Baby (Medlar Remix)
c2
Eli Escobar Feat. Steven Klavier - Back 2 Luv
d1
Bosq - Out Of My Head
d2
Caserta - Hooked On Ya

1) Tsuyoshi Kon, a skilled guitar player from asia. "Lost in Asia" is probably one of his best known tracks: A beatuiful instrumental piece with lovely harmonies and melodies, main focus set on his electronic guitar, of course. 2) Kon, also known as Savino, a swiss underground solo artist and producer. His main genres are electrofunk, lounge and ambiente. His best known tracks are probably FLS and semi-somnolent. 3) Kon has been digging in crates since 1976, DJing since 1985, and spinning in clubs since 1991. He is one half of Kon and Amir, who released the acclaimed “On Track” and “Off Track” series on BBE Records where they introduced rare grooves to a new audience. His remixes of dance classics prompted Gilles Peterson to name him “Edit/rework King of 2011”, and feature him prominently on his BBC Radio shows. Kon takes a more modest approach, noting that Kon means “King of Nothing,” and seeks to place the love of music above his own work. The last of an increasingly rare breed of dedicated crate diggers, Kon has for years brought his deep knowledge of obscure goodies to clubs and festivals worldwide. He has also spread his gospel to the masses through critically heralded releases on such respected imprints as ABB and BBE. Beyond collecting vinyl and re-editing classics, he has been part of Boston’s Hip-Hop community for nearly 30 years, and has preserved the development of it as a true culturist. Most people know him as just a DJ, but he has history as a writer, music producer, and b-boy. In the studio, Kon has positioned himself at the forefront of a group of anonymous multi-track collectors who posses digital versions of the original recording sessions of some of pop music’s greatest artists such as Stevie Wonder, Barry White, Michael Jackson, Cerrone, Slave, Teena Marie, George Benson, Mizell Brothers, and many more. This resource along with Kon’s vast knowledge of music has resulted in him creating some of the most dance floor friendly edits and remixes today. His NiteTime collaboration with Ben (of Whisky Baron) laid down sun-streaked street party beats laced with the tough kicks of early-'90s boom bap and the sultry, heavily swung rhythms of classic disco resulting in the "Jive Talk" EP" released on Australian imprint Future Classic last April. The highly anticipated release of his edit of Cerrone's "Hooked On You" sold out within hours in June with a one-sided super limited marble pressed vinyl offering on Gold Fingers (Basic Fingers). A "Kon & the Gang EP" containing summertime remixes and reedits of Slave and Chic (among others) was released on Legitmix followed by a Kon & The Gang 12" on Basic Fingers last year. Kon's edits have received massive support from taste makers such as Jazzanova, Derrick Carter, Jacques Renault, Danny Krivit, Soul Clap, Dimitri From Paris, Dâm-Funk, and Gilles Peterson. This year saw the release of Kon's remix via On The Prowl's Party Mix Vol. 7 this past March. On May 27th, Kon's "All About Youx" EP dropped on the new Soul Clap Record label. The EP has already garnered stellar reviews and was selected as Mixmag's EP of the month. July marks the release of his first solo LP on venerated BBE Records. Read more on Last.fm. User-contributed text is available under the Creative Commons By-SA License; additional terms may apply.
FREE SHIPPING ON ORDERS OVER £100 TO UK MAINLAND ONLY
See exclusions
View Cart