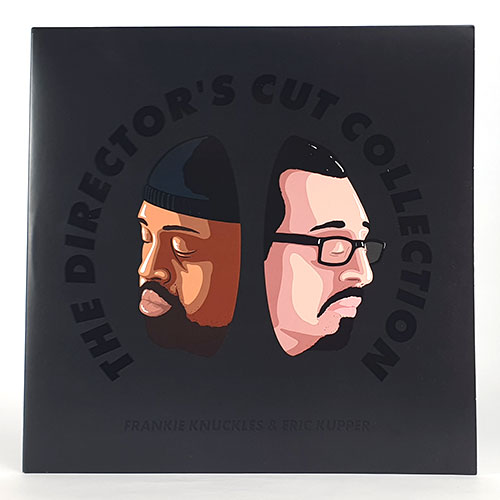 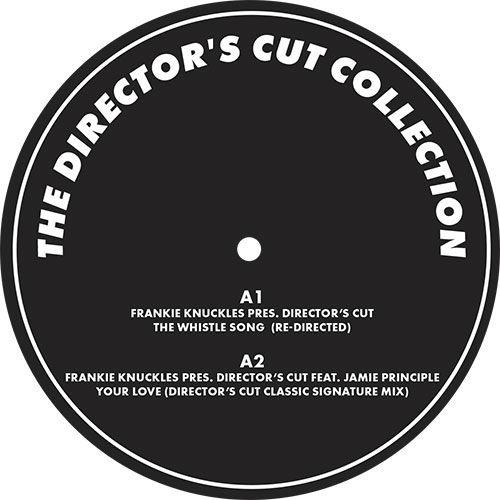 There are few people across the globe, who will have not been touched by the work of Frankie Knuckles. Forever regarded as ‘The Godfather of House’ for his unrivalled contribution to the house music we know today; what started as an underground movement in Chicago has grown to international heights thanks to Frankie. His records earned him recognition on a global scale, allowing him to work with some of the globes biggest names including the likes of Diana Ross, Whitney Houston and Michael Jackson.

Five years ago, Frankie passed away in Chicago on 31st March 2014 leaving behind one of the greatest house music legacies spanning almost four decades. Now he is commemorated by long time writing and production partner Eric Kupper. Eric, himself a seasoned DJ producer and writer, has worked on over 116 Billboard #1 Dance Records and played a pivotal role in a many of Frankie’s productions. Having both worked together for many years they established themselves at ‘Director’s Cut’ from 2011 and set about producing original releases and remixes based on the classic ‘Def Mix’ sound while sharing equal credits for their creations.

Together they re-produced and re-purpose classic cuts for modern dancefloors, with reworks including tracks from Marshall Jefferson, Ashford & Simpson, Artful & Ridney and The Sunburst Band, alongside Frankie Knuckles originals. These releases have now been brought together by Eric to feature on special album called ‘The Directors Cut Collection’ on SoSure Music. It includes the Director’s Cut reworks of Frankie’s classic cuts such as ‘Your Love’ and ‘Take You There’ with Jamie Principle, alongside Frankie’s first #1 single - ‘The Whistle Song’ on which Eric shares writing credits.

The Director’s Cut Collection is a fitting tribute to commemorate the fifth anniversary of Frankie’s passing whilst giving Eric a platform to tell his side of the creative story. This album is to be released in collaboration with The Frankie Knuckles Foundation who work to continuing Frankie’s legacy well into the future.

Frankie Knuckles (born January 18, 1955 in New York City and died March 31, 2014 in Chicago) was a DJ, producer and remix artist. He has earned the appellation "The Godfather of House." While studying Textile Design at FIT in Manhattan, Knuckles began working as a DJ. He played soul, disco and R&B at The Continental Baths (1968) with fellow-DJ Larry Levan. Shortly after this, he began to gain notoriety and played at Better Days. When the Warehouse opened in Chicago in 1977 he was invited to play on a regular basis. He continued DJing there until 1982, at which point he started his own club, The Power Plant. When business difficulties caused it to fold, he moved back to NYC, and was the featured resident DJ at The World, and also had numerous subsequent residencies, including The Choice. It was around this time that he began to immerse himself in producing, remixing and recording. His career really took off as a result. His earliest remixes include First Choice's "Let No Man Put Asunder" and Jago's "I'm Going To Go". As house music gained momentum, pioneering producer Chip E. took Frankie under his tutelage and produced Frankie's first recording, "You Can't Hide", featuring vocalist Ricky Dillard. Then came more production work, including Jamie Principle's "Baby Wants to Ride", and later, "Tears (feat. Robert Owens)" with Satoshi Tomiie. Knuckles did a number of popular Def Classic Mixes with John Poppo as sound engineer. Knuckles partnered with David Morales on Def Mix Productions. With several important original productions and remixes to his name, by the early 1990s, Knuckles was becoming a well-known name in the increasingly popular house music genre. In 1991, Knuckles' debut album Beyond the Mix, released on Virgin Records, contained "The Whistle Song". The Def Classic Mix of "Change" by Lisa Stansfield done around this period also featured the whistle like motif. Another track from the album, "Rain Falls" featured vocals from Lisa Michaelis. Key remixes from this time include his rework of the Electribe 101 anthem "Talking With Myself" and "Where Love Lives" by Alison Limerick. 8,000 copies of the album had sold by 2004. When Junior Vasquez took a sabbatical from Manhattan's The Sound Factory, he took over and launched a successful run as resident DJ until Vasquez made his return, at which point Knuckles became the resident DJ at The Sound Factory Bar. Knuckles remained part of the underground scene. Knuckles won the 1997 Grammy Award for Remixer of the Year, Non-Classical. Knuckles continued to work as a remixer through the 1990s and into the next decade, reworking tracks from Michael Jackson, Luther Vandross, Diana Ross, Eternal and Toni Braxton. He released several new singles, including "Keep on Movin'" and a re-issue of an earlier hit "Bac N Da Day" with Definity Records. In 1995, he released his second album titled Welcome to the Real World. By 2004, 13,000 copies had sold. In 2004, he released a thirteen track album of original material - his first in over a decade, entitled A New Reality, which was critically well received. In October 2004 "Your Love" appeared in the videogame Grand Theft Auto: San Andreas, playing on house music radio station, SF-UR. On 19 September 2005, Knuckles was inducted into the Dance Music Hall of Fame for his outstanding achievement as a DJ. Knuckles is featured in the 2006 documentary film, The UnUsual Suspects - Once Upon a Time in House Music by Chip E., and the 2005 documentary film, Maestro by Josell Ramos. Read more on Last.fm. User-contributed text is available under the Creative Commons By-SA License; additional terms may apply.
FREE SHIPPING ON ORDERS OVER £100 TO UK MAINLAND ONLY
See exclusions
View Cart