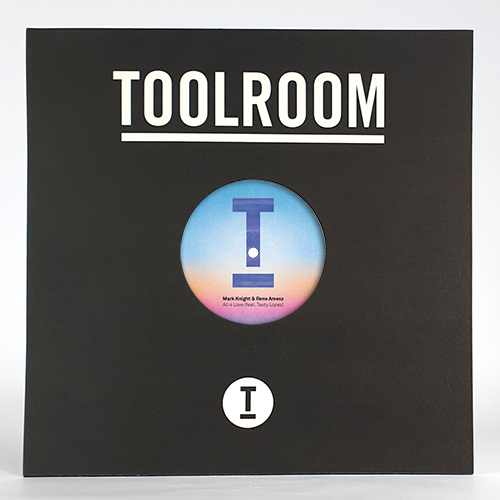 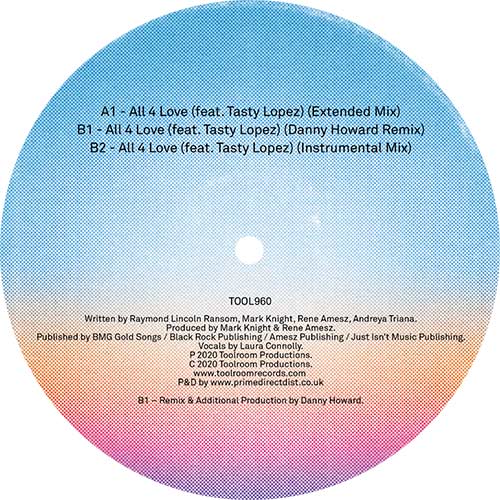 The artists last collaborated with their big impactful single 'Live Stream' alongside Green Velvet (2017) which has gone on to achieve more than 3 Million + global streams. Mark Knight comes hot off the back of the lockdown anthem 'If It’s Love' which not only went viral socially, but continues to stream impressive numbers globally.

Mark goes back to his Soulful roots once again here and utilises that classic bassline and sax riff from Brick’s ‘Living From Your Mind’ meaning the house heads out there will be able to connect instantly, but also due to its instant appeal the younger generation will appreciate it’s creative vibe at the same time. The record is set to continue to highlight Mark Knight’s more soulful house roots and follows his desire to create timeless dance records that stand the test of time! The package also features a stellar remix from Radio 1’s very own Danny Howard!

Not to be confused with, the similarly named, video games and Chiptune composer - Mark 'TDK' Knight. Mark Knight is head of Toolroom Records & a UK DJ / producer. He has stamped his impression on the scene of electronic dance music - through a string of releases & parties - highlighting his label. Often collaborating with fellow British DJ Funkagenda, Mark has been at the forefront of commercial house, techno & tech house. Some of his most successful releases are Man With The Red Face (with Funkagenda), Downpipe (with Underworld & D. Ramirez) & an Underworld rework - Beautiful Burnout (Mark Knight Remix). Read more on Last.fm. User-contributed text is available under the Creative Commons By-SA License; additional terms may apply.

Few people have displayed the disciplined approach to producing that Rene Amesz has in the last ten years. Churning out a steady stream of his unique and dirty sounding tracks, the Rene Amesz sound has been destroying speakers all over the world and it looks like now, it is coming into its own at the opportune time. Maybe Rene’s early career as a football player combined with his Rotterdam background had something to do with his work ethic. People from Rotterdam are generally known for a their ‘get on with it attitude” get yourself together and work hard to get out there! Young Rene was a promising prospect in the football world and considered a player headed for the A-team of Rotterdam’s finest, Feyenoord or Sparta. Unfortunately Rene had to give up because of a nasty injury, but that didn’t stop him from making some adjustments and aiming at a new career that brought him to where he is today. Rene’s first success as a producer came when he started producing records for Mid-Town under various monikers. That’s what really started his hunger for his own sound, all based on phat beats, sick grooves and a unique approach towards arrangements and sounds. He teamed up with Peter Gelderblom who, by that time, had already made a name for himself as a club and shop owner as well as a DJ/producer in his hometown of Rotterdam. Together they are responsible for tracks such as ‘Strike Me Down’ on Wally Lopez’s La Factoria Records, the mighty ‘You Make Me Climb The Wall’ on Sander Kleinenberg’s Little Mountain Recordings and remixes for Danny Tenaglia, Tom Stephan, D. Ramirez and Mark Night just to name a few. Meanwhile, in 2004, Rene met the guys from Extrema Music in Holland who were immediately taken by his determination and approach which resulted in a couple of release that first showcased Rene’s new sound with. These included his first EP on Deep Focus called ‘Courisha’ and the breathtaking ‘I like Sex’. On the back of these originals people were forced to sit up and take notice. Other releases that helped carve Rene’s signature sound were ‘I’ve been away’ on Lowriders Records and ‘I’m your Doctor’ on Nu Republic which crossed Rene’s sleazy style to bigger masses in 2005. From then onwards Rene’s career took a sharp turn upwards and forwards. Sander Kleinenberg’s imprint Little Mountain successfully released the fierce ‘Back into the Funk’ and lately we’ve seen a bunch of amazing releases come out on labels such as La Factoria, Stereo productions, Extrema, DK records and Deep Records with remixes planned for Nic Fanciulli, Jamie Anderson, Muzzaik, Lexicon Avenue and Mark Knight. New releases are scheduled for a number of labels and some will find a home at his newly established label 25 Hertz Recordings. His DJ diary is filling up with gigs where fans appreciate the sore muscles you can only get from dancing all night; after all, that’s what it’s all about, isn’t it? Success is glowingly around the corner – bearly close enough to touch with the anticipation of what is yet to come. Read more on Last.fm. User-contributed text is available under the Creative Commons By-SA License; additional terms may apply.
FREE SHIPPING ON ORDERS OVER £100 TO UK MAINLAND ONLY
See exclusions
View Cart