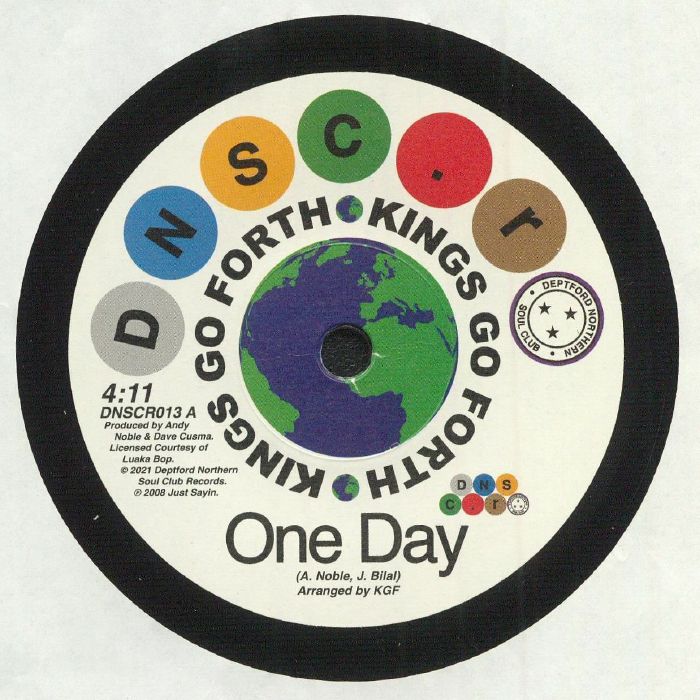 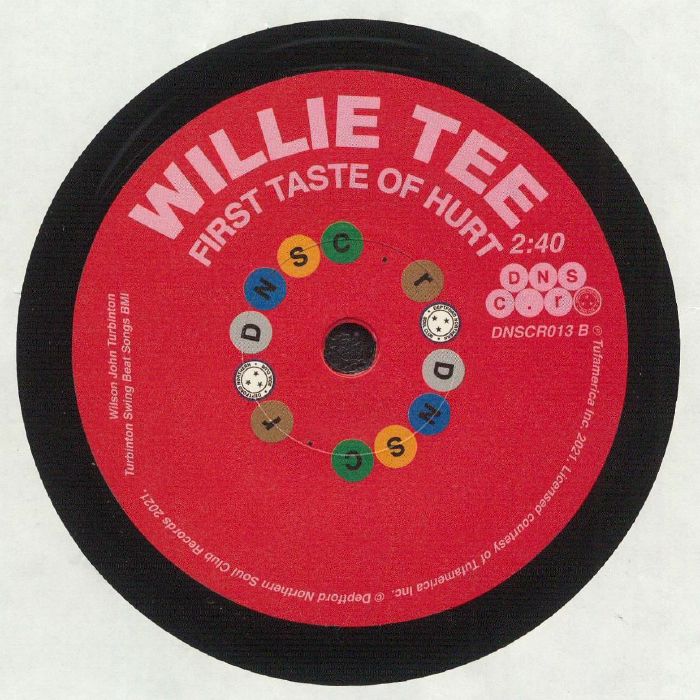 Kings Go Forth ‘One Day’ - Originally released in 2008 on Mr C’s and going for over £80 a throw, the band’s excellent funky debut 45, remastered for maximum dancefloor appeal.

This stellar stand-out cut from the band’s 2010 album ‘The Outsiders Are Back’ was released on Luaka Bop.

Think Curtis Mayfield with Fela’s horns and a percussion backing set to self-destruct; a spine tingling anthem, no less.

An organ-led, brass-powered groove from the New Orleans soul legend, originally released in 1972.

A deep, soulful croon with an enveloping rhythm and a euphoric lift, remastered from the original sound files for added soul.

10-piece Milwaukee combo featuring 3 lead vocalists. Includes ex (and in some cases current) members of Highball Holiday, The Pacers, International Jet Set, The Essentials, De La Buena and many more. The band signed to Luaka Bop in mid-2009 with debut album "The Outsiders Are Back" set for April 20th release. The album release was preceded by a 12-inch single of "Don't Take My Shadow", containing multiple mixes and edits created by the legendary Tom Moulton, a pioneering remixer of the early disco era. Read more on Last.fm. User-contributed text is available under the Creative Commons By-SA License; additional terms may apply.

Willie Tee (February 6, 1944 - September 11, 2007) was a keyboardist, songwriter, singer, producer and notable early architect of New Orleans funk and soul, who helped shape the sound of New Orleans for more than four decades. Born as Wilson Turbinton, Willie Tee secured his place as a New Orleans music legend by arranging, co-writing and leading the band on the Wild Magnolias' self-titled 1974 debut album. The popularity of that landmark recording, and the subsequent "They Call Us Wild" introduced the Mardi Gras Indians' street-beat funk to the world. Wilson Turbinton and his older brother, modern jazz saxophonist, Earl Turbinton, grew up in the Calliope public housing complex alongside the Neville brothers. His earliest influences ranged from the singular rhythm and blues of Professor Longhair to the bebop jazz of John Coltrane. He made his first recordings for the local AFO Records in 1962 while still a teenager. Three years later, he cut "Teasin' You", a soulful, mid-tempo composition for Atlantic Records. His "Walking Up a One-Way Street" and "Thank You John" were also popular hits. In the late 1960s, Willie Tee & the Souls performed everywhere from the Apollo Theater in Harlem to the Ivanhoe on Bourbon Street. After hearing the band at the Ivanhoe in 1968, jazz musician Cannonball Adderley encouraged Tee to record an instrumental album. The album was never released, but the master tapes were recently rediscovered in the vaults of Capitol Records. Tee's pop was called expressive, his funk ferocious and his jazz "like mirrors in a prism" by longtime producer Leo Sacks, who called Willie Tee "a monster on the B-3 organ" in a Times-Picayune article.[citation needed] Tee's early recordings, many of which were reissued by New York's Tuff City Records, found fresh life as source material for rappers. Houston's Geto Boys sampled "Smoke My Peace Pipe", a song Tee had written for the Wild Magnolias. Sean Combs borrowed riffs and grooves from the Gaturs' "Concentrate" for the 1997 album No Way Out. Alex Chilton also recorded a version of Thank You John in the 1980s, and Russell Minus completed a suite of elegies in 1996 based on the legendary yet notoriously underappreciated status which marked Willie Tee's long career. More recently, New Orleans rapper Lil' Wayne sampled "Moment of Truth", a song from Turbinton's 1976 album, Anticipation for "Tha Mobb", the opening track on Lil' Wayne's multimillion-selling Tha Carter II. Willie Tee remained active in his career as a producer, songwriter, performer and session musician. His collaborations with his brother Earl included 1988's Brothers for Life. He contributed to Dr. John's 2004 album, N'Awlinz: Dis Dat or D'Udda, and appeared briefly in the Oscar-winning Jamie Foxx film about Ray Charles, Ray. In October 2005, after Hurricane Katrina devastated New Orleans, Turbinton accepted a job as a visiting lecturer in the music department at Princeton University and spent the next four months working with music students there. In January 2006, he returned to Louisiana and settled in Baton Rouge. In April 2007, The Louisiana Music Hall Of Fame honored Willie Tee for his contributions to Louisiana music by inducting him into The Louisiana Music Hall Of Fame. Willie Tee died on September 11, 2007, aged 63, four weeks after being diagnosed with colon cancer. His brother, Earl Turbinton, had died the previous month. Read more on Last.fm. User-contributed text is available under the Creative Commons By-SA License; additional terms may apply.
FREE SHIPPING ON ORDERS OVER £100 TO UK MAINLAND ONLY
See exclusions
View Cart