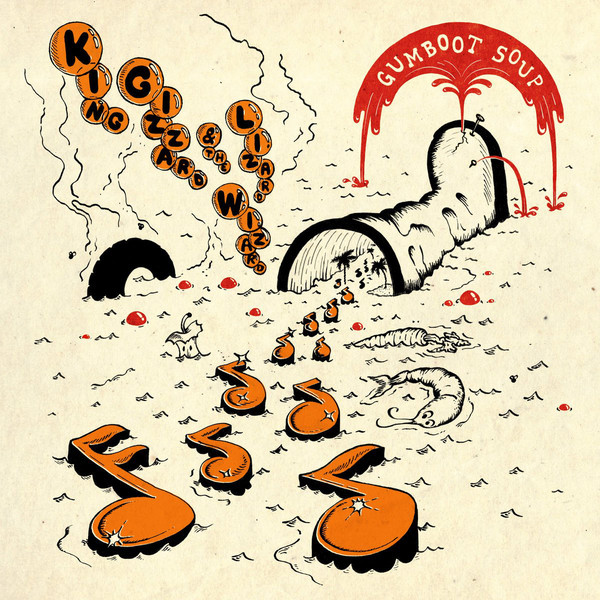 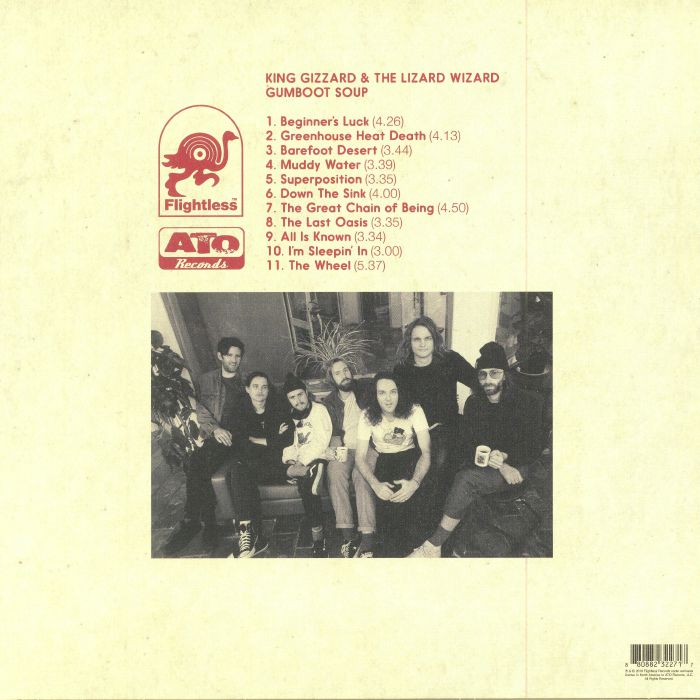 - NEW RELEASE
Sorry, this item is currently unavailable.
ARTIST:
King Gizzard And The Lizard Wizard
TITLE:
Gumboot Soup
LABEL:
Heavenley
CATNO:
HVNLP156
STYLE:
Psychedelic Rock /
FORMAT:
Vinyl record
DESCRIPTION:
Pyschadelic Rock LP - Inc Free Downlaod code for the LP - Right as the clock was striking midnight on the last day of the year, King Gizzard issued Gumboot Soup, an entirely new 11-song collection. "Greenhouse Heat Death" and "All Is Known" are microtonal jams that roil and boil like the songs on Flying Microtonal Banana, the metallic "The Great Chain of Being" has the proggy feel of Murder of the Universe, and a bunch of mellow tracks ("Superposition," "I'm Sleepin' In," "The Wheel") could have been warped a bit and slotted right into Sketches of Brunswick East. The rest of the songs are strong neo-psych that would have fit well

on the grab bag that was Polygondwanaland; the soft rock "Beginner's Luck" would have been a highlight with its marshmallowy chorus and jabbing guitar solo, and the same goes for the almost funky "Down the Sink," which reveals a loose-limbed side the band doesn't often show. So yes, it's a collection of castoffs and almost-weres, but the amazing thing is that it sounds like a greatest-hits collection made up of songs that are fully realized and played with passion and weirdness, not a half-baked slag heap. In case anyone needed it, Gumboot Soup is yet more proof that King Gizzard were firing all year long on all five cylinders, plus about four more that most bands don't have, and the body of work they created is immensely, intensely, jaw-droppingly impressive.

Last FM Information on King Gizzard And The Lizard Wizard

King Gizzard and the Lizard Wizard are a psychedelic surf-rock outfit based in Melbourne, Australia. The band is comprised of Stu Mackenzie, Joe Walker, Eric Moore, Ambrose Kenny-Smith, Lucas Skinner, Cook Craig and Michael Cavanagh. With the members originally from across Victoria and New South Wales, the group came together and built a name through the Melbourne pub scene. They launched their first EP 'Willoughby's Beach' in October, 2011. Read more on Last.fm. User-contributed text is available under the Creative Commons By-SA License; additional terms may apply.
FREE SHIPPING ON ORDERS OVER £100 TO UK MAINLAND ONLY
See exclusions
View Cart