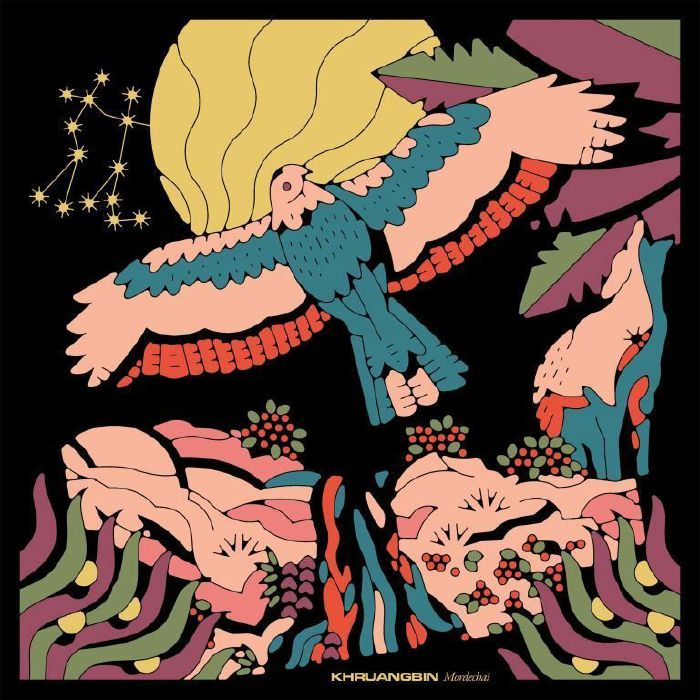 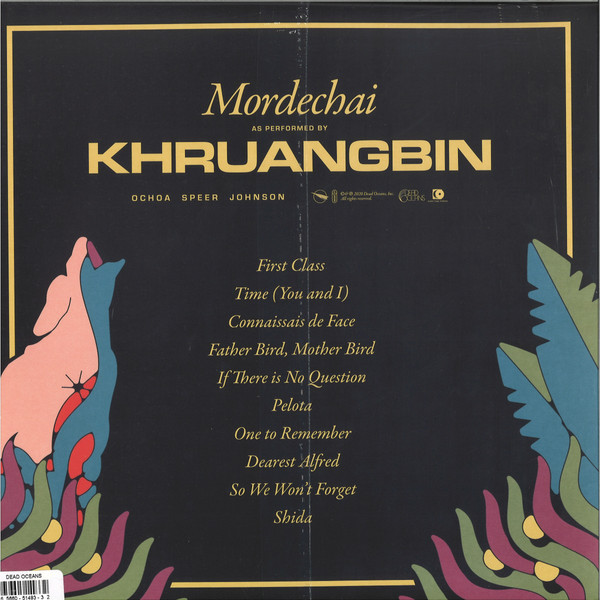 Khruangbin has always been multilingual, weaving far-flung musical languages like East Asian surf-rock, Persian funk, and Jamaican dub into mellifluous harmony. But on its third album, it’s finally speaking out loud. Mordechai features vocals prominently on nearly every song, a first for the mostly instrumental band. It’s a shift that rewards the risk, reorienting Khruangbin’s transportive sound toward a new sense of emotional directness, without losing the spirit of nomadic wandering that’s always defined it. And it all started with them coming home.

By the summer of 2019, the Houston group—bassist Laura Lee Ochoa, guitarist Mark Speer, drummer DJ Johnson—had been on tour for nearly three-and-ahalf years, playing to audiences across North and South America, Europe, and southeast Asia behind its acclaimed albums The Universe Smiles Upon You and Con Todo El Mundo. They returned to their farmhouse studio in Burton, Texas, ready to begin work on their third album. But they were also determined to slow down, to take their time and luxuriate in building something together. Musically, the band’s ever-restless ear saw it pulling reference points from Pakistan, Korea, and West Africa, incorporating strains of Indian chanting boxes and Congolese syncopated guitar. But more than anything, the album became a celebration of Houston, the eclectic city that had nurtured them, and a cultural nexus where you can check out country and zydeco, trap rap, or avant-garde opera on any given night.

In those years away from home, Khruangbin’s members often felt like they were swimming underwater, unsure of where they were going, or why they were going there. But Mordechai leads them gently back to the surface, allowing them to take a breath, look around, and find itself again. It is a snapshot taken along a larger journey—a moment all the more beautiful for its impermanence. And it’s a memory to revisit again and again, speaking to us now more clearly than ever.

PLAY
CUE
MP3
a1
First Class
a2
Time (You and I)
a3
Connaissais De Face
a4
Father Bird, Mother Bird
a5
If There Is No Question
b1
Pelota
b2
One To Remember
b3
Dearest Alfred
b4
So We Won’t Forget
b5
Shida

Khruangbin is a three-piece band from Texas, formed of Laura Lee on bass, Mark Speer on guitar, and Donald Johnson on drums. The trio's first single 'A Calf Born In Winter' was released in May 2014 by Late Night Tales offshoot Night Time Stories, and saw support from DJs Zane Lowe, Cerys Matthews, Tom Ravenscroft, Gideon Coe and magazines as musically diverse as Test Pressing, For Folks Sake, i-D, The 405 and Ransom Note. 'The Infamous Bill' is an expanded offering of Khruangbin's exotic, individual sound. The EP's four tracks were recorded at their spritual home, a remote barn deep in the Texas countryside where Khruangbin's first rehearsals took place. Taking influence from 1960's Thai funk - Khruangbin literally translates to "Engine Fly" in Thai - the EP is steeped in the bass heavy, psychedelic sound of their inspiration, Tarantino soundtracks and surf-rock cool. Mark and DJ's roots are in R&B, hip hop and gospel having played within the same gospel band for years. Both professional musicians, Mark began teaching Laura how to play bass in the summer of 2009. As such, Laura quickly developed a huge passion for the instrument and the aesthetic it brought to music she loved. Having worked studiously on developing her skills, both Mark and Laura were invited to tour with Ninja Tune's YPPAH supporting Bonobo across his 2010 American tour. The tour galvanised the two of them to start making music together more seriously, sowing the first seeds of Khruangbin, with DJ the natural go to for drums. Having kept in touch, Bonobo included Khruangbin's 'A Calf Born In Winter' on his 2013 'Late Night Tales' compilation. In addition to increasing the Stateside following the band has built, the release has helped Khruangbin in topping both the US & UK 'Last FM' fastest growing artists whilst 'A Calf Born In Winter' continues to be one of the most popular single downloads from the compilation. Read more on Last.fm. User-contributed text is available under the Creative Commons By-SA License; additional terms may apply.
FREE SHIPPING ON ORDERS OVER £100 TO UK MAINLAND ONLY
See exclusions
View Cart