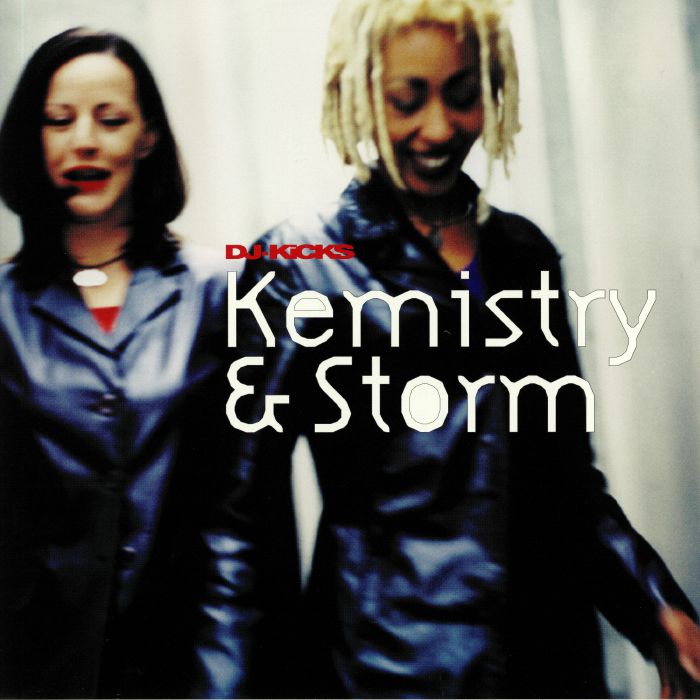 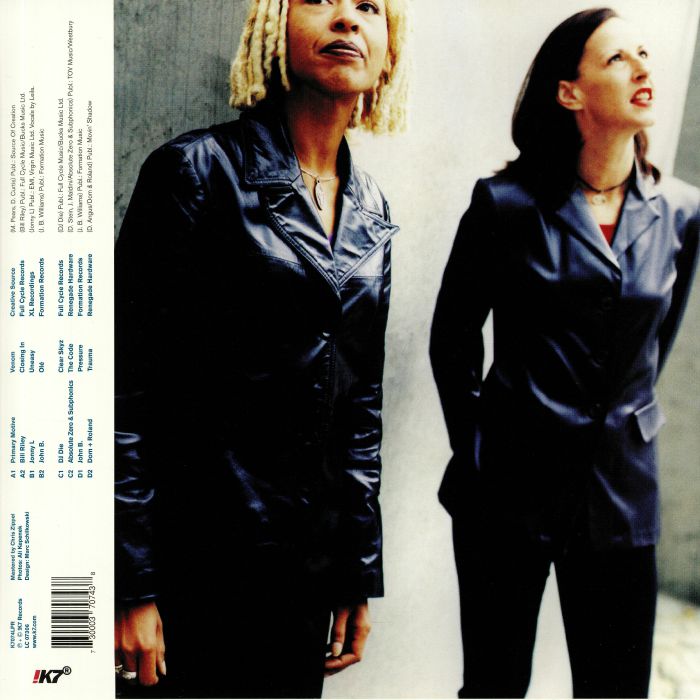 It all began in the late 80s: KEMISTRY & STORM had had enough of their hometown in middle England and moved down to London. Until then, Birmingham-born Kemistry had spent most of her tender years studying as a make-up artist in Sheffield while Storm was studying radiology in Oxford. The pair discovered acid house in London, partied at illegal warehouse raves, and at the end of the 80s stumbled upon ‘Rage’, Fabio and Grooverider’s legendary and influential club night at Heaven, which can be legitimately dubbed as the origin of the entire Breakbeat/Jungle/Hardcore/Drum ‘n’ Bass movement. This is where they decided to dedicate their future entirely to music – as DJs.

The Who’s Who of 90's British Drum ‘n’ Bass producers abounds on DJ-Kicks, and with Goldie, Dom + Roland, Digital, DJ Die, Johnny L and J Majik, features old friends of KEMISTRY & STORM. Any trainspotter can see that with labels like Metalheadz, Full Cycle, XL, Test, Renegade Hardware or Formation, the duo work their way through a range of the most diverse styles, and make DJ-Kicks an exciting testament to contemporary Breakbeat culture.

There are two artists with this name. 1) Kemi Olusanya. One half of the well known female drum & bass DJ/production duo, Kemistry & Storm, responsible for numerous releases on labels such as Reinforced and Metalheadz. Unfortunately, Kemistry died in a car accident while driving back to London from an appearance on April 26th, 1999. She was hit by a loose cat's eye on the road, which broke through the windshield and killed her instantly. 2) House producers Alex Celler & Soy Mustafa. They've released 12"s on NRK Sound Division and Soul Heaven Records. Read more on Last.fm. User-contributed text is available under the Creative Commons By-SA License; additional terms may apply.

There are numerous artists named Storm, some examples include: 1) Storm is a Norwegian folk metal band. 2) Storm is a Swedish heavy progressive rock group. 3) Storm is a California based hard rock band founded in 1976. 4) Storm is a German dance duo, side project of Jam & Spoon. 5) Storm is a female rapper, featured on 2Pac's "All Eyez on Me" and married to Mac. 6) Storm is an alias of US techno artist Steve Stoll. 7) Storm is a Korean girl group also known as Storm (스톰). 8) Storm is a Montenegrin all-girl pop group. 9) Storm is a singer who released the single "Can't Nobody Love Me Like You Do", which was big on the modern soul UK scene in the 1980s. 10) Storm is a Swedish RAC band. 12) Storm is a German thrash metal band. 13) Storm is a Hungarian power/heavy/thrash metal band. 14) Storman Italian heavy metal band. 15) Storma power/speed metal band from Madagascar. 16) Storma Russian power metal band. 17) Storma thrash metal band from Croatia. 18) Storm Large is a female rocker and stage performer in Portland Oregon. 19) Storm is a Bulgarian rock/metal band formed in 2019. Detailed biographies: 1) Storm was a folk metal band from Oslo, Norway, formed in 1993 by Fenriz (Darkthrone, etc.) on drums and vocals, Kari Rueslåtten (ex-The 3rd and the Mortal) on vocals, and Sigurd "Satyr" Wongraven (Satyricon, etc.) on guitars, bass, synthesizer and vocals. 3) Storm is a hard rock band from California, United States, founded in 1976. They released two albums: a first self-titled in 1979, and a second again self-titled in 1983. Musically they are strongly influenced by Queen and Brian May. 4) Storm is a German dance / trance duo, mainly known during the late 1990s and early 2000s, formed as a side project of dance pioneers Jam & Spoon. As "Storm" they had a couple of progressive dance hits in Europe between 1998 and 2000, with singles like "Storm", "Time to Burn" and "Stormanimal". 5) Storm is a female rapper who worked with 2Pac, and was part of the Outlawz crew. She appeared on many of his songs, like: "Strictly 4 My N.I.G.G.A.S.", "Tradin' War Stories", "Thug Passion" and "Run Tha Streetz". After 2Pac passed, she quickly disappeared off the hip-hop scene. Read more on Last.fm. User-contributed text is available under the Creative Commons By-SA License; additional terms may apply.
FREE SHIPPING ON ORDERS OVER £100 TO UK MAINLAND ONLY
See exclusions
View Cart