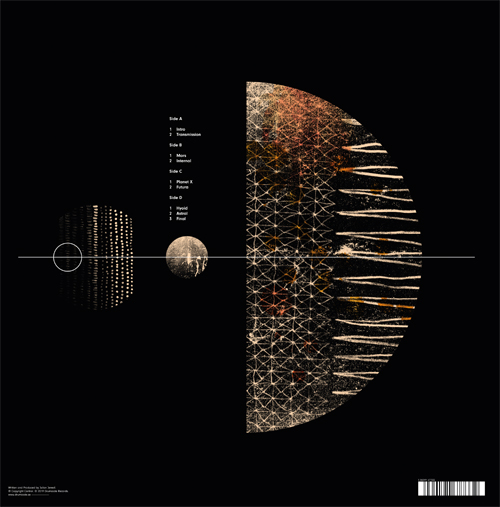 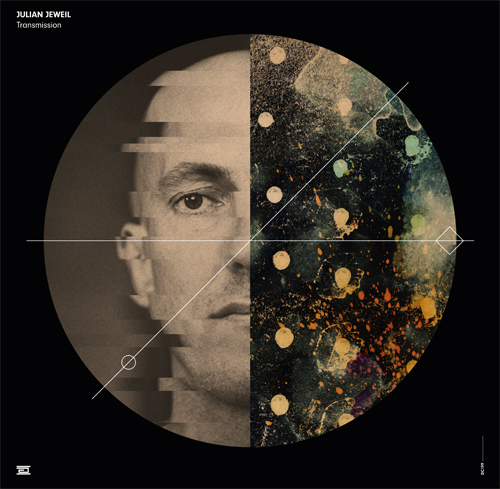 Over the past decade, Julian Jeweil has risen to become one of electronic music’s most respected artists and synonymous with cutting-edge melodic techno. Throughout his career, the Marseille-based artist has garnered numerous accolades and achievements including releasing on esteemed imprints such as Cocoon, M-nus and Plus 8, being Beatport’s #1 top selling techno artist (2015), remixing the likes of Moby, Deadmau5, Dubfire & Oliver Huntemann and Pan-Pot and performing at some of the world’s best clubs/events such as Fabric (UK), Womb (JP), D-Edge (BR), Drumcode OFF Week 2018 (ES), Drumcode Festival (NL), BPM Festival (PT) and Resistance (MX).

With the accumulation of all of this success and experience, the time has now come for the talented Frenchman to continue his burgeoning relationship with Drumcode by following on from his well-received debut ‘Rolling’ EP (2017) and ‘Space’ EP (2017) with his much-awaited debut long-player, Transmission – comprising of 11 stellar tracks inspired by Jeweil’s ambition to produce an album for the dancefloor that would fully represent him without setting any limitations or boundaries.

The alluring space-themed LP commences with the exquisite synth-laden beatless composition ‘Intro’ which is closely followed by one of the album’s darker standout moments, the stomping peak-time title track ‘Transmission’. Elsewhere, there’s further dancefloor weaponry such as the pulsating synth-driven roller ‘Mars’, the edgy groove-based ‘Hyoid’ and the trippy acid-tinged ‘Turbulence’.

Other highlights include, ‘Planet X’ which showcases Jeweil’s mastery of atmosphere, serving as an ambient downbeat interlude when placed between the pounding Berghain-esque workouts such as ‘Internal’ and ‘Futura’. The album continues into its final triptych with ‘Astral’ and ‘Dorsal, 2 powerful bass heavy masterpieces, concluding with the aptly named emotional soundscape ‘Final’ to round off a superb debut long-player that’s well worth the wait.


“With Transmission I wanted to produce an album which would represent me a hundred percent, without limiting myself or setting boundaries. It was important for me to make an LP where every single track could be used in a mix as well as listened to at home. The album's concept was simple: Transmission tells a story; my techno story" Julian Jeweil

"About JULIAN JEWEIL Julian Jeweil, dj producer and high value from the french electronic scene discover techno at the "enfanthome" party in Marseille, the Sun City on the french riviera. This event were a revelation, the start of never ending passion. To 2001, Julian played on many underground parties from his region, this same year he got into Fight Klub crew. He became resident, and played in more than sixty parties. In two years he succeed to push himself high and became a inescapable dj. He played in many wellknown south of France events with artists like Colin Dale, Jennifer Cardini, John lord Fonda Marco Bailey, Los Hermanos, MillimÈtric, AndrÈ Dalcan, Monika Kruse, Dj Tonio, Antony, Miloch, Ralph ;-) Alex k, Tekmics Crew... In 2003, new electro and minimal tendances overflow in south of France, it became a new revelation for him. That same year, he start his producer career, after bought some electronic machines, he discover a new playground. He shut in himself in his studio for three years, learn, assimilate, experiment and create... In 2006, the alchimie between his influences and his technical devotion for creation, give him some good melodious and powerfull tracks with deep emotions. He decided to send a demo to Calme Records, Electric Rescue touched by his feeling proposed him to developpe his artistic work on a long period. But this long period became very short because Julian progressed very quickly. Electric rescue wanted to create a new label and proposed immediatly to julian to produce the first release. Julian got into the skrytpöm crew and shot his first arrow: the gorgeous "AIR CONDITIONNE EP" palylisted by VALENTINO KANZYANI no1, FUNK D'VOID no2, UMEK, ANGEL MOLINA, TONIO, PAUL NAZCA, DELON & DALCAN, HERNAN CATTANEO... A second ep will be ready soon..." -http://www.myspace.com/r2djull Read more on Last.fm. User-contributed text is available under the Creative Commons By-SA License; additional terms may apply.
FREE SHIPPING ON ORDERS OVER £100 TO UK MAINLAND ONLY
See exclusions
View Cart