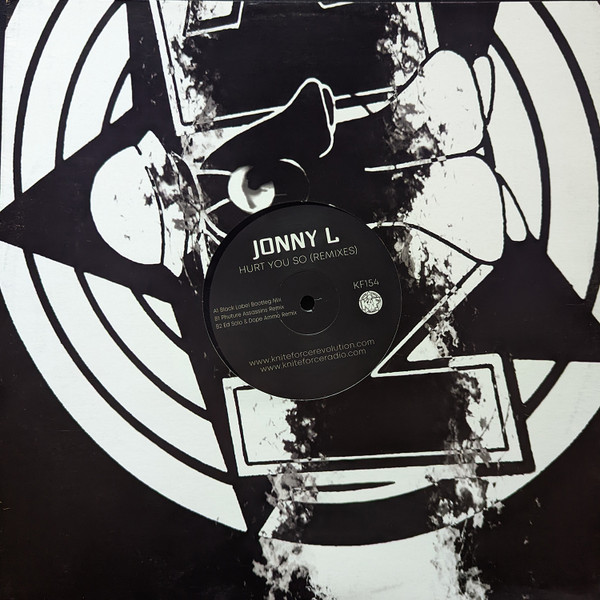 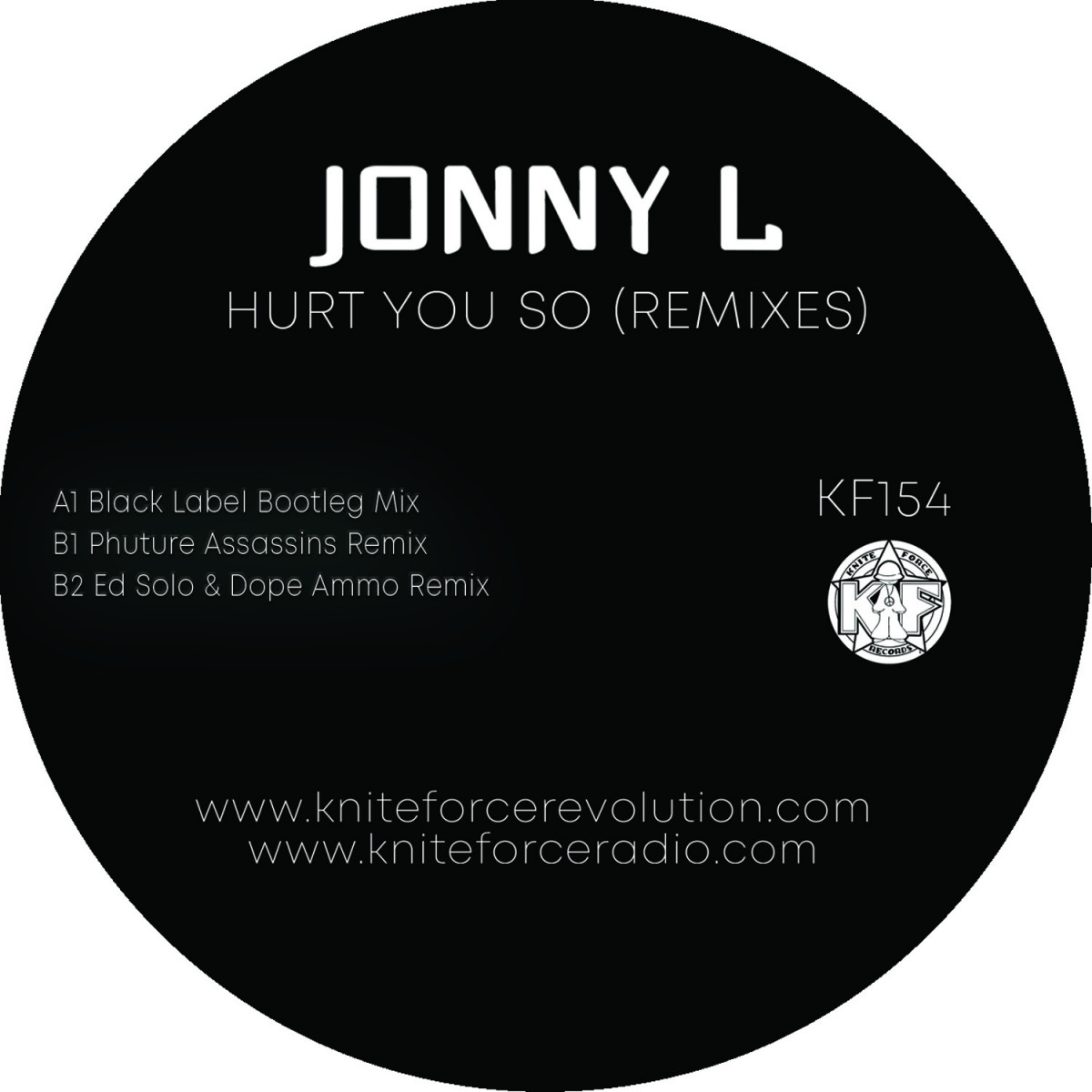 JONNY L - HURT YOU SO (REMIXES)

- NEW RELEASE
Sorry, this item is currently unavailable.
ARTIST:
Jonny L
TITLE:
Hurt You So (Remixes)
LABEL:
Kniteforce Records
CATNO:
KF154
STYLE:
Breakbeat / Drum n Bass /
FORMAT:
Vinyl record
DESCRIPTION:
Brekbeat Hardcore Classic Remixed - Released with the fantastic original mixes, comes one much sought after and two brand new Hurt You So Remixes. The Black Label mix has been desired for decades, and now comes remastered and officially released! Meanwhile, Phuture Assassins brings his standard mix of soul and inventiveness to a rougher edged old skool remix. Ed Solo & Dope Ammo take the remix to a whole new level, and round off the EP with their stunning d’n’b update, an instand classic of a classic and one that is destined to be a huge summer anthem for now and years to come.

Jonny L, real name John Lisners, is a drum and bass producer. He has also released music under the alias Mr. L. He first came to prominence with the rave single "Hurt You So" in 1992. He signed to XL Recordings, the same label as The Prodigy and SL2. He produced more rave singles such as Ooh I Like It. In 1995, he changed direction making drum and bass records, beginning with I'm Leavin. With that he produced two other EPs before his first album Sawtooth in 1997. From this album, the hit single, Piper proved to be a success even though it was extreme in its sound, although on the album there were other electro-influenced tracks. By 1998 the next album, Magnetic, carried on in a similar vein. He left XL to form his own record label, Piranha Records. Another album, 27 Hours A Day followed with the George W. Bush sampled single Let's Roll. Jonny also produced Truesteppers' "Out Of Your Mind", the hit single featuring Dane Bowers and Victoria Beckham, and also produced "Who Do You Think You Are" and "Do It Till We Drop" for S Club's 2002 album, Seeing Double. Read more on Last.fm. User-contributed text is available under the Creative Commons By-SA License; additional terms may apply.
FREE SHIPPING ON ORDERS OVER £100 TO UK MAINLAND ONLY
See exclusions
View Cart