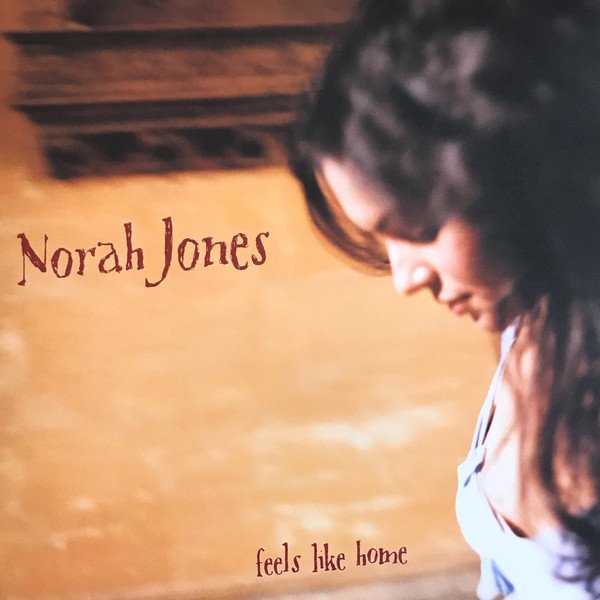 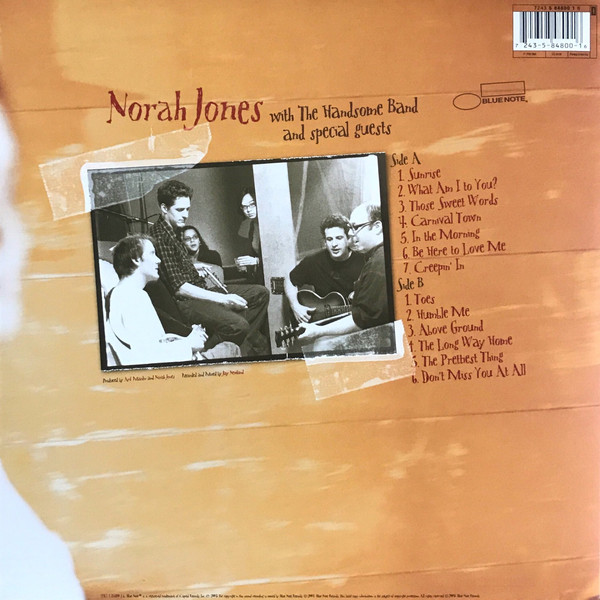 - NEW RELEASE
Sorry, this item is currently unavailable.
ARTIST:
Jones, Norah
TITLE:
Feels Like Home
LABEL:
Blue Note
CATNO:
5848001
STYLE:
Soul-Jazz / Soul-Jazz / Soul / Soul / Soul / Soul / Soul-Jazz / Soul-Jazz /
FORMAT:
Vinyl record
DESCRIPTION:
2004 Classiy Soul / Jazz LP Repressed - It may be far too obvious to even mention that Norah Jones' follow-up to her 18-million-unit-selling, eight-Grammy-winning, genre-bending, super-smash album Come Away with Me has perhaps a bit too much to live up to. But that's probably the biggest conundrum for Jones: having to follow up the phenomenal success of an album that was never designed to be so hugely popular in the first place. Come Away with Me was a little album by an unknown pianist/vocalist who attempted to mix jazz, country, and folk in an acoustic setting -- who knew? Feels Like Home could be seen as "Come Away with Me Again" if not for that fact that it's actually better. Smartly following the template forged by Jones and producer Arif Mardin, there is the intimate single "Sunrise," some reworked cover tunes, some interesting originals, and one ostensible jazz standard. These are all good things, for also like its predecessor, Feels Like Home is a soft and amiable album that frames Jones' soft-focus Aretha Franklin voice with a group of songs that are as classy as they are quiet. Granted, not unlike the dippy albeit catchy hit "Don't Know Why," they often portend deep thoughts but come off in the end more like heartfelt daydreams. Of course, Jones could sing the phone book and make it sound deep, and that's what's going to keep listeners coming back.

What's surprising here are the bluesy, more jaunty songs that really dig into the country stylings only hinted at on Come Away with Me. To these ends, the infectious shuffle of "What Am I to You?" finds Jones truly coming into her own as a blues singer as well as a writer. Her voice has developed a spine-tingling breathy scratch that pulls on your ear as she rises to the chorus. Similarly, "Toes" and "Carnival Town" -- co-written by bassist Lee Alexander and Jones -- are pure '70s singer/songwriting that call to mind a mix of Rickie Lee Jones and k.d. lang. Throw in covers of Tom Waits and Townes Van Zandt along with Duke Ellington's "Melancholia," retitled here "Don't Miss You at All" and featuring lyrics by Jones, and you've got an album so blessed with superb songwriting that Jones' vocals almost push the line into too much of a good thing. Thankfully, there is also a rawness and organic soulfulness in the production that's refreshing. No digital pitch correction was employed in the studio and you can sometimes catch Jones hitting an endearingly sour note. She also seems to be making good on her stated desire to remain a part of a band. Most all of her sidemen, who've worked with the likes of Tom Waits and Cassandra Wilson, get writing credits. It's a "beauty and the beast" style partnership that harks back to the best Brill Building-style intentions and makes for a quietly experimental and well-balanced album.

PLAY
CUE
MP3
a1
Sunrise
a2
What Am I To You?
a3
Those Sweet Words
a4
Carnival Town
a5
In The Morning
a6
Be Here To Love Me
a7
Creepin' In
b1
Toes
b2
Humble Me
b3
Above Ground
b4
The Long Way Home
b5
The Prettiest Thing
b6
Don't Miss You At All

Norah Jones, born on March 30th 1979 in New York City, is one of the most popular contemporary jazz and jazz-influenced singers of our time. She was a member of Wax Poetic before her debut album Come Away with Me. She can still be heard singing with them on two tracks of their release, NuBlu Sessions. Her debut album Come Away with Me was released in 2002 and sold 26 million copies worldwide. It won 5 Grammy Awards in 2003. This album was produced by Arif Mardin. Her second album, Feels Like Home, with folk tendency, is the highest-selling album in the history of Blue Note Records with over a million copies sold within the first week. Norah Jones was listed among the most influential people of 2004 by the Time Magazine. On January 30, 2007 Norah Jones released her third album, Not Too Late - a collection of 13 original songs, itunes includes a bonus live track of the song Sinkin' Soon. This was the most pre-ordered album of all time on Amazon.com. Her fourth studio album, The Fall, was released on November 17, 2009. Her fifth studio album ...Little Broken Hearts was released on May 1, 2012 and she collaborated with Danger Mouse for its production. The Happy Pills Songfacts reports that the album was recorded at Danger Mouse's Los Angeles studio during the fall of 2011. The record was co-written by Jones and Danger Mouse, with the pair handling the majority of the instrumentals. Jones teamed up with the producer after she contributed vocals to his Rome project with Daniele Luppi. The daughter of Beatles-influencing sitar virtuoso Ravi Shankar, Jones doesn't closely follow any particular genre, rather she brings her unique jazzy flavor to songs with roots in country, folk, Americana, and modern light jazz, pop and rock. Read more on Last.fm. User-contributed text is available under the Creative Commons By-SA License; additional terms may apply.
FREE SHIPPING ON ORDERS OVER £100 TO UK MAINLAND ONLY
See exclusions
View Cart