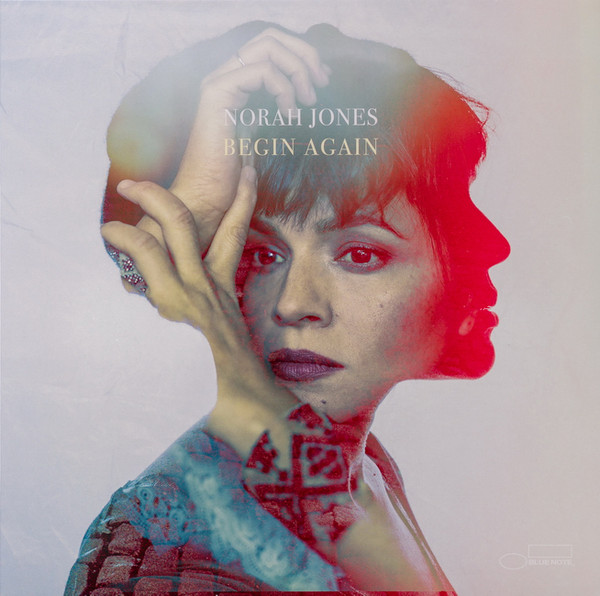 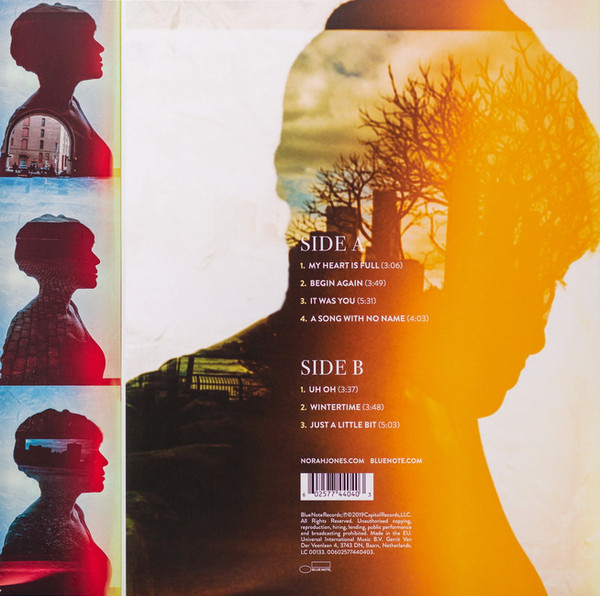 This brief LP collects the seven songs recorded for this project -- all but one released beforehand -- and while they're a disparate batch, they nevertheless cohere thanks to their elegant, elastic experimentation. Jones plays with presentation more than form -- arrangements run from the spooky austerity of "A Song with No Name" to "Uh Oh," an effervescent number that's deceptively dense -- but that's enough to give Begin Again an elusive charm. Every track seems to hint at a grander version than what was delivered, but the loose ends and modest scale are alluring, since they appear to offer an insight into how this fiercely imaginative, quietly fearless singer/songwriter challenges herself.

Norah Jones, born on March 30th 1979 in New York City, is one of the most popular contemporary jazz and jazz-influenced singers of our time. She was a member of Wax Poetic before her debut album Come Away with Me. She can still be heard singing with them on two tracks of their release, NuBlu Sessions. Her debut album Come Away with Me was released in 2002 and sold 26 million copies worldwide. It won 5 Grammy Awards in 2003. This album was produced by Arif Mardin. Her second album, Feels Like Home, with folk tendency, is the highest-selling album in the history of Blue Note Records with over a million copies sold within the first week. Norah Jones was listed among the most influential people of 2004 by the Time Magazine. On January 30, 2007 Norah Jones released her third album, Not Too Late - a collection of 13 original songs, itunes includes a bonus live track of the song Sinkin' Soon. This was the most pre-ordered album of all time on Amazon.com. Her fourth studio album, The Fall, was released on November 17, 2009. Her fifth studio album ...Little Broken Hearts was released on May 1, 2012 and she collaborated with Danger Mouse for its production. The Happy Pills Songfacts reports that the album was recorded at Danger Mouse's Los Angeles studio during the fall of 2011. The record was co-written by Jones and Danger Mouse, with the pair handling the majority of the instrumentals. Jones teamed up with the producer after she contributed vocals to his Rome project with Daniele Luppi. The daughter of Beatles-influencing sitar virtuoso Ravi Shankar, Jones doesn't closely follow any particular genre, rather she brings her unique jazzy flavor to songs with roots in country, folk, Americana, and modern light jazz, pop and rock. Read more on Last.fm. User-contributed text is available under the Creative Commons By-SA License; additional terms may apply.
FREE SHIPPING ON ORDERS OVER £100 TO UK MAINLAND ONLY
See exclusions
View Cart