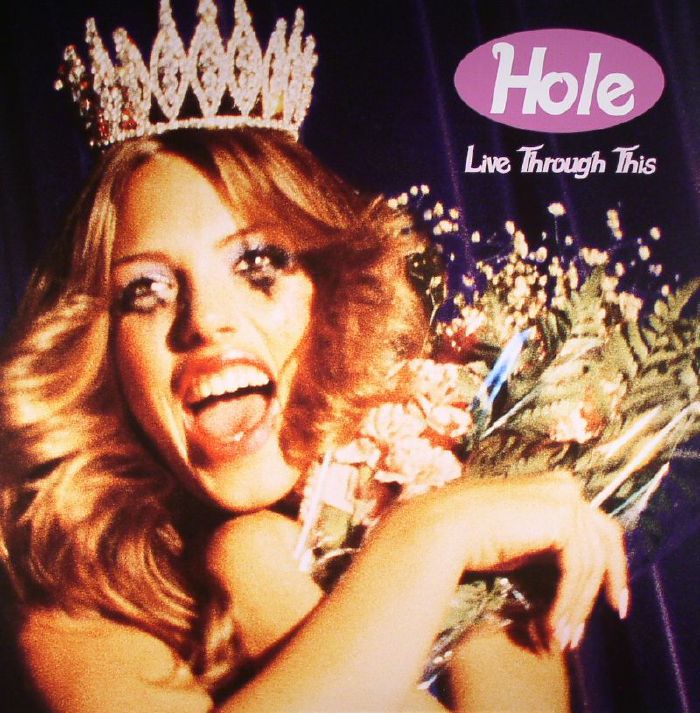 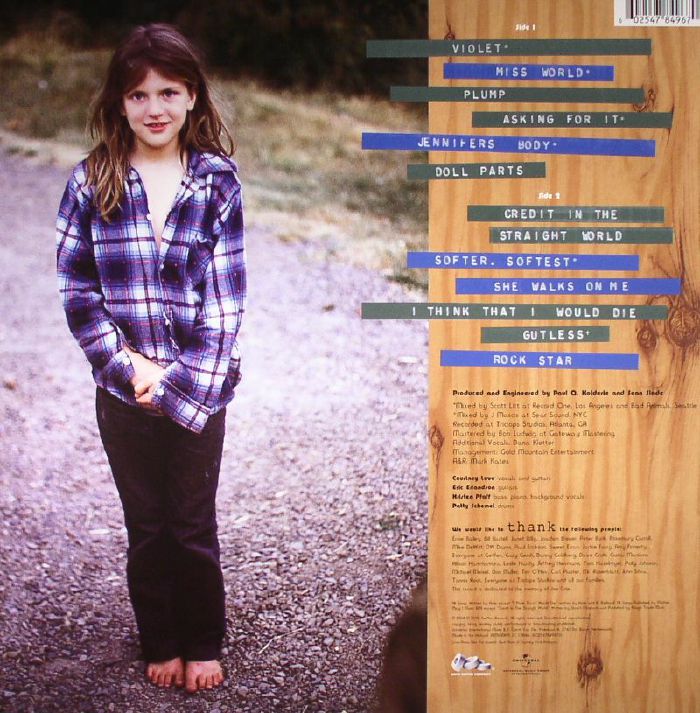 HOLE - LIVE THROUGH THIS

Courtney Love completely revamped Hole before recording their second album, keeping only Eric Erlandson in the lineup. That is one of the reasons why Live Through This sounds so shockingly different from Pretty on the Inside, but the real reason is Love's desire to compete in the same commercial alternative rock arena as her husband, Kurt Cobain. In fact, many rumors have claimed that Cobain ghostwrote a substantial chunk of the album, and while that's unlikely, there's no denying that his patented stop-start dynamics, bare chords, and punk-pop melodies provide the blueprint for Live Through This. Love adds her signature rage and feminist rhetoric to the formula, but the lyrics that truly resonate are the ones that unintentionally predict Cobain's suicide. For all the raw pain of the lyrics, Live Through This rarely sounds raw because of the shiny production and the carefully considered dynamics. Despite this flaw, the album retains its power because it was one of the few records patterned on Nevermind that gets the formula right, with a set of gripping hooks and melodies that retain their power even if they follow the predictable grunge pattern.

PLAY
CUE
MP3
a1
Violet
a2
Miss World
a3
Plump
a4
Asking For It
a5
Jennifers Body
a6
Doll Parts
b1
Credit In The Straight World
b2
Softer, Softest
b3
She Walks On Me
b4
I Think That I Would Die
b5
Gutless
b6
Rock Star

Hole was an American alternative rock band formed by singer and guitarist Courtney Love and lead guitarist Eric Erlandson in Los Angeles, California in 1989. Influenced by Los Angeles' punk rock scene, and produced by Kim Gordon of Sonic Youth, the band's debut album, Pretty on the Inside (1991), attracted critical interest from British and American alternative press. Their second album, Live Through This, released 1994 by DGC Records, which featured less aggressive melodies and more restrained lyrical content, was widely acclaimed and reached platinum status within a year of its release. Their third album, Celebrity Skin (1998), which garnered them four Grammy nominations, marked a notable departure from their earlier punk influences, boasting a more commercially viable, "mature" sound. The band had a revolving line-up of bassists and drummers, their most prolific being drummer Patty Schemel, and bassists Kristen Pfaff (d. 1994) and Melissa Auf der Maur. In 2002 the group disbanded to pursue other projects. Eight years later in 2010, Hole was reformed by Love with new members, despite Erlandson's claim that the reformation breached a mutual contract he had with Love. The reformed band released the album Nobody's Daughter (2010), which had originally been conceived as Love's second solo album. In 2013, Love retired the Hole name, releasing new material and touring as a solo artist. Hole has been noted for being one of the most commercially successful female-fronted rock bands of all time, selling over three million records in the United States alone and having a far-reaching influence on contemporary female artists. Music and feminist scholars have also recognized the band as the most high-profile musical group of the 1990s to discuss gender issues in their songs, due to Love's aggressive and violent lyrical content, which often addressed themes of body image, abuse, and sexual exploitation. Hole went on to become the most commercially successful female-fronted grunge band in history, selling over 3 million records in the United States between 1991 and 2010. In spite of Love's often polarizing reputation in the media, Hole received consistent critical praise for their output, and was often noted for the predominant feminist commentary found in Love's lyrics, which scholars have credited as "articulating a third-wave feminist consciousness". Love's subversive onstage persona and public image coincided with the band's songs, which expressed "pain, sorrow, and anger, but underlying message of survival, particularly survival in the face of overwhelming circumstances." Music journalist Maria Raha expressed a similar sentiment in regard to the band's significance to third-wave feminism, stating, "Whether you love Courtney or hate her, Hole was the highest-profile female-fronted band of the '90s to openly and directly sing about feminism." While Rolling Stone compared the effect of Love's marriage to Kurt Cobain on the band to that of John Lennon and Yoko Ono, they noted that "Love's confrontational stage presence, as well as her gut-wrenching vocals and powerful punk-pop songcraft, made her an alternative-rock star in her own right." Author Nick Wise made a similar comparison in discussion of the band's public image, stating, "Not since Yoko Ono's marriage to John Lennon has a woman's personal life and exploits within the rock arena been so analyzed and dissected." The band has been cited as a major influence on several contemporary artists, including indie singer songwriter Scout Niblett, Brody Dalle of the Distillers and Spinnerette, Sky Ferreira, Lana Del Rey, Tove Lo, Tegan and Sara, and the British rock band Nine Black Alps. The band ranked at #77 of VH1's 100 Greatest Hard Rock Artists. Read more on Last.fm. User-contributed text is available under the Creative Commons By-SA License; additional terms may apply.
FREE SHIPPING ON ORDERS OVER £100 TO UK MAINLAND ONLY
See exclusions
View Cart