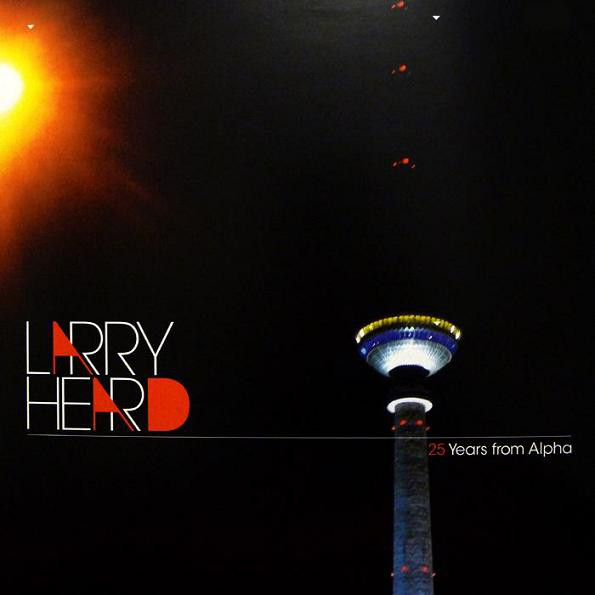 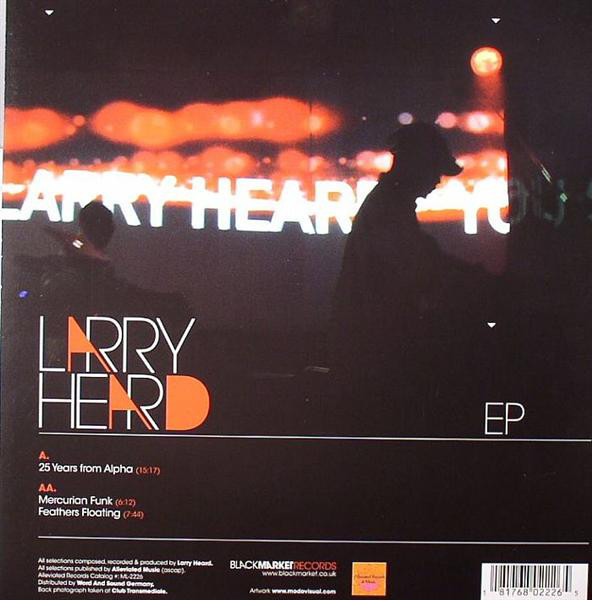 Remastered for 2016! Another classic by highpriest Larry Heard. Three tracks that prove again the mans genius and unparalleled talent in squeezing true emotions and funk out of his machines and lift you into a state of euphoria. The a-side holds a long, midtempo 80s electrofunk groove with beautiful richly textures synth melodies. Flip over for a slightly rawer Fingers style workout with highly emotive strings and a perfect end of the night tune with a gorgeous piano solo showing heard's strong roots in jazz. Music from a different stratosphere - a record to treasure!

Woah, Blackmarket follows the splendid Todd Osborne with another classic in the making by highpriest LARRY HEARD. three tracks that prove again the man's genius and unparalleled talent in squeezing true emotions and funk out of his machines and lift you into a state of euphoria.

Larry Heard is one of the originators and one of the greats of Chicago house music. He emerged publicly in 1985 from the roots of "House Music", with the debut single "Mystery of Love". This domain is where he found an outlet for his musical ideas. Most people who have followed his music think of him as a multi-keyboardist, but a little known fact it that his development was as a drummer and percussionist in local Jazz, Rock, R&B, and Reggae bands dating back to 1977. Larry's younger brothers dubbed him "Loose Fingers", enthralled by his swift hand movement dabbling with synthesizers, guitars, electric bass and doing some "fake" DJ'ing before he learned how to DJ. This name was later modified to Mr. Fingers. Larry likes to refer to his music as "atmospheric" and "passionate", and just one listen to some of his tunes confirms just that. Larry composes lyrics and music of various styles, and always has an ample catalog of material on hand. He has performed production, writing and/or re-mixing tasks for numerous labels including: Capitol, MCA, Mercury, Warner Brothers, Virgin, EMI, Columbia, FFrr, Island, Circa and Relativity, to name a few. Heard's history demonstrates a restlessly adventurous spirit that was instilled early in life, and this spirit continues to drive his work. Larry says that he always receives positive responses when he lets people hear his music, rather than try to describe it. Add to that the fact that Larry has had loyal followers of his projects in Austria, Belgium, Canada, Denmark, Finland, France, Britain, Italy, Japan, South Africa, Sweden and Switzerland for almost 20 years now, and that's just to name a few places where his creative work and name are widely known and respected. Read more on Last.fm. User-contributed text is available under the Creative Commons By-SA License; additional terms may apply.
FREE SHIPPING ON ORDERS OVER £100 TO UK MAINLAND ONLY
See exclusions
View Cart