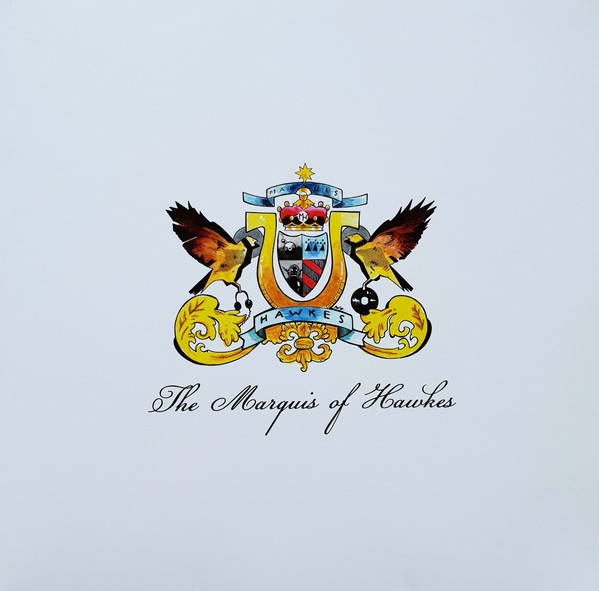 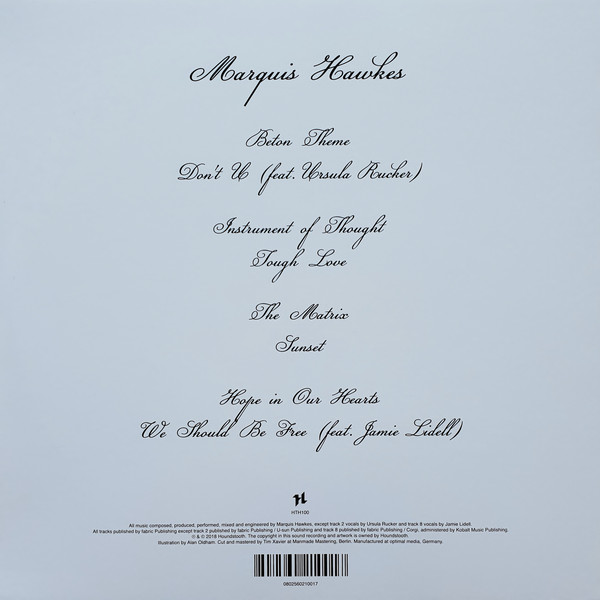 HAWKES, MARQUIS - THE MARQUIS OF HAWKES

Entitled ‘The Marquis of Hawkes’, the new album adheres to a specific sound palette whilst still displaying eclecticism across its eight tracks. Opening with the beat-less droning ambience of ‘Beton Theme’, the album takes in a variety of themes from across the house music spectrum, from the deep and dubby meditation of ‘Instrument Of Thought’ to the body jerking rhythms and retro bass stabs of ‘Tough Love’, the introspective mood of ‘The Matrix’, to the soulful New Jersey styled House grooves with a contemporary twist of ‘Sunset’, building through the optimistic joyousness of ‘Hope In Our Hearts’ before closing with Lidell’s heartfelt and passionate emotional overload on ‘We Should Be Free’.

First emerging in 2012, after being sought out by Glasgow label Dixon Avenue Basement Jams, and having previously been heavily involved with the free festival sound-system culture, the London born artist’s iconic sound has taken shape with the influence of music from cities like Chicago, Detroit and New York alongside the UK’s underground house scene. With both depth and clarity of vision, Marquis Hawkes’ second album for Houndstooth expertly hones a shining hybrid of classic slamming house and grittily soulful optimism, making for a career-defining piece of Fabric's offshoot label, Houndstooth, has reached the dizzy heights of a century of releases.

Debuted in 2012, releasing a trio of EPs on Glasgow’s Dixon Avenue Basement Jams label. Drawing from classic Chicago house, with a no frills approach to production that made him the perfect fit for the label (whose motto is “real rockin’ raw shit from the street for the clubs”), the EPs made him an instant one-to-watch in house and techno. Now signed to Houndstooth look out 2016 ;) (c) Read more on Last.fm. User-contributed text is available under the Creative Commons By-SA License; additional terms may apply.
FREE SHIPPING ON ORDERS OVER £100 TO UK MAINLAND ONLY
See exclusions
View Cart