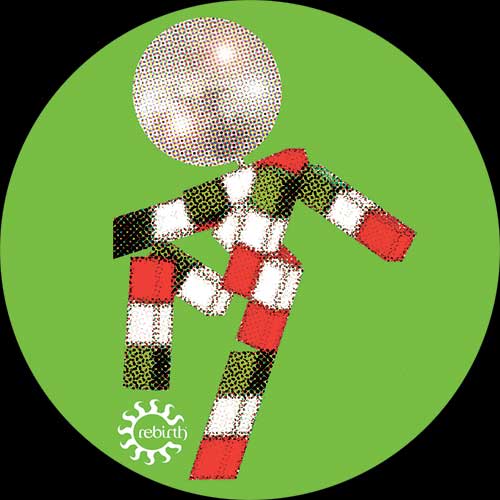 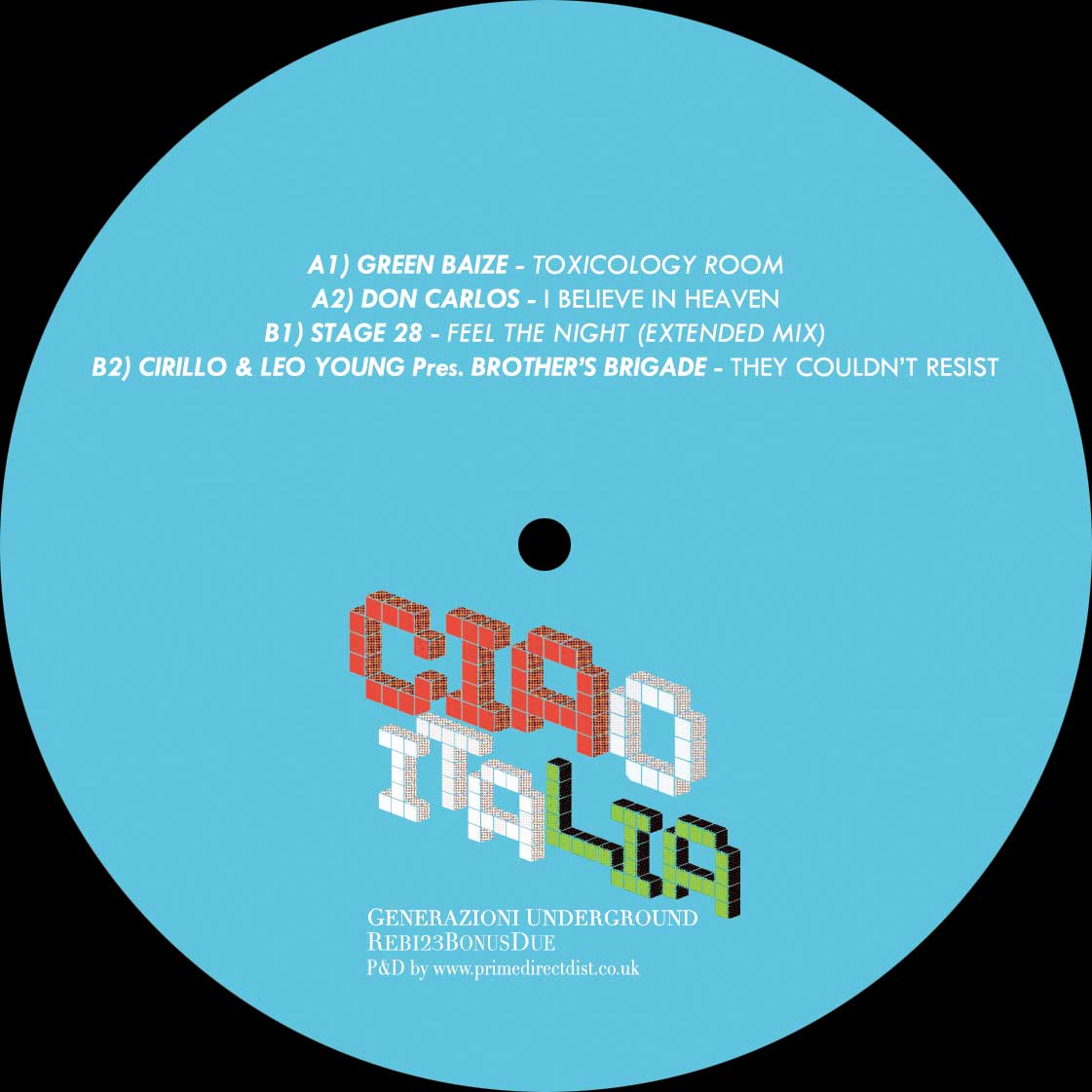 Highly sought after and hard to get your hands on EP Due includes another four tracks that are cemented in many a wantlist including one of the standout cuts from Green Baize’s beloved 1992 LP Game Of Chance (produced by Alex Neri and Marco Baroni), Don Carlos – I Believe In Heaven, the extended mix of Stage 28’s - Feel The Night (produced by Leandro Papa) and a white label gem in the form of Cirillo & Leo Young Pres. Brother’s Brigade - They Couldn’t Resist.

There are at least two artists using the name Don Carlos: 1) Italian deep house producer and DJ Carlo Troja 2) Jamaican reggae singer and composer 1) Carlo Troja aka Don Carlos hails from Varese, in the North of Italy, and is active as a DJ from the late 70's. He debuted as a producer towards the end of the 80's with the single 'Alone' on Calypso Records (Irma), which became one of the cult tracks of the international Deep House scene. His productions have always mixed House rhythms with afro-american jazz sounds, verging sometime towards disco, sometime towards progressive house or electronic soul. In 1992 IRMA USA released his first album 'Mediterraneo', followed in 1993 by the Montego Bay project, produced together with Stefano Tirone (S-Tone Inc.), also on IRMA. He then released some singles on the Chicago based label Guidance under the Aquanauts moniker. He also reached the UK charts with the hit 'You Make Me Feel', sung by Byron Stingley, cover of the cult song by Sylvester. In 2000 he released a single on Erik Morillo's Subliminal Soul label and played highly acclaimed gigs at Ministry of Sound and Turnmills in London. In 2002 he released his third album 'Music in My Mind' featuring top guest vocalists like Kim Mazelle, Michelle Weeks, Taka Boom and Kevin Bryant. Following two mixed compilations ('Cafe De Paris Saint Tropez' and 'DJ Set') in 2004 IRMA released a collection of his 90's productions titled 'Mediterraneo', like his debut US album. After that a serious car accident kept him away from clubs and recording studio for several months. Finally back in shape he released his fourth album 'The Cool Deep', 8 years since the previous one, which includes all the unreleased material produced during this time. 2) Don Carlos (born Euvin Spencer) was born and raised in one of the most deprived regions of Western Kingston, Jamaica, in a district known as Waterhouse. It was also a musical spawning ground for many of Reggae's greatest talents, such as King Tubby, The Jays, Junior Reid and King Jammy. Don Carlos started his singing career in 1973, as one of the original members of the roots vocal group Black Uhuru. Alongside other founding members, Don played a prominent role in the recordings of the highly acclaimed Love Crisis album for producer Prince Jammy in 1977. The album was later re-released and re-titled as Black Sounds of Freedom. A year after the trio's ground breaking debut, Don Carlos surprisingly decided to part company in pursuit of a solo career. Having needed at least three years to get the grips of being a soloist, plus developing a knack for song writing and grooming that distinctive, vocal styling it wasn't until May 1981 that Carlos really took the fraternity by storm, courtesy of a heavy, roots and culture flavored show case album Suffering for Negus Roots. Since then, working alongside Goldie, his side kick, co-writer and back-up vocalist, having built and consolidated a staunch following through touring the live circuit--plus 12 solo albums--there has been no turning back. Artist website: http://www.doncarlosreggae.com/ Read more on Last.fm. User-contributed text is available under the Creative Commons By-SA License; additional terms may apply.
FREE SHIPPING ON ORDERS OVER £100 TO UK MAINLAND ONLY
See exclusions
View Cart