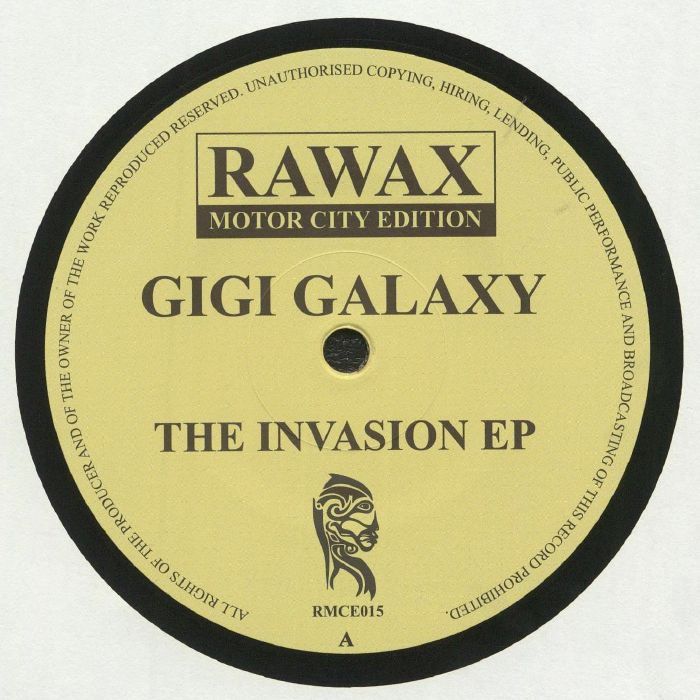 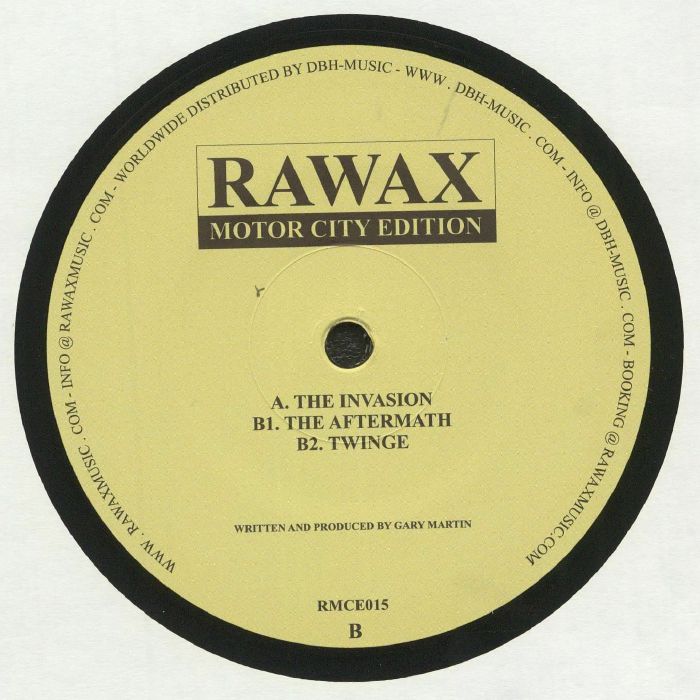 Rawax's Motor City Edition series rattles on here with three blistering electro cuts from Gigi Galaxy, aka underrated Detroit talent Gary Martin. He first woke this EP in 1995 and put it out on Teknotika, but it deserves the new audience it will get with this reissue. The tracks are muscular analogue affairs with jacked up drums and scintillating percussion. Astral synths weave in and out of opener 'The Invasion' while 'The Aftermath' has an off balance groove that stumbles along like a drunk on the walk home from the pub. 'Twinge' is a searing, booming, broken techno banger to close.

Head of Teknotika Records in Detroit, Gary Martin is highly respected in the industry, with over 30 releases to his and the labels credit. A true urban soul with over 20 years of music experience in leading band projects, producing records, and DJing is what makes him one of today’s more entertaining artists. The label’s original concept was to merge the 1950’s exotica era, and sci-fi influences, with Detroit techno. The result was a lot of percussion, spacey keyboards, novelty track titles like ”Interview with an Alien”, and the campy alias Gigi Galaxy. Having hit the top ten lists of popular DJ’s such as Sven Vath and Laurent Garnier, numerous times, most fans of electronic music are familiar with Teknotika records, Gary Martin or the Gigi Galaxy alias. In the January 2000 issue of Germany’s Groove Magazine, Black Forest is charted in 8 top ten lists. Also of note are Gary’s remixes of Gus Gus : Lady Shave from the last album and Barry from the first album. Gary’s version of Barry was a top 20 radio hit in Iceland in 1998. Gary is now delivering a powerful and moving DJ set of tribal, house, and funky techno. He is a favorite in Paris since his first trip at the Aquaplaning Festival in 1999. He has since DJ’d at The Rex in Paris and will be at The Loft in Switzerland and the 7th House in Istanbul. The 2001 Detroit Music Awards, Mr. Martin was a nominee for Best Electronic DJ Performance. Read more on Last.fm. User-contributed text is available under the Creative Commons By-SA License; additional terms may apply.
FREE SHIPPING ON ORDERS OVER £100 TO UK MAINLAND ONLY
See exclusions
View Cart