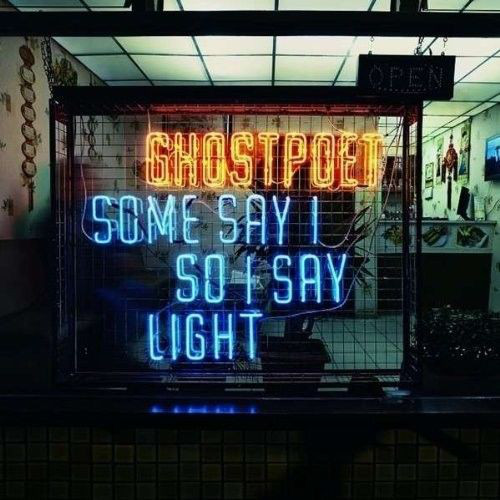 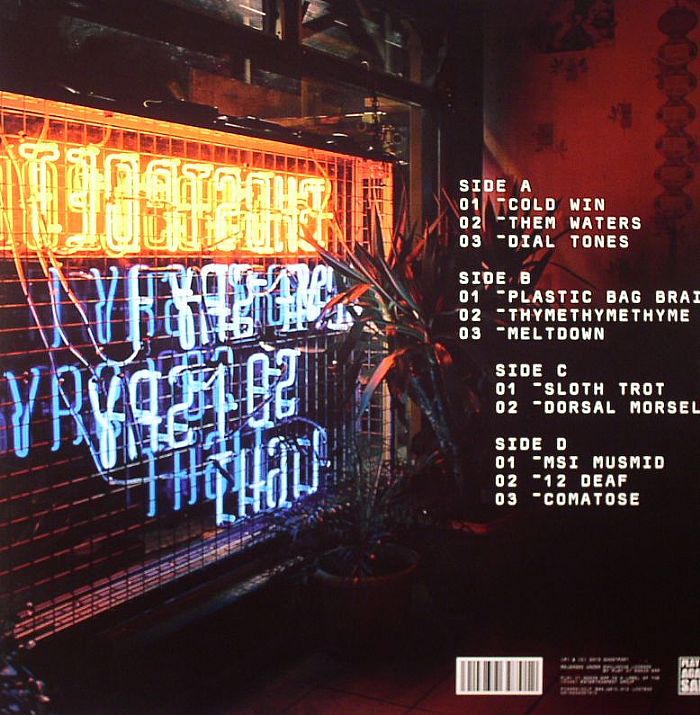 GHOSTPOET - SOME SAY I SO I SAY LIGHT

Two years on from his debut being nominated for the Mercury Prize, and having moved on from Brownswood to Play It Again Sam, Ghostpoet’s creativity has blossomed even more. On his second album, ‘Some Say I So I Say Light’, he pushes even further in all directions than on ‘Peanut Butter Blues...’, mixing the abstract and the concrete with uncanny skill. Industrial beats, sonorous piano lines and hyper-detailed ornamentation provide a backdrop for an artist who sounds ever more like a man old before his time.

Ghostpoet attributes the album’s experimental bent to the change in his recording situation. Whereas ‘Peanut Butter Blues’ was entirely self-produced on a computer in Ghostpoet’s bedroom, ‘Some Say I So I Say Light’ is a studio-based work co-produced with the talented Richard Formby (Wild Beasts, Darkstar, Egyptian Hip-Hop).

One of the key upbeat cuts is the album opener, ‘Cold Win’. Originally intended as an homage to old school garage, it morphed into an electronic oddity that builds up gradually with cinematic swells of horns, although skipping, staccato beats remain as a hint to the track’s origins. On ‘Dial Tones’ one will recognize the wonderfully guarded and delicate vocals of UK songstress Lucy Rose. ‘Dorsal Morsel’, which features Gwilym Gold on vocals, begins as a sparse, minimal meditation that develops into what Ghostpoet calls a ‘synth utopia’, while lyrics about spending too much money on Amazon and Pringle packet metaphors keep it grounded in reality. The delicacy of ‘Comatose’ winds up as glorious, string-led chamber music.

Elsewhere, ‘Plastic Bag Brain’, which features Tony Allen on drums and Dave Okumu from The Invisible on guitar fuses Afro Beat guitar riffs and shuffling Two Tone rhythms. You also have the legendary drumming talent of Charles Hayward from This Heat lending his talent on ‘Sloth Trot’.

The disarmingly honest ‘Meltdown’ tells the tale of one of those break-ups where both parties simply drift apart gradually. Electronic static, radio signals and beats that crunch like footsteps through snow form the basis for Ghostpoet’s ruminations on dim sum and noodles on ‘MSI musmiD’, while ‘12 Deaf’ is an aqueous, abstract soundscape.

It’s an album that positions Ghostpoet in the tradition of modern British auteurs as interested in pushing the boundaries sonically as expressing cathartic feelings.

Ghostpoet (born Obaro Ejimiwe, 18 January 1983) is a Mercury Music Prize Nominee from Coventry, UK, raised somewhere between London, Coventry, Nigeria and Dominica. A free EP entitled 'The Sound of Strangers' sidled into the public domain in June 2010. It gained him a coveted spot in The Guardian's "New Band of the Day" feature and a record contract with Gilles Peterson's Brownswood Recordings imprint. Ghostpoet dropped his debut single 'Cash and Carry Me Home' on 24th January 2011, followed by his album 'Peanut Butter Blues & Melancholy Jam' on 7th February. The 19th of July saw the debut album nominated for the Mercury Prize '2011 Albums of the Year. His single 'Survive It' was launched in Rough Trade East Record store, on May 9th 2011. A third single, 'Liiines' was promoted on September 2011 with a remix by xxxy. In February 2013, Ghostpoet premiered ‘MSI MUSMID’ on Gilles Peterson’s Saturday BBC 6Music show; a teaser track from his second album ‘Some Say I So I Say Light’. The sophomore album was co-produced with Richard Formby (Wild Beasts, Darkstar, Egyptian Hip-Hop) and released on the 6th May 2013 through Play It Again Sam. Off Peak Dreams was premiered on January the 7th, 2015. It was announced that Ghostpoet's third album, "Shedding Skin", would be released on March 2nd. The album was recorded with a traditional live set up with what has become his touring band; Joe Newman on guitar, bass player, John Calvert and John Blease on drums. The self-produced album also features guest vocals from Nadine Shah, Etta Bond, Melanie De Biasio, Lucy Rose and Maxïmo Park’s Paul Smith. http://ghostpoet.co.uk Read more on Last.fm. User-contributed text is available under the Creative Commons By-SA License; additional terms may apply.
FREE SHIPPING ON ORDERS OVER £100 TO UK MAINLAND ONLY
See exclusions
View Cart