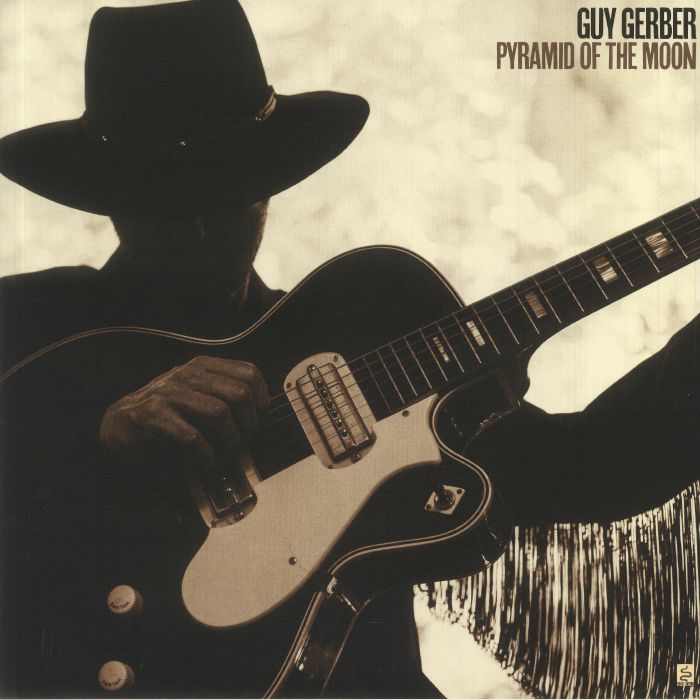 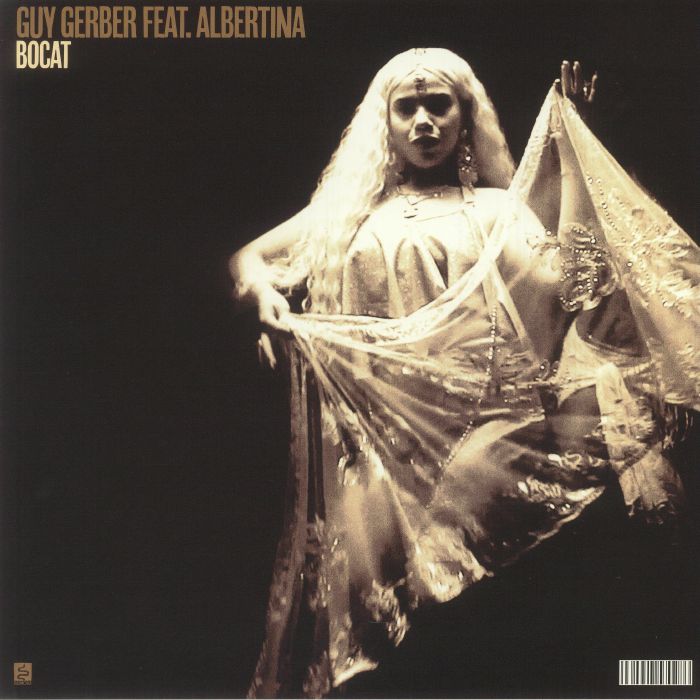 GERBER, GUY - PYRAMID OF THE MOON

The title track ‘Pyramid Of The Moon’ sees Gerber play with chugging low end, twinkling keys and warping guitar licks, crafting a hypnotic atmosphere throughout the track’s duration. On the flip, ‘The Untold Glory of Mister Nobody’ pairs upfront drums with further guitar chords and airy synths, fusing to create an emotionally climactic slice of Balearic bliss.

On the flip Guy team’s up with singer/songwriter Albertina for the enchanting title track, the duo combines guitar licks, shuffling percussion, and subtle synth lines with Albertina’s sublime vocal performance. On the flip, ‘Polaris’v sees Gerber take the wheels solo, drawing upon his years of expertise to craft a deep and moving piece complete with twinkling arps, deep low-end, and piano work.

The man responsible for those ends of night moments on some of the most respected dance floors across the globe is more than likely Guy Gerber. As cited in the UK dance floor bible Mixmag, his universally embraced single on Bedrock Records "Stoppage Time" became a stand out anthem at the likes of Cocoon at Amnesia, and Dc10 in Ibiza along with Secretsundaze in London. The single has surpassed the 5-digit mark in sales and continues to shift by the truckload and to appear on numerous compilations from artists as diverse as BPitch Controls Kiki, Francoise K, Wally Lopes and Sven Vath. Recent success looks like just the tip of the iceberg compared to the current buzz on Guy. First up is This Is Balagan. As the first part of a three single deal with Cocoon, the single has been described by Sven Vath as the tune of the 2006 Ibiza summer season and who are we to argue? Guy has also released singles on John Digweed's Bedrock and Satoshi Tomeii's SAW imprints respectively, not to mention Guys own Supplemental Facts label promising further singles. Some say he's a production machine! As a touring artist, Guy has embraced the Ableton software to create a unique DJ experience rocking festivals across the world from MUTEK in Montreal, Sonar in Barcelona, and Gods Kitchen in the UK. Shows across Europe alongside the likes of Richie Hawtin, Tiefschwarz and Mathew Jonson have put him in the premier league of touring artists. All this success may have been a surprise to Guy if you told him when he was 15 how his life might turn out. As a member of his native Israel's Under 16s national football team, he started to play guitar and very quickly his love of football was replaced by an obsession with music. Listening to bands like Joy Division, My Bloody Valentine, Sonic Youth, Soft Cell, and The Beach Boys, Guy established a unique understanding for music that has informed his musical development, and from which flows his unique sound of bittersweet harmonies, natural mixture of strong and deep grooves, and futuristic bass lines. Awards in his homeland include the Israeli Music Associations award for The Best Israeli Electronic Artist" in 2003, while Israel's MTV and leading dance music magazine awarded him "Best Electronic Producer" in 2003 and the award for "Best Export Artist in 2005. Guy has also received acclaim in his homeland for his composing for contemporary dance arts in Israel, working alongside the world-renowned choreographers Ohad Naharin and Sharon Eyal. While Guy may have quickly risen to prominence since his first single in 2002, with product on labels as varied as King Street, Kinky Vinyl, Alternative Route, and Bedrock, and becoming a darling of the compilation market for the likes of Ministry of Sound, Renaissance, Global Underground and Cocoon, he is excited about what the future holds for his upcoming projects and touring opportunities. Disorientation is Gerber's first solo EP release since his Belly Dancing EP last year on Cocoon Recordings, taken from his Late Bloomers. Guy runs the imprint Rumors. His recent releases -- 2017's Mora Minn and 2018's What to Do EP -- have been on Rumors. Read more on Last.fm. User-contributed text is available under the Creative Commons By-SA License; additional terms may apply.
FREE SHIPPING ON ORDERS OVER £100 TO UK MAINLAND ONLY
See exclusions
View Cart