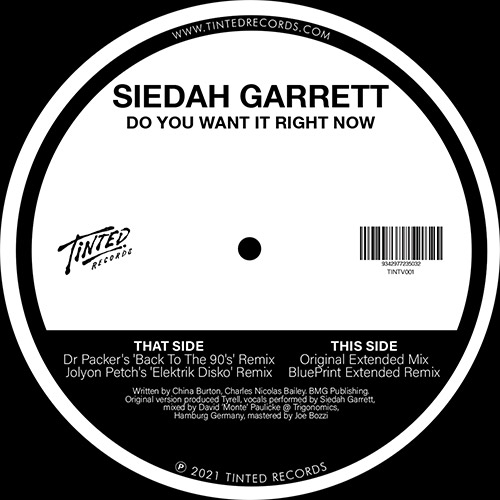 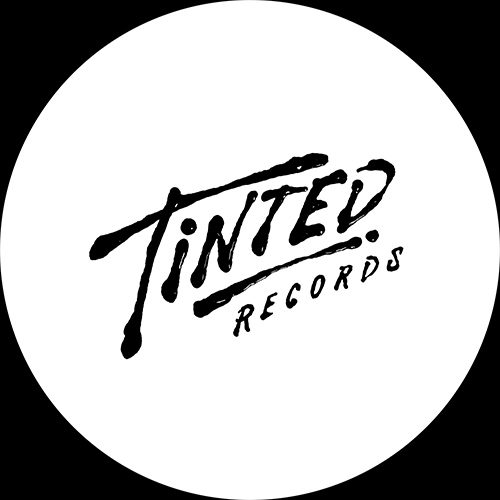 GARRETT, SIEDAH - DO YOU WANT IT RIGHT NOW

Jolyon Petch ramps up the funk with infectious guitar licks and groove-laden bass for his 'Elektrik Disko Mix’.

Most famous for her song writing credits on Michael Jackson's 'Man in The Mirror', as well as a duet on Jackson's 'I Just Can't Stop Loving You' and 'Don't Look Any Further' with Dennis Edwards, it's no surprise that Siedah Garrett's long career has cemented her as one the most iconic names from the 80's. 'Do You Want It Right Now' which featured in the 1985 movie 'Fast Forward' has been sampled over the years by the likes of Armand Van Helden and covered by Degrees of Motion and this iconic anthem is still considered as one of the game changers during the pivot into the 'Freestyle' movement during the 80's.

Siedah Garrett is a singer/songwriter whose work has touched music lovers all over the world. Grammy-winning and twice Oscar nominated she is currently a nominee for the 2012 Oscars for Best Music/Original Song "Real in Rio." Her past Oscar nomination was for co-writing “Love You, I Do” – sung by Jennifer Hudson in the film adaptation of Dreamgirls – Garrett’s is an artistry chiseled in all-around excellence. Siedah is the co-writer of the internationally recognized self motivational anthem “Man in the Mirror,” immortalized by Michael Jackson on his 1987 album, Bad. On that same project, Garrett also sang the chart-topping first single, “I Just Can’t Stop Loving You”, a duet with Jackson, then performed with“The King of Pop” on his Dangerous world tour. Across her pop music career, Garrett has collaborated and worked with music giants such as Michael Jackson, Quincy Jones, Madonna, Aretha Franklin, Ray Charles, Miles Davis, Al Jarreau, and Sergio Mendes. She has written songs that have been performed and/or recorded by Jennifer Hudson, Jamie Foxx, Sarah Vaughn, Ella Fitzgerald, Patti Austin, Sheena Easton, Chaka Khan, Natalie Cole, Roberta Flack, Dionne Warwick, The Korrs, The Brand New Heavies, Amy Grant, Barry White, Paula Abdul, will.i.am, Jordan Sparks, Vanessa Williams, Richard Elliot, and The Freemasons, among others. She has supplied background vocals for Madonna, Donna Summer, Wang Chung, The Commodores, Weather Report, Boz Scaggs, Santana, Johnny Mathis and Jessica Simpson to name a few. Garrett’s duet with ex-Temptations member, Dennis Edwards, “Don’t Look Any Further” is a classic R&B song. In addition to penning the Oscar-nominated, “Love You, I Do”, from Dreamgirls, Garrett’s film and soundtrack credits are extensive. They include her recording of the Burt Bacharach and Carole Bayer Sager composition “Everchanging Times,” from the film Baby Boom, and her co-writing four songs in the 2011 blockbuster Fox animated feature film, Rio. Garrett continues to work closely with Quincy Jones on even grander visions such as co-writing “I Know I Can”, the official theme song for the opening ceremony of the 2007 Special Olympics, as well as “Better City, Better Life”, the official theme song for the opening ceremony of the 2010 World Expo in Shanghai. In 2012, Siedah Garrett launched a project on the fan-funded label ArtistShare where the fans can witness the creative process. Fans have the opportunity to submit original artwork for the CD cover, view music charts, lyric sheets, exclusive studio footage, and so much more. Among the new songs she will be writing and recording a tribute to Michael Jackson, "Keep On Lovin' You" and is inviting 10 lucky fans to participate on this special bonus track. For more information visit http://siedahgarrett.com/ Siedah also has had numerous television and feature film appearances, national jingles and voice-overs, and still performs globally for television audiences in the millions. Read more on Last.fm. User-contributed text is available under the Creative Commons By-SA License; additional terms may apply.
FREE SHIPPING ON ORDERS OVER £100 TO UK MAINLAND ONLY
See exclusions
View Cart