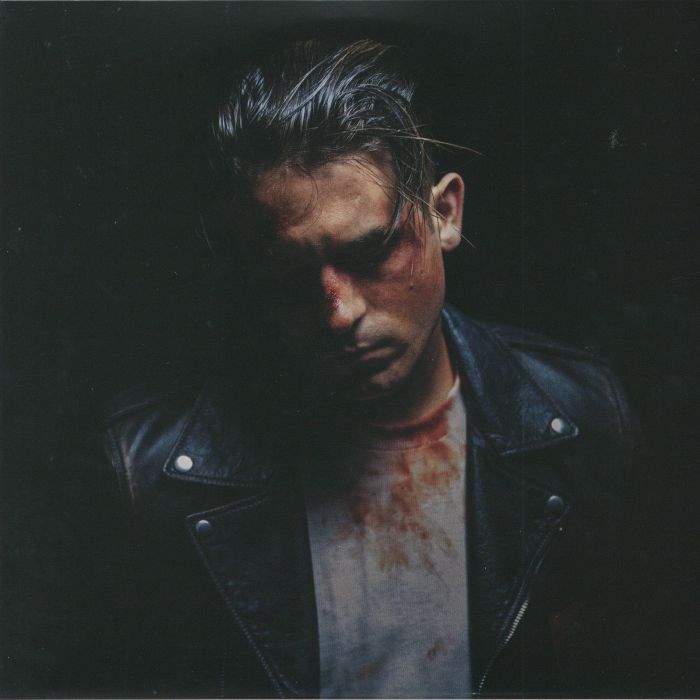 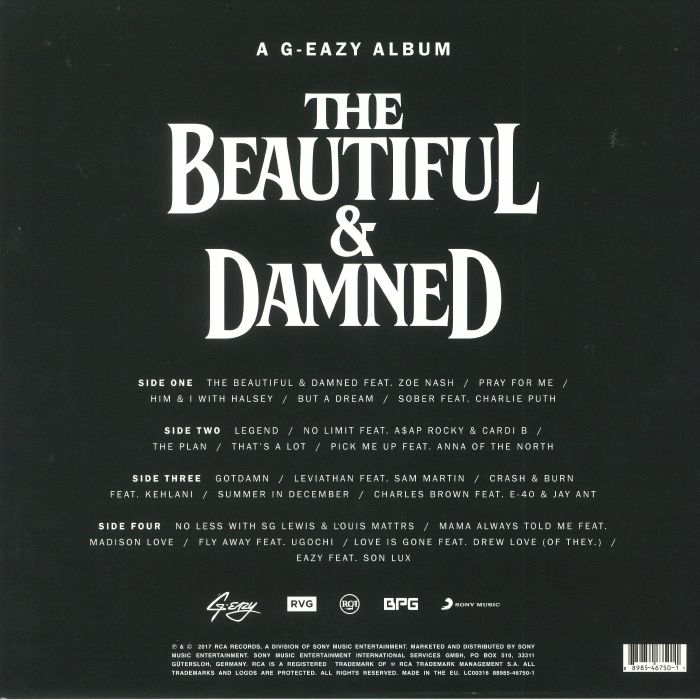 G EAZY - THE BEAUTIFUL & THE DAMNED

- NEW RELEASE
Sorry, this item is currently unavailable.
ARTIST:
G Eazy
TITLE:
The Beautiful & The Damned
LABEL:
RCA
CATNO:
88985467501
STYLE:
Rap / Hip Hop /
FORMAT:
Vinyl record
DESCRIPTION:
2x12" Hip Hop / Rap LP - Two years since G-Eazy’s last album and he’s back with more stacks and The Beautiful and Damned. He demonstrates only one emotional state, which we’ll call “hustling while sad.” The sadness is the sadness of VH1’s Behind the Music, the fake sadness of too many parties and drugs and groupies. As G-Eazy himself told Billboard, “The concept of it is kinda like it’s about the lifestyle … This fantasy of, like, sex, drugs, & rock ‘n’ roll is kinda clichéd, but it’s clichéd for a reason. It’s dark.”

Spending a lot of time battling his personal devils and angels, the entire album — start to finish — has G getting his Robert Langdon through a mental tug-of-war between the angelic rap star living lavishly and the devilish rap star on the destructive path. There’s a taste of this dichotomy early on the album’s intro and title track “The Beautiful & Damned” where G contemplates: “I’m talking to myself like every night/You could try to be a better guy/But to understand a Gemini/Angel, Devil, it’s both him and I.”

More theological musings are sprinkled throughout, especially on songs like “Pray for Me” where a female counterpart “looks like an angel, she might be a demon” and “Leviathan” where he tells that same female figure “When I told her I’m the devil, I was smiling.” The production team also gels to the point where finding a subpar beat is next to impossible. Murda Beatz, OZ, Cardiak and Boi-1da, among others, canvas pitch-perfect melodies that echo the best 2017 rap music formulas. Spacey baselines, quick claps, and thundering 808s. But just when the beats feel a little too similar, a record like “Summer In December” finds Henry Daher serving a scratchy boom-bap slapper that envisions a rainy day on the boulevard of broken rap dreams.