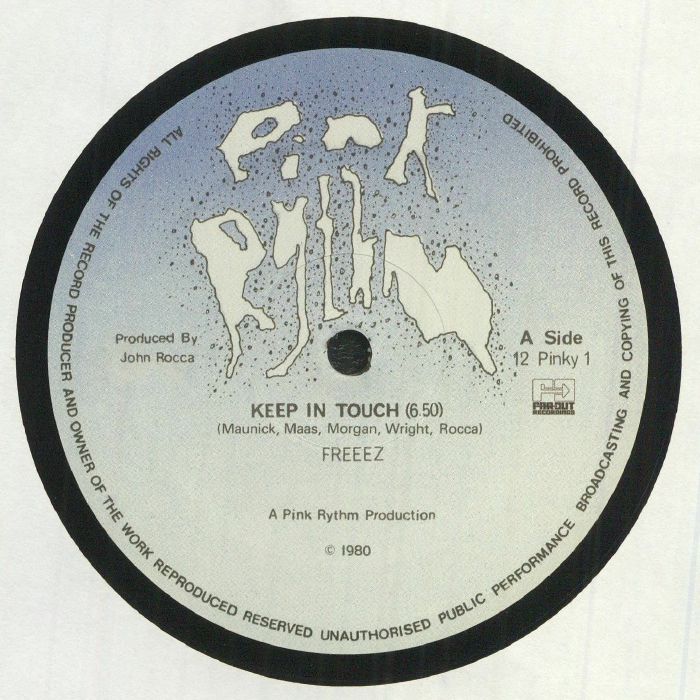 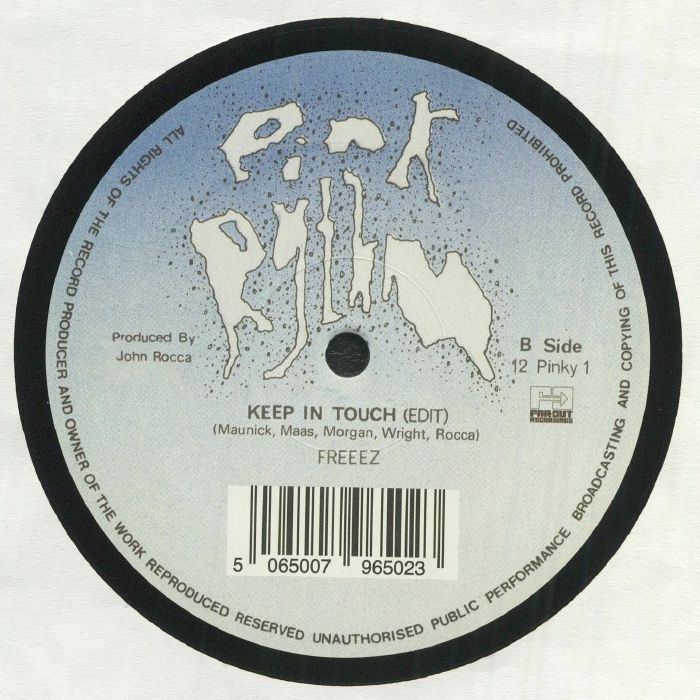 - NEW RELEASE
Sorry, this item is currently unavailable.
ARTIST:
Freeez
TITLE:
Keep In Touch
LABEL:
Far Out Recordings
CATNO:
12PINKY1
STYLE:
Jazz-Funk /
FORMAT:
Vinyl record
DESCRIPTION:
1980 Jazz Funk Classic Repressed - The well-regarded Far Out label starts a new catalogue number series for this first reissue from Brit-funk band Freeze. They are of course best known for lighting up the charts and dance floors of the 1908s with their super hit 'Southern Freeez' but also penned plenty of other gems. 'Keep In Touch' is right up there amongst them and now comes as an original and edited version on heavyweight vinyl. It is a joyful track packed with busy jazz-funk keys that cannot fail to amp up the party, especially in unison with a busy and tight bass riff and hip-swinging claps and drums. The edit shortness things up t make for an even more potent gem


Far Out Recordings presents a double bill of two monumental Brit funk classics. Keep In Touch and Stay were the first two 12” singles by the iconic Freeez, both self-funded passion projects of its founding member John Rocca, for his own Pink Rhythm imprint.

It all started over the counter at Derek’s Records on Petticoat Lane, London in the mid-70s. Rocca - at the time a budding teenage percussionist - met the prolific guitarist, composer, producer and all round brit funk fixer Jean-Paul “Bluey” Maunick (also the father of Far Out producer Daniel Maunick). Best known as the founding member of Light of the World, Incognito, and more recently Str4ta, Bluey’s involvement in the origins of Freeez are lesser known, but no less crucial. Bluey invited Rocca to a weekly jam session in an East London basement, where they would develop their craft, form their first band Freeez and develop the idea for ‘Keep In Touch’: “Back in the basement there was this one particular track we were playing that I really loved. It had a groove that I thought I could sell” Rocca reminisces.

Going against the advice of all the musicians involved, who thought he was mad and set to lose all his money, John decided to go full DIY, hire out a high end studio in the West End to record ‘Keep In Touch’ and release it as a private press, birthing his now famed Pink Rhythm label. Featuring Bluey on guitar, Peter Maas on bass, Paul Morgan on drums, Jason Wright on keyboards, and John Rocca on percussion, Keep In Touch was a surprise underground hit selling over 5000 copies and reaching #49 in the UK, leading Freeez into a record deal with Pye / Calibre.

Still giddy from the experience of having produced and pressed his first record at the age of just 19, John set out to do it all again with ‘Stay’ and ‘Hot Footing It’, enlisting Bluey & co once again. This time Rocca attempted to take things to the next level by adding vocals into the mix. Though this new arrangement initially backfired and cost John the deal with Pye / Calibre who weren’t feeling the slight change of vibe, original copies of the Stay 12” have become one of the most in demand from the brit funk canon.

These foundational DIY 12” singles paved the way for Freeez to become a household name in the history of British funk who went on to record hits like ‘Southern Freeze’ and ‘IOU’ as well as underground cult classics like ‘Melodies of Love’ and ‘India’ as Pink Rhythm, John Rocca’s later formation of Freeez named after his imprint.

British funk band led by John Rocca with Andy Stennet on keyboards and Peter Maas on bass. They had a few hits in the early '80s, including I.O.U., Southern Freeez, Love's Gonna Get You and Pop Goes My Love. They released two albums: Southern Freeez (1981) and Gonna Get You (1983). Read more on Last.fm. User-contributed text is available under the Creative Commons By-SA License; additional terms may apply.
FREE SHIPPING ON ORDERS OVER £100 TO UK MAINLAND ONLY
See exclusions
View Cart