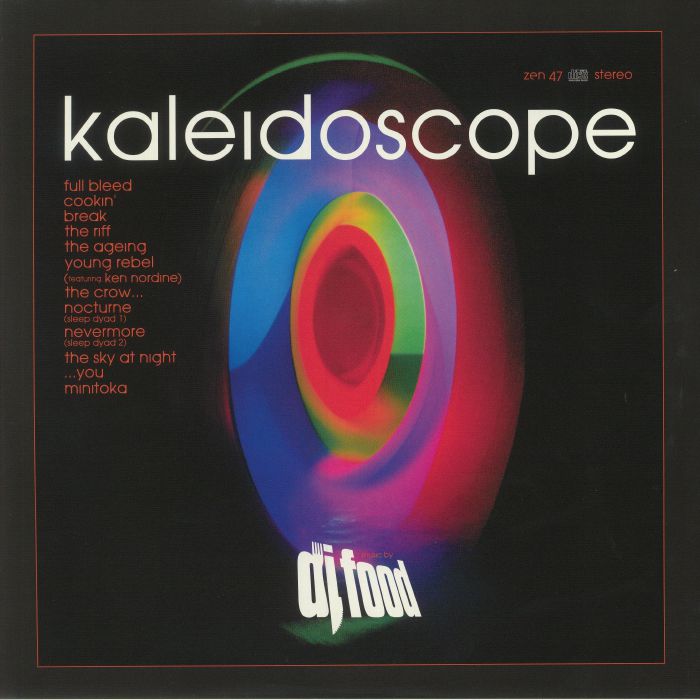 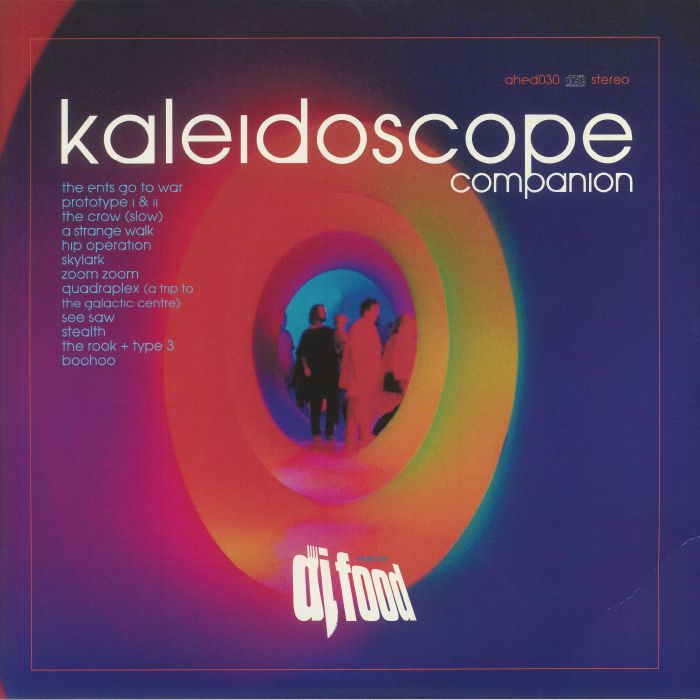 Released in April 2000, ‘Kaleidoscope’ marked a new era for the DJ Food alias first conceived by label founders Coldcut. Now under the expert control of fellow Ninjas Kevin Foakes, aka Strictly Kev, and Patrick Carpenter, aka PC, the album broke with the past by reflecting a possible future of beats and pieces. Twenty years later, amid the first national lockdown in England, Kev and PC decided to celebrate ‘Kaleidoscope’’s 20th Anniversary by digging through their personal archives for material from the original recording sessions. They found more than they bargained for, compiling versions, alternate mixes and unreleased ideas into a series of mixes that have now been further refined into the ‘Kaleidoscope Companion’ and presented alongside the original album on quadruple vinyl.

Opener ‘The Ents Go To War’, with its brooding arrangement and heavy drums, feels stunningly current, as does the hypnotizing dance between bassline and snare on ‘Skylark’ or the fidgety percussion and airy synthesizers of ‘Zoom Zoom’. Sonically, at least, DJ Food’s vision of the future wasn’t that far off and, as Kev remarked when they first released the mixes, some of these tracks “should have never been left in a drawer for two decades.”

Elsewhere, the ‘Kaleidoscope Companion’ throws up plenty of “hey I know this!” moments. The big-band-meets-easy-listening ‘Hip Operation’ was repurposed for the first version of Sukia’s ‘Feelin’ Free’ remix while the swirling funk of ‘A Strange Walk’ was an unreleased version of the same remix that eventually made it onto the ‘Xen Cuts’ bonus disc. ‘Stealth’ is an alternate version of the Gentle Cruelty remix of ‘The Ageing Young Rebel’ (also included on ‘Xen Cuts’) but with Nordine’s vocal replaced by a sombre voice mulling the disasters of morbid self-attention.

‘The Crow (Slow)’ stretches out the melodic theme of one of the most recognizable tracks in the DJ Food repertoire, extending it into a soothing soundscape that eventually dissolves into an alternate dub version. At 13 minutes long, ‘Quadraplex (A Trip to the Galactic Centre)’ is the Companion’s meditative piece de resistance, pieced together from various takes of its separate composite tracks. Originally intended for the album, these tracks were instead reworked and cut up into an EP shortly after. Closing this trip into alternate possibilities is ‘Boo Hoo’, an early, shorter version of ‘The Sky At Night’ that gently carries the cinematic mood of the album back to now.

As Kev puts it, “It’s not a new DJ Food album, it’s an old one that never was. In an alternate reality it might have become ‘Kaleidoscope’ but now, 20 years on, it’s a companion to the original album.” And while we’re stuck with our reality this companion is ideal for anyone wanting to peer into mirrors of possibilities.