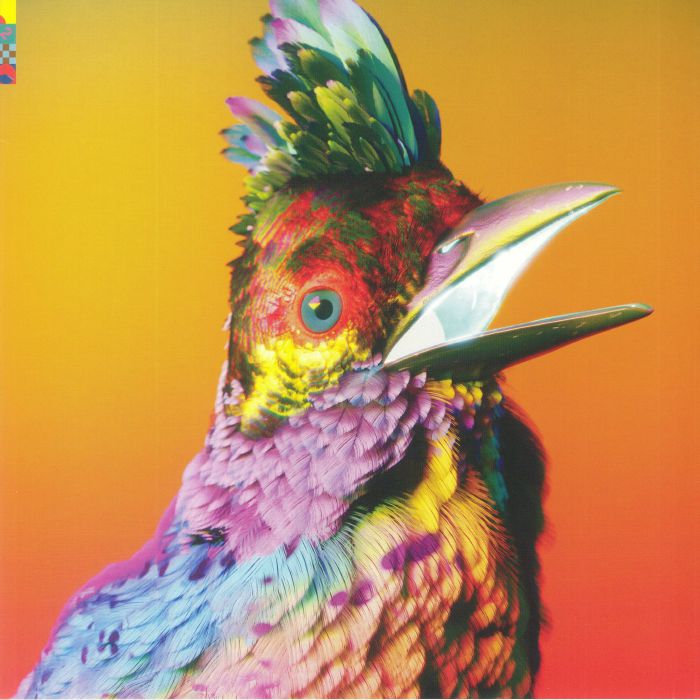 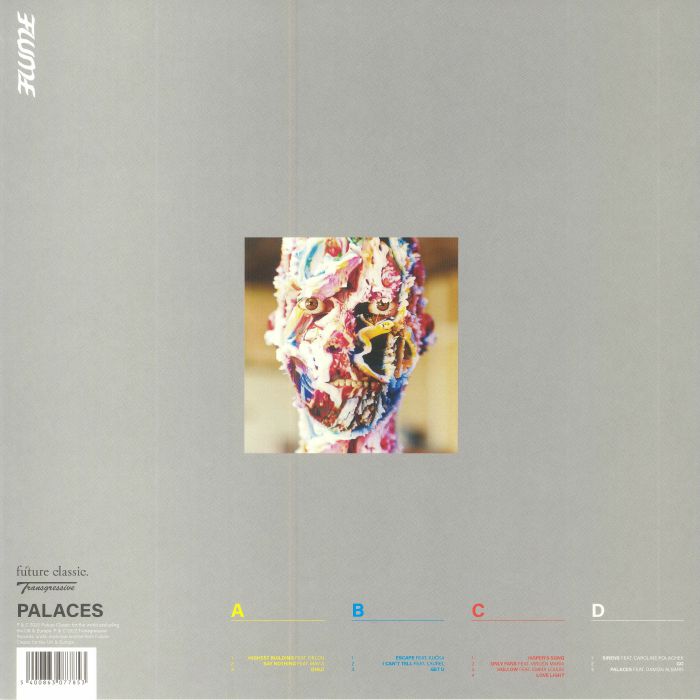 Palaces began to take shape when Flume returned to his native Australia after struggling to write music in Los Angeles at the beginning of the pandemic. Settling in a coastal town in the Northern Rivers region of New South Wales, Flume quickly found the inspiration he needed through reconnecting with the nature around him—the rolling hills, walking around barefoot, the green colour the sky turns before a big storm, growing and eating his own vegetables, the smell of rain. He and his neighbour and long-time collaborator, the visual artist Jonathan Zawada, became fascinated by the local wildlife, in particular the birds, collecting field recordings that ultimately worked their way in to the album. As Flume continued to forge a strong connection to his surroundings, the album he wanted to make started to form, eventually adopting a title to properly highlight the luxury and magic of the natural world. Palaces is his most confident, mature and uncompromising work to date, a true testament to nurturing the relationships that make us whole and bring us peace.

Flume is an electronic music project, created by Harley Streten from Sydney, Australia. Streten was discovered and signed by Future Classic in 2011, after submitting the tracks "Sleepless", "Over You" and "Paper Thin" in an original artists competition managed by the Australian record company. Nathan McLay, an employee of Future Classic and now Flume's manager, assisted with the release of his first EP titled Sleepless , which contained the three original tracks. Flume's self-titled debut album was released on November 9, 2012 to exceptional critical acclaim. The album's production saw Flume collaborating with vocal artists George Maple, Moon Holiday, Jezzabell Doran, Chet Faker, and New York rapper T.Shirt. The album reached number one on the Australian iTunes charts. It debuted on the ARIA Albums Chart at number 2, behind One Direction's Take Me Home. In February 2013, it was announced exclusively on triple j that Flume would tour nationally around Australia for his first headlining tour, the "Infinity Prism Tour", in April and May 2013. He returned with the track "Some Minds" which features vocals and lyrics from Miike Snow’s Andrew Wyatt in May 2015, followed by "Never Be like You" featuring Kai and "Smoke & Retribution" alongside Vince Staples and Kučka as an advance of second album "Skin". In April 2016, "Say It (feat. Tove Lo)" was released alongside the B-side "Wall Fuck". http://flumemusic.com/ Read more on Last.fm. User-contributed text is available under the Creative Commons By-SA License; additional terms may apply.
FREE SHIPPING ON ORDERS OVER £100 TO UK MAINLAND ONLY
See exclusions
View Cart