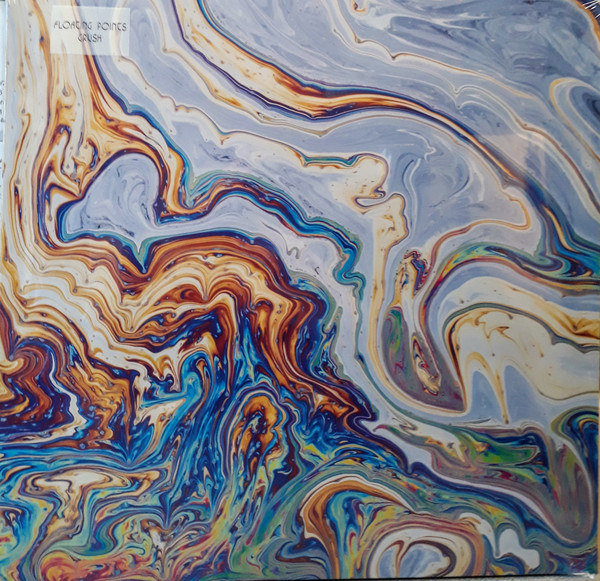 - NEW RELEASE
Sorry, this item is currently unavailable.
ARTIST:
Floating Points
TITLE:
Crush
LABEL:
Ninja Tune
CATNO:
ZEN259
STYLE:
Dubstep / Downbeat Electronica / UK Garage / Dubstep / Downbeat Electronica / UK Garage /
FORMAT:
Vinyl record
DESCRIPTION:
Downbeat Electronic Dubstep & Garage - 12 Track Sealed LP - The best musical mavericks never sit still for long. They mutate and morph into new shapes, refusing to be boxed in. Floating Points has so many guises that it’s not easy to pin him down. There’s the composer whose 2015 debut album Elaenia was met with rave reviews – including being named Pitchfork’s ‘Best New Music’ and Resident Advisor’s ‘Album of the Year’ – and took him from dancefloors to festival stages worldwide. The curator whose record labels have brought soulful new sounds into the club, and, on his esteemed imprint Melodies International, reinstated old ones. The classicist, the disco guy that makes machine music, the digger always searching for untapped gems to re-release. And then there’s the DJ whose liberal approach to genre saw him once drop a 20-minute instrumental by spiritual saxophonist Pharoah Sanders in Berghain.

Fresh from the release earlier this year of his compilation of lambent, analogous ambient and atmospheric music for the esteemed Late Night Tales compilation series, Floating Points’ first album in four years, Crush, twists whatever you think you know about him on its head again. A tempestuous blast of electronic experimentalism whose title alludes to the pressure-cooker of the current environment we find ourselves in. As a result, Shepherd has made some of his heaviest, most propulsive tracks yet, nodding to the UK bass scene he emerged from in the late 2000s, such as the dystopian low-end bounce of previously shared striking lead single ‘LesAlpx’ (Pitchfork’s ‘Best New Track’), but there are also some of his most expressive songs on Crush: his signature melancholia is there in the album’s sublime mellower moments or in the Buchla synthesizer, whose eerie modulation haunts the album.

Whereas Elaenia was a five-year process, Crush was made during an intense five-week period, inspired by the invigorating improvisation of his shows supporting The xx in 2017. He had just finished touring with his own live ensemble, culminating in a Coachella appearance, when he suddenly became a one-man band, just him and his trusty Buchla opening up for half an hour every night. He thought what he’d come out with would "be really melodic and slow- building" to suit the mood of the headliners, but what he ended up playing was "some of the most obtuse and aggressive music I've ever made, in front of 20,000 people every night," he says. "It was liberating."

His new album feels similarly instantaneous – and vital. It’s the sound of the many sides of Floating Points finally fusing together. It draws from the "explosive" moments during his sets, the moments that usually occur when he throws together unexpected genres, for the very simple reason that he gets excited about wanting to "hear this record, really loud, now!" and then puts the needle on. It’s "just like what happens when you’re at home playing music with your friends and it's going all over the place," he says.

Today's newly announced live solo shows capture that energy too, so that the audience can see that what they’re watching isn’t just someone pressing play. Once again Shepherd has teamed up with Hamill Industries, the duo who brought their ground-breaking reactive laser technologies to his previous tours. Their vision is to create a constant dialogue between the music and the visuals. This time their visuals will zoom in on the natural world, where landscapes are responsive to the music and flowers or rainbow swirls of bubbles might move and morph to the kick of the bass drum. What you see on the screen behind Shepherd might "look like a cosmos of colour going on," says Shepherd, "but it’s actually a tiny bubble with a macro lens on it being moved by frequencies by my Buchla," which was also the process by which the LP artwork was made." It means, he adds, "putting a lot of Fairy Liquid on our tour rider".

PLAY
CUE
MP3
a1
Falaise
a2
Last Bloom
a3
Anasickmodular
a4
Requiem for CS70 and Strings
a5
Karakul
a6
LesAlpx
b1
Biaws
b2
Environments
b3
Birth
b4
Sea-Watch
b5
Apoptose, Pt. 1
b6
Apoptose, Pt. 2

Floating Points is British electronic musician and neuroscientist Sam Shepherd from Manchester. Citing influences as varied as Theo Parrish, Dorothy Ashby and Stravinsky, Shepherd has been an accomplished pianist since the age of 16. The variety in influences is mirrored in the diversity of his productions that range from string quartet to gritty beats. As a DJ, mostly his sets sit between boogie & house. Read more on Last.fm. User-contributed text is available under the Creative Commons By-SA License; additional terms may apply.
FREE SHIPPING ON ORDERS OVER £100 TO UK MAINLAND ONLY
See exclusions
View Cart