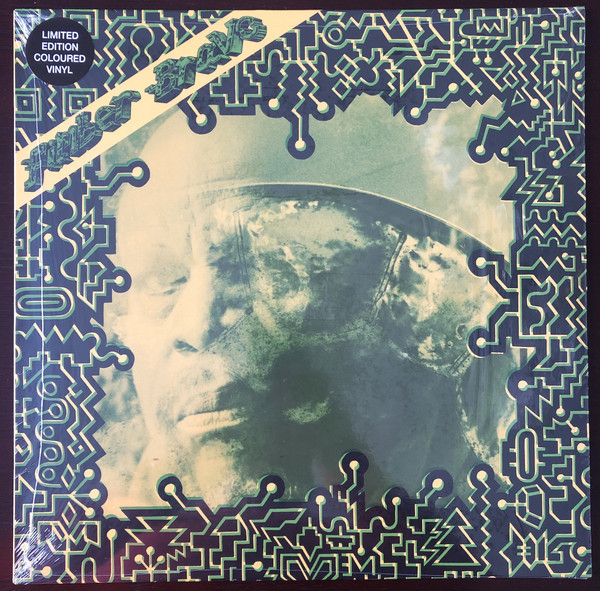 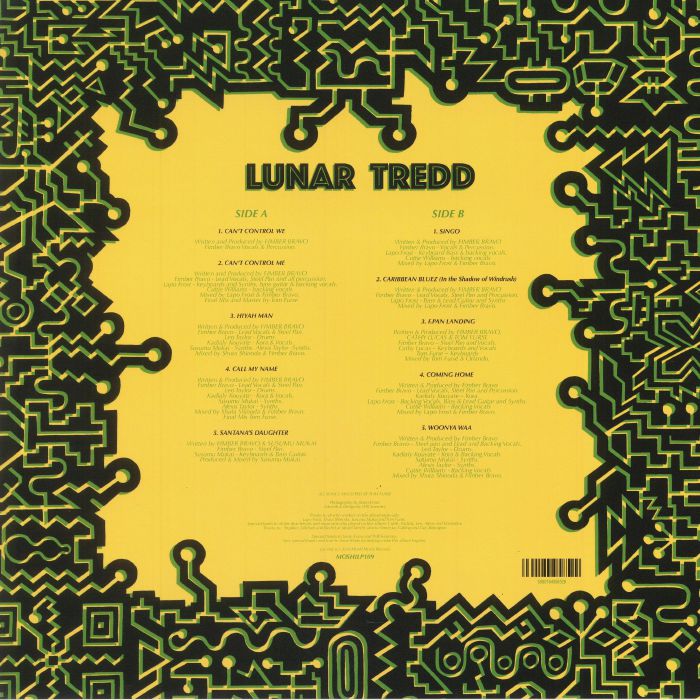 Bravo’s been a constant collaborative force - as his time as leader of 20th Century Steel Band, as musical director of Steel ‘n’ Skin, and appearances with everyone from Sun Ra Arkestra to Hot Chip, shows. Lunar Tredd reflects the influence of the music handed down to him by “ancestors” . Helped by an enviable cast of friends and collaborators, Fimber has shifted those touchstones to create something that sounds resolutely like the here and now.

Those friends that appear on Lunar Tredd, include Alexis Taylor of Hot Chip and The Horrors’ Tom Furse; The Invisible drummer Leo Taylor and Senegalese percussionist, Mamadou Sarr dropping in on rhythm duties, while there are also appearances from Susumu Mukai aka Zongamin, the brilliant Kora player Kadialy Kouyate, vocalist Cottie Williams, Vanishing Twin’s Catherine Lucas, and production from Lapo Frost and Ghostpoet producer Shuta Shinoda. Some, like Zongamin and Williams go way back with Fimber, other connections are newer, but all have quickly become part of the London-based musician’s musical family.

Indeed, Fimber never loses sight of where he’s come from on LUNAR TREDD - even as he looks to where he might go next. As a musician, he’s still finding new creative peaks nearly 50 years after he began.

PLAY
CUE
MP3
a1
Can't Control We
a2
Can't Control Me
a3
Hiyah Man
a4
Call My Name
a5
Santana's Daughter
b1
Singo
b2
Caribbean Bluez (In The Shadow Of Windrush)
b3
F.Pan Landing
b4
Coming Home
b5
Woonya Waa
FREE SHIPPING ON ORDERS OVER £100 TO UK MAINLAND ONLY
See exclusions
View Cart