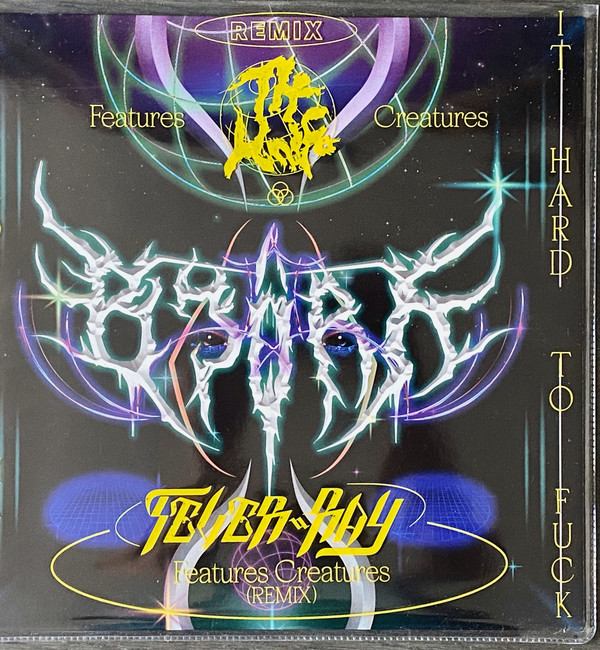 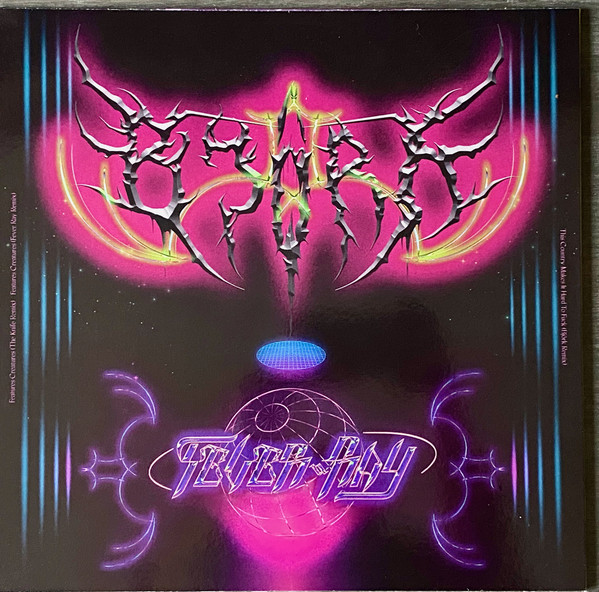 - NEW RELEASE
Sorry, this item is currently unavailable.
ARTIST:
Fever Ray / Bjork
TITLE:
Country Creatures
LABEL:
One Little Indian
CATNO:
6958089146
STYLE:
IDM / Experimental /
FORMAT:
Vinyl record
DESCRIPTION:
Here we have a celebration of Northern European electronics as Iceland's most famous export (except Findus Crispy Pancakes of course) Björk cooks up a cultural exchange with fellow vikings Karin & Olof Dreijer for a three tracker of ear wrecking energy. On the A-side Karin appears as Fever Ray, handing Björk the stems to xer icy electro winner "This Country Makes It Hard To Fuck". Making excellent use of an abandoned power plant, nearby Tesla coil and clanking assembly line, the former pop pixie hammers out a tough as fuck industrial cut then adds her inimitable vocals as the icing on the toxic cake. Next up, Karin gets to flex xer remix muscles with an epic, ascendent take on "Features Creatures", adding additional vocals, wild synth yelps ('member "We Share Our Mother's Health") and a whole heap of cinematic heft to the cut. Flip it and Karin teams up with xer bro Olof for a reprise of The Knife bringing a suitably techy, tribal and icy electro vibe to the same track. Brought to life with a super cool sleeve design, printed clear outer and retro-metal inner, this 12" nails both sound and vision.

Fever Ray is an alias of Swedish musician Karin Dreijer, formerly of The Knife. They debuted with the single "If I Had A Heart" (15 Dec 2008) under the alias, followed by the self-titled album Fever Ray (2009). Their second album, Plunge was released in October 2017 without prior announcement. Their vocal style is highly distinct - shrill and piercing, with a heavy Swedish accent and frequent use of pitch-shifting technology. Dreijer was born on 7 April 1975 in Gothenburg, Sweden. In 1994, they formed the indie rock band Honey Is Cool, where they served as the lead vocalist and guitarist. Together with their brother Olof Dreijer, they formed an electronic music duo The Knife in 1999, and have spanned a series of successful and critically acclaimed albums. What would you do if one decade into your career you suddenly saw one of your songs turned into a worldwide hit, won six Grammis in your native Sweden and your latest release was declared album of the year by one of the world’s most influential music websites? If you’re Karin Dreijer, the answer is to take a couple of years off and return as a solo artist under a new name: Fever Ray. In Dreijer's's own words: “I had so many songs to record that I just had to make an album. I thought I was going to have a longer break but I guess it will never happen. I can't stop working. My aim was to finish the album and, now that it's done, I'm a bit restless (good that The Knife has an opera to write then). During the last years, I discovered that I like to sing too, so I hope that my newly found live band Fever Ray will make it to the stages next year. We are rehearsing and building something beautiful and brilliant." Read more on Last.fm. User-contributed text is available under the Creative Commons By-SA License; additional terms may apply.
FREE SHIPPING ON ORDERS OVER £100 TO UK MAINLAND ONLY
See exclusions
View Cart