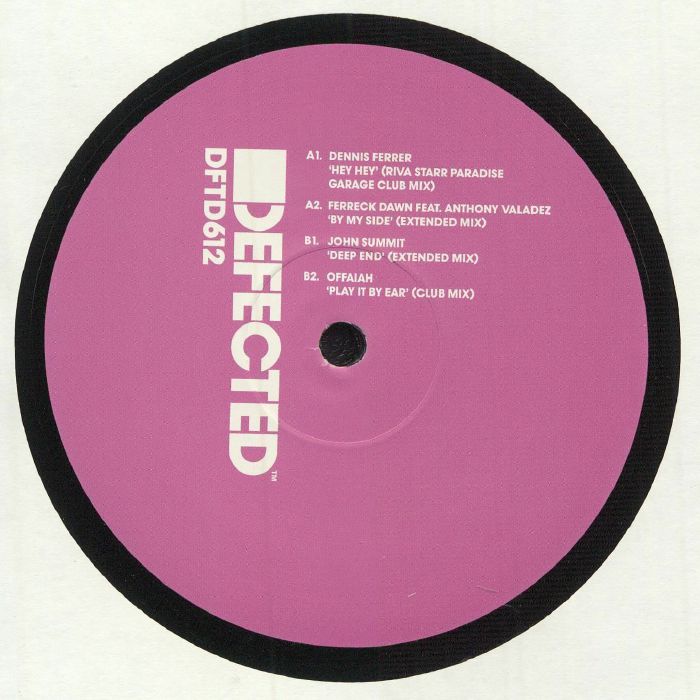 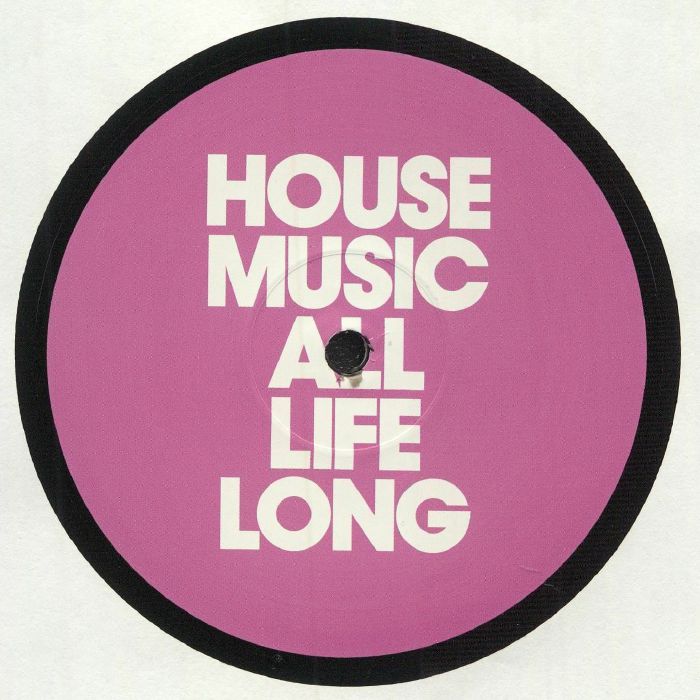 Given that Defected's multi-arist EP series was designed as a way for vinyl DJs to get hold of some of the imrpint's biggest digital download hits, you'll be unsurprised to learn that volume nine contains some seriously sizable material. Riva Starr kicks things off with a remix of Dennis Ferrer classic "Hey! Hey!" that turns the track into a Moroder style electro-disco throb-job, before Ferreck Dawn delivers some big room vocal house pleasure. Over on the flip, John Summit's "Deep End" is another beefy big room workout built around sweet female vocals and a thickset bassline, while Offiah's "Play It By Ear" is a 21st century update of the muscular, mid-90s MK sound.

As one-half of Sfere Recordings along with house legend Kerri Chandler, Dennis Ferrer’s name has rapidly built momentum over the past five years amongst house music aficionados. Ferrer's soulful and afro-house influenced productions have appeared on leading house music labels stateside and in Europe. With a discography of original productions that extend from respected labels such as Sfere, Ibadan, Large, and King Street to Basic Recordings, Madhouse and Chillifunk, Ferrer is poised at the very top of the game. He is also widely accepted as one of the leading remixers of this generation of deep house producers and has lent additional production to multiple works on Distant, Defected, Papa, King Street, Large and Slip n Slide labels to name a few. Hits of the past include afro-house biggies “Funu” (Basic Recordings), “Ko Ko” (Ibadan), “Reach 4 Freedom” (Kingstreet) and “Dem People Go” (Kingstreet) to soulful numbers such as “Wonderful People” (Metaphor), “Joy to the World” (Sfere) and his classic Soul Collective series on Large Records. Currently buzzing from the Ferrer catalogue: his exquisite production of “It’s A Beautiful Life”, a remix of S.U.M.O.’s “Stay”, and the sublime “Sandcastles” (co-produced with Ibadan’s Jerome Sydenham), reworkings of D’Jaimin’s “Oule Oule” (Slip N’ Slide) and Dubtribe Sound System’s “Nothing Is Impossible” (Defected). Ferrer’s interest in production and dance first led him into the world of early 90’s electronic music. After a number of years working with the critically acclaimed Synewave label from New York, he connected with Kerri Chandler who re-introduced him to the soul and funk of music from his youth via House. Ferrer’s love of such artists as T-Connection, DJ Rodgers, early Herbie Hancock, early Cameo and Confunkshun finally found ways to surface in his music. Chandler instantly recognized Ferrer’s talent for production and business sense and together they formed Sfere Recordings in 1998 (Sfere being a name derived from Chandler’s Shelter / Ibadan classic “Atmosphere” combined with Ferrer’s old techno alias “Aurasphere”). The label was devised with the ambitions of exploring many different aspects of soulful house including Brazilian, Gospel and Jazz sounds. The emphasis at Sfere is clearly, however, focused on songs since both partners believe in the timelessness of a great song. Ferrer’s DJ career runs in tangent with his increased visibility as a producer and his creative reach covers five continents. December 2003 saw his return to South Africa for a Heineken sponsored series of events alongside UK DJ powerhouse, Pete Tong. He has traveled to multiple European markets and played with regularity in many of the major venues in countries such as the UK (MOS, Soul Heaven, Back To Basics, Ultragroove, Angel Deelite, Neighbourhood), France (Cheers, Sunslice Festival, L’Ambassade, La Noche Festival, Queen), Scandinavia (Hultsfred Festival, Jeriko), Benulux (Pizzaz!), Russia (Propaganda), Greece (Balux), Italy (Red Zone), Japan (Module) and S. E. Asia (Club Ohm and Rouge). In North America he has crossed the continent with performances in NYC, San Diego, San Francisco, Chicago, Miami, LA, Toronto and Montreal. Read more on Last.fm. User-contributed text is available under the Creative Commons By-SA License; additional terms may apply.

Ferreck Dawn has been active as a dj / producer for 13 years now. Recently signed to Spinnin records, his latest release Love Too Deep made it into the top regions of the Beatport Deephouse charts for months and got high rotation airplays on big radio stations like BBC Radio 1 and Kiss FM. With remixes for big shots like Martin Garrix, Sander van Doorn and Steve Aoki, quality releases plus numerous international gigs, 2014 has been a defining year for Ferreck. Roll on 2015! Freek Coppens (aka Ferreck Dawn) has been active as a DJ and producer for over 13 years now. His productions -- released on well-known labels like Spinnin’ Records, Toolroom, Material, Nervous, and Hey records -- have been supported by DJs like Luciano, Carl Cox, Dubfire, Mark Knight, Davide Squillace, Matthias Tanzmann, Nic Fanciulli, Paco Osuna, Maceo Plex, Laurent Garnier, The Magician and even big guns like Steve Angello, Chuckie, Pete Tong and Tiësto. Last year Ferreck teamed up with Redondo, and together they released ‘Tattoo Girl’ on Material records. This tune became the best-selling track of the label in 2013 and made it into the Beatport Tech House Top 10 for several weeks in a row. Recently they released the official follow up to ‘Tattoo Girl’ -- ‘Love Too Deep’. The melodic hit has resided in the Beatport Deep House Top 10 for an impressive 3 months in a row and is taking over the airwaves with radio stations like BBC Radio 1, Tiesto supporting and Slam FM declaring the track a Grandslam. As a solo artist, Ferreck Dawn has had charting releases on Spinnin’ Records, Toolroom, and Nervous Records; features on multiple Sensation Compilations; and remixes for Martin Garrix, Sander van Doorn, DVBBS, Sander Kleinenberg, Funkerman, and René Amesz. The success hasn’t gone unnoticed. Spinnin’ Records, one of the biggest dance labels and home to Martin Garrix, Sander van Doorn and Oliver Heldens amongst others, recently signed Ferreck exclusively. With a lot of new tracks and remixes in the pipeline, and upcoming performances in countries like Romania, Sweden, United Kingdom, Spain and Greece, 2014 is going to be the year that Ferreck Dawn takes it to the next level. Contact: info@musicallstarsmgmt.com Facebook: https://www.facebook.com/pages/Ferreck-Dawn/137558552959142?ref=hl SC: https://soundcloud.com/freekcoppens Twitter: http://www.twitter.com/ferreckdawn Youtube: https://www.youtube.com/channel/UC16R5VTCrRTS3ouGQosiXwQ Website: http://www.ferreckdawn.com Read more on Last.fm. User-contributed text is available under the Creative Commons By-SA License; additional terms may apply.
FREE SHIPPING ON ORDERS OVER £100 TO UK MAINLAND ONLY
See exclusions
View Cart