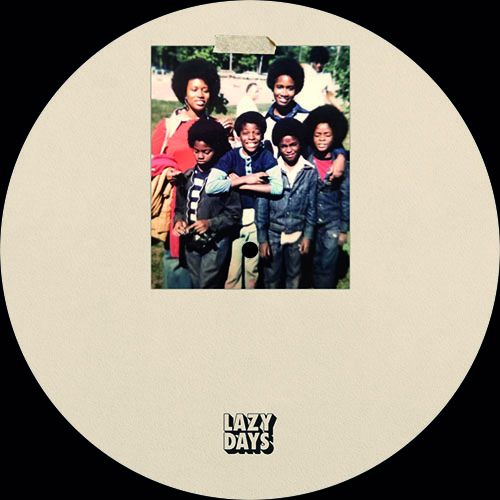 EVERYTHING, FRED / OWENS, ROBERT - I’LL TAKE YOU IN

- NEW RELEASE
Sorry, this item is currently unavailable.
ARTIST:
Everything, Fred / Owens, Robert
TITLE:
I’ll Take You In
LABEL:
Lazy Days
CATNO:
LZD083
STYLE:
Soulful House /
FORMAT:
Vinyl record
DESCRIPTION:
Deep Soulful House with Atjazz On The Remix - Celebrating 25 years as a recording artist and 15 years of his label Lazy Days Recordings, Fred Everything teams up with House Legend Robert Owens on ‘I’ll Take You In’. The track was recorded late last year when Robert was invited to perform with Fred in Montreal during a special event by Phil Collins (the artist not the singer!). The event was related to the art installation Bring Down The Walls, which examined racial injustice and the prison industrial complex in the US and Canada, through the unconventional lens of house music.

Robert Owens needs no introduction of course, being the voice behind so many House Classics such as ‘I’ll Be Your Friend’, ‘Mystery of Love’ and of course ‘Bring Down The Walls’. The song was written the night before the studio session after meeting with Fred for the first time.

It all came together naturally and has all the elements of a modern House Classic. Bouncy beats, rich chords and a driven bassline but most important : a song with a positive message and purpose deeply rooted in the tradition of this music we call House. On top of the Classic mix, there are 2 BTDW (Bring Down The Walls) versions, more stripped down, inspired by the event that made it possible.

The choice of Remixer was easy, calling on one of his best friend and longest collaborator Martin ‘Atjazz’ Iveson who also collaborated with Robert in the past. Off the heels of his recent #1 remix of St-Germain ‘Rose Rouge’, he brought is A-Game incorporating a latin vibe with a quirk, thanks to his modulars and Moogs rig. Atjazz can do no wrong when it’s time to rework a nice song. A true master with a unique vision and dedication to sound.

Last FM Information on Fred Everything

Born In Hull and raised in Quebec City, Fred Everything moved to Montreal in 1996. He was then working at Montreal’s institution Inbeat Records and secured himself residencies in the city’s top clubs. Signed his first record to DIY Discs in 1996 and started traveling internationally. Was the first Montreal DJ to make it big outside Canada. In fact, on his first trip to the UK in 1997, Fred’s set at the Sub Club was cited best set of In the City Music conference by DJ Magazine. Has toured the globe performing at such legendary and exotic venues as Fabric in London, Stereo in Montreal, El Divino in Ibiza, Lov.e in Sao Paulo, Propaganda in Moscow and a new residency at Club Next Door in Hawaii He’s a regular at the Miami Winter Music Conference performing alongside Mark Farina, King Britt and Francois Kevorkian and has recently played on the OM records float @ the San Francsico Love Parade Back in the rave days, Fred was known for playing sets that would go from house, to techno and even drum and bass hence his Everything pseudonym. Originally he was called DJ Everything which eventually changed to Fred Everything. 20:20 Vision Head honcho Ralph Lawson considers him to be one of the best house DJ’s on the planet. Has released original material and remixes on top labels such as: 20:20 Vision, Om Records (remixes of Kaskade, and Afro-Mystik), Turbo, Grand Royal (remix of Bran Van 3000 with Curtis Mayfield), Bombay (remix of Derrick Carter), Defected (remix of IZ and Diz), Compost, Feerange, not to mention cheeky re-edits of Missy Elliot and Erykah Badhu. His 2 artist albums: “Under The Sun” (2000) and “Light Of Day” (2004), both on 20:20 Vision, have been acclaimed by the press, the latest being quoted as “The Best Album of The Year” by iDJ Magazine. Released 3 mix cds: “Disconnection” (InMix 1997), “DJSET-01” on (Intonation 2001), and “House of Om” (Om Records, Nov 22nd) followed by an EP “Soulmates” (Om Records TBA) Released a collection of his best remixes titled ‘From The Deep’ (Bombay 2002) Throws a monthly Lazy Days (his own label) party at Salon Daome in Montreal. It looks and feels like an apartment, it’s actually a studio during the day. Very much a New York party kinda vibe. Video for "Revolution" (from Under the Sun) aired on MTV worldwide and was licensed for a number of their reality shows like Making the Video and Newly Weds. Collaborated with: AtJazz, Mark Bell, Miguel Graca, Toka Project, Joseph Malik, Karl The Voice, Heather, Roy Davis Jr, Andy Caldwell, Jt Donaldson, Lance DeSardi, The New Mastersounds, and Tortured Soul. Tracks have appeared on over 100 compilations worldwide by people like Danny Tennaglia, Steve Lawler, Danny Howells, Terry Lee Brown Jr, and Hipp-e and Halo. *taken from fredeverything.com Read more on Last.fm. User-contributed text is available under the Creative Commons By-SA License; additional terms may apply.

Robert Owens (born 1961) http://www.myspace.com/robertjowens is an House/Soul artist best known for his work with the Chicago House group Fingers, Inc. Robert Owens became one of the figures most associated with the late-'80s golden era of Chicago house. Born in Ohio in 1961, he grew up singing in the church, but was working as a DJ when he met pioneering Chicago producer Larry Heard in 1985. The pair formed Fingers Inc. with Ron Wilson, and released a few excellent singles ("You're Mine," "It's Over") and the 1988 full-length Another Side.The group dissolved soon after, though, as Heard's burgeoning solo-production career (as Mr. Fingers) took over. Owens had already released tracks on his own - "Bring Down the Walls" and "I'm Strong" for Alleviated, with production from Heard - and he signed a solo contract with 4th & Broadway. His 1990 LP "Rhythms in Me" was a solid effort, though it soon disappeared within the quickly disintegrating Chicago house scene. (One of his best-known singles of the late '80s, the epic house moment "Tears," appeared under the names of Frankie Knuckles and producer Satoshi Tomiie.) In 2000, Robert Owens appeared on the Photek hit "Mine to Give." He collaborated with Coldcut on their album Sound Mirrors, on the track "Walk a Mile in My Shoes" in 2006. He also collaborated with Rob Pearson on single "Escape from the Madness" which was released on Plastic City in 2007. Read more on Last.fm. User-contributed text is available under the Creative Commons By-SA License; additional terms may apply.
FREE SHIPPING ON ORDERS OVER £100 TO UK MAINLAND ONLY
See exclusions
View Cart